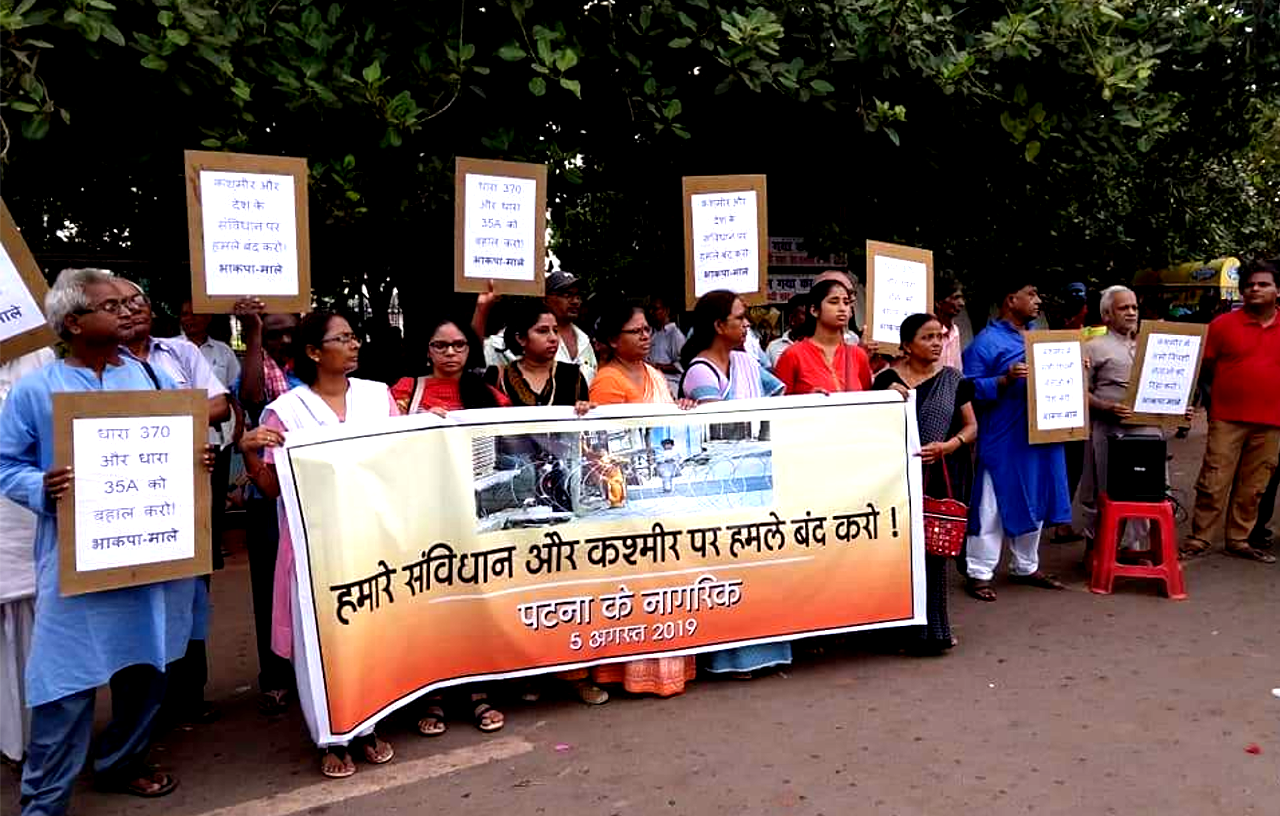 Right wing forces in Patna have attacked a peaceful  protest organised against the abrogation of Article 370, which until recently accorded special status to Jammu and Kashmir. A GroundXero report.

The meeting started and speaker after speaker condemned the central governments authoritarian move to scrap Article 370 of the Indian Constitution. As the protest meeting was going on, around ten to twelve persons with saffron flags, later identified as Bajrang Dal activists, were seen near the Bhagat Singh statue raising slogans like “Bharat Mata Ki Jai”. 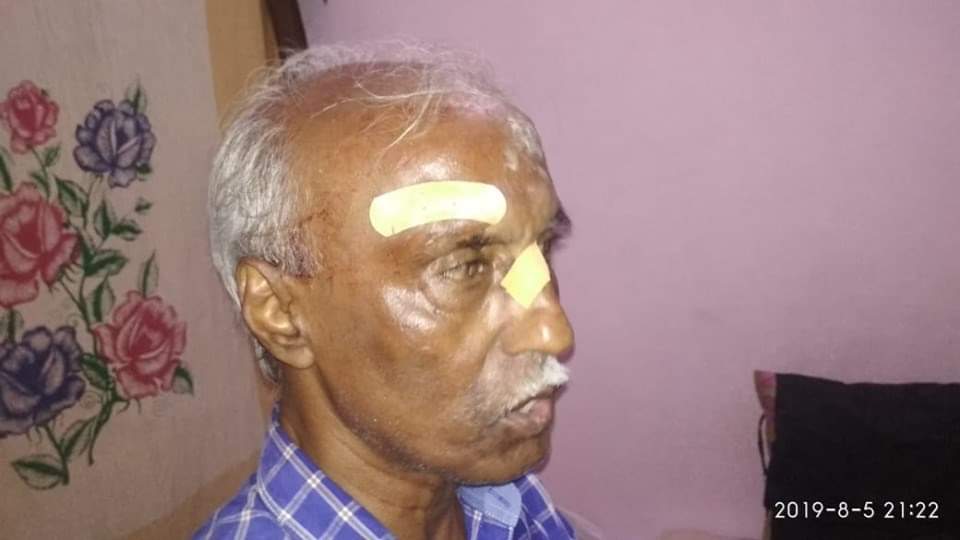 An eye witness told GX that during this period, the saffron flag-bearing Bajrang Dal activists started coming closer to protest meet. Initially they were around 50m away from protest meet but the distance reduced quickly to just around 8m. They mobilised their supporters rapidly, reaching themvia mobile phone. Their numbers soon increased, and after that they became increasingly aggressive and started pointing fingers at the activists participating in the protest meeting. Their goal was to instigate the passers-by, by chanting slogans like “Nathuram Godse Amar Rahen! (Long Live Nathuram Godse!)” and “Kashmir Hamara Hai! (Kashmir Is Ours!)”.

Rakesh Kumar,  an artist and eye-witness to the growing tension, narrated the situation as follows: “Situation was fast becoming very tense. Despite their provocative gestures, young activists of our side were cool and calm but kept a close eye on the agitated saffron flag bearers. Now the protest meet and saffron goons were face to face. I also saw one or two police men trying to pacify the saffron goons.   But at last they attacked the protesting activists.”

According to Sarfaraj, a human-rights activist: “Protest meeting was still continuing and last speaker [was] former director of the A. N. Sinha Institute of Social Studies D.M Diwakar, [who] was giving his concluding remarks. At last they attacked with sticks, bamboos, and grabbed the microphone, started abusing and assaulting women activists attending the protest meeting.  But first they were resisted and rebuffed. Later they were chased away and suddenly entire saffron group dispersed. Leaders of the saffron group were caught, thrashed by protesting activists, and handed over to [the] police.”

This man was later identified as Bajrang Dal leader Amit Kumar Rana. Amit Kumar Rana was rescued by police from angry activists attending the protest meeting. After that the meeting continued, followed by a march to JP roundabout as a procession shouting slogans like: “Dhara 370 ko bahal karo!” “Narendra Modi-Amit Shah murdabad!”, “Loktantra ki hatya band karo! (Stop the murder of democracy!)”. After the completion of procession, some protesting activists went to Gandhi Maidan police station and registered complaints against the Bajrang Dal members.

Ashish Ranjan of the National Alliance of People’s Movements, whose spectacles were broken and who sustained a shoulder injury due to the attack, observed: “We are living in Patna for so many years and it’s beyond our imagination that a peaceful protest meeting would be attacked. This shows that our civil rights are under threat. This is a very serious situation when we are not allowed to speak our mind, voice our dissent. We are living in very uncertain times.”