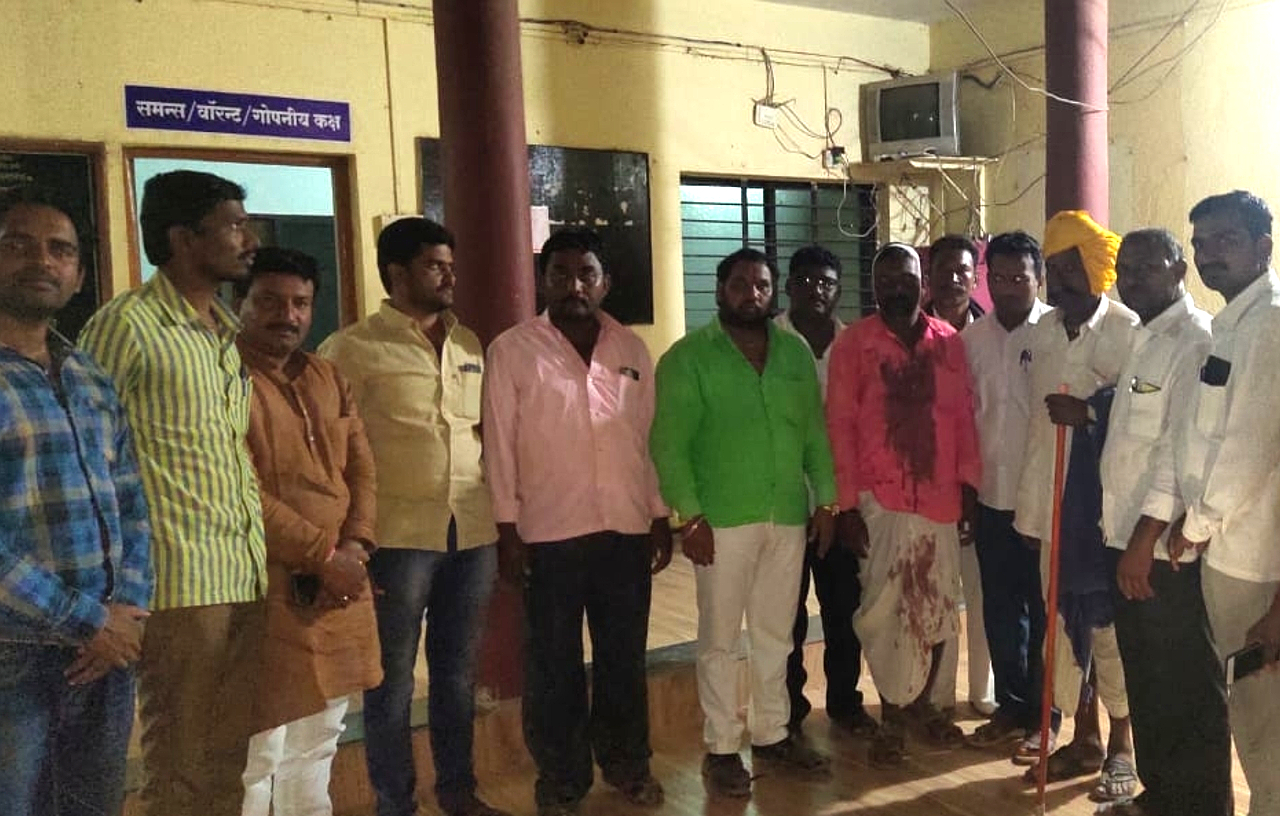 In a recent incident, members of a nomadic pastoral community were violently attacked by a local villager when they were herding their livestock, in the Solapur district of Maharashtra. In another incident, around 130 sheep from a nomadic shepherds’ camp in Usmanabad District died mysteriously. Arati Kade reports about these incidents that are symptomatic of the regular struggles of the shepherding communities in a fast alienating world.

Solapur, Maharashtra: Two persons belonging to a nomadic shepherding community from Karnataka were beaten up by a villager from Mangalvedha of Solapur district. Bhiva Sadev Kharat (35 years) and his father Sadev Kharat are from Hataraggivada, a village in the Indi taluka (administrative region) of Bijapur district of Karnataka. They are nomadic shepherds who came to Solapur district while herding their livestock. On 14th July, at around 3 PM in the afternoon, they were herding sheep on the Mangalvedha-Marvade road in Bommana Shivar (a pastoral ground near the village). As they entered an empty farm in Bommana Shivar, two men came up to them and started abusing them for entering the farm. The fight continued and eventually those two men assaulted Bhiva with a wooden rod. Bhiva alleged that the attackers took his gold ornaments as well. A police complaint has been filed against the assailant Gopinath Mali, under Sections 324, 427 and 504. Gopinath is a resident of Mangalvedha village.

“I was scared of filing a complaint as we have to stay in an isolated area near their village. We have only 2-3 families in our camp, they can attack us again. If we file [a] complaint we may have to visit the police station again and again which is not possible for nomadic people like us. We can’t even afford to visit the court frequently,” said Bhiva. Bhiva never went to school and doesn’t know how to read or write. Such situations force them to tolerate these atrocities quietly. Bhiva and other members of his camp came to Maharashtra to herd their sheep because of the drought affecting parts of Karnataka. “There is no rain and hence no fodder available near our district, this situation forces us to cover longer distances, so we came here in Solapur for the first time,” Bhiva continued.

The complaint was registered only after leaders such as Special Joint District President of Rashtriya Samaj Party Bapusaheb Metkari, Taluka President Dhanaji Rao Gadde, and leaders from the Vanchit Bahujan Aghadi – Birudeo Waghmode, Tanaji Chougule, Ramesh Mane, Ankush Gordade, Damaji Matekari, Avinash Metkari, Anil Bodade, and others – came out in support of the victims and staged a protest in front of the local police station.

Worsening ecological conditions and dwindling area of pasture lands are forcing Bhiva and other members of his community to cover long distances in search of water and fodder. This is forcing changes in their traditional nomadic routines, i.e. they are forced to seek out new nomadic routes. While exploring new routes of migration, nomadic Dhangar families often face hostility from local village populations. Changing migration routes also means that such families have to deal with the issue of safety – both of humans and of livestock – from such atrocities.

“Such kind[s] of atrocities repeatedly happen with nomadic shepherds, and many times it remains unreported. This shows the daily struggle of survival of the nomadic shepherd community. It is not easy for nomadic people like us to file FIRs and we do not even get any compensation,” said Anand Kokare from Mendhpal Putra Andolan. Mendhpal Putra Andolan demands that nomadic shepherds should be given licence to carry weapons for their protection from such attacks. Another long-standing demand of the organisation has been the setting up of a separate Commission to look into the issues faced by the pastoral communities, including those of violence. However, the Union Ministry of Social Justice and Empowerment this Tuesday ruled out any plan to set up a permanent Commission for Denotified, semi-Nomadic and Nomadic tribes.

According to latest updates, the accused in this case has been granted bail.

In another incident, 130 sheep from a nomadic shepherds’ camp near the Ther village in Usmanabad District died. They came from Ambejogai in the Dhule district. Their flocks were herding in an area near the village, when suddenly the sheep started dying. Around 92 sheep died in a day and 40 died afterwards. “Now we have 25 sheep left with us and we are poor people and cannot afford costly medicines and doctors. These remaining sheep are also dying – two to three sheep are dying daily after that incident,” said Piku Kare from the same camp. Piku suspects that his sheep were poisoned by someone, or they may have died due to pesticides that farmers use in their farms.

Nomadic shepherds often provide manure to farmers in the form of urine and dung of their sheep and goats. Farmers and nomadic shepherds (Dhangars) thus used to share a healthy relationship with each other. Farmers used to provide them with fodder in the form of agricultural waste and also used to give them grains in exchange of the manure. This used to help the farmer in waste management and also provide them with organic fertilizers.

With farmers adopting modern techniques of farming, they have begun using synthetic fertilizers which has resulted in a drop in the demand for organic fertilizers provided by the shepherds. Farmers also started using pesticides to protect their crops from various diseases which may also end up killing the sheep if they eat fodder from such farms. The shift from the traditional ways of farming to the modern ways has affected the relationship of shepherds and farmers, which was dependent on the exchange of manure and grains.

“Shepherds can get compensation only when they buy an insurance policy for their livestock, but as they have to pay a premium for that, shepherds avoid buying insurance and many of them are not aware about insurance policies. Secondly they can get compensation if accidents happens in the region[s] under [the] forest department. But in this case of Piku Kare, the sheep may have been poisoned due to pesticides or out of some enmity [with local villagers]. In such cases there is no scheme under which shepherds will get compensation. The only solution for this can be to conduct awareness campaigns among farmers about not using such pesticides which can kill animals,” said Somnath Dadas, an alumnus of TISS, Mumbai. Somnath did his research on the Nomadic Dhangar community of Maharashtra.

Feature image: Members and leaders of the nomadic community and other mass organisations, together with Bhiva Kharat [in a pink shirt with blood stains], in front of the police station.