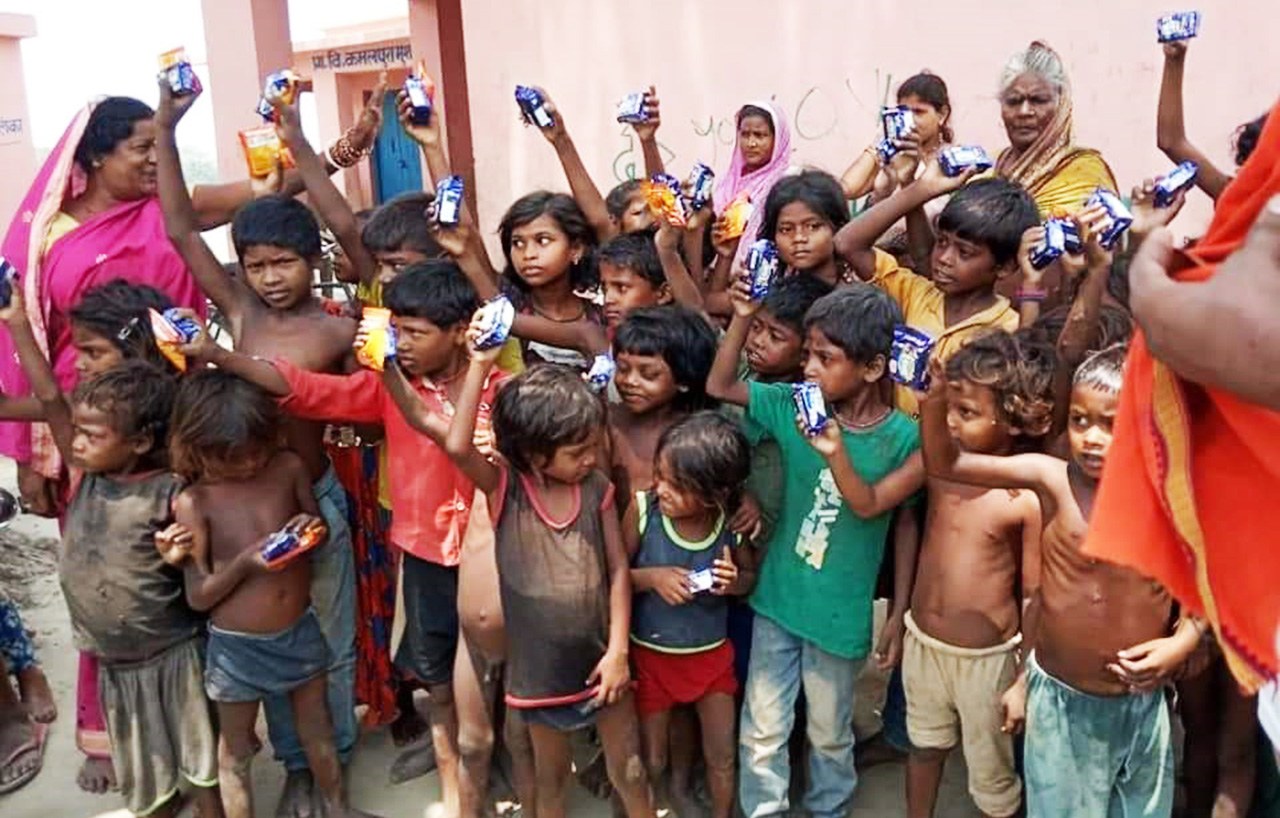 After the death of over 200 children due to AES in Muzaffarpur created a national furore, the health department seems to be moving seriously, but will any serious overhauling of the system at the policy level happen? Writes Anish Ankur.

Strange things are happening in Bihar after the death of more than 150 children due to Acute Encephalitis Syndrome (AES). In a shocking incident, remains of human skeleton were found within the premises of Sri Krishna Medical College (SKMCH) in Muzaffarpur, where child deaths have been reported. An FIR against nineteen persons have been filed by Vaishali police in connection with the protests by parents of the dead children. It has also been reported that while many children have died, many have also been saved – not by professional doctors, but by ‘quack’ (unauthorised medical practitioners). There has also been news of supply of fake medicines to the government hospitals.

Meanwhile, a lot of petitions have been filed in the courts related to AES deaths. The news of children’s deaths are still coming, though the numbers have decreased.

Political leaders who were silent so far, have now started expressing their ‘condolences’. After more than three weeks, the Prime Minister broke his silence by describing the AES deaths as a matter of shame and one of the biggest collective failures of the nation. RJD leader and Lalu Prasad’s younger son, Tejaswi Yadav, who was absent from the state for the last several weeks, has re-appeared and  tweeted that he had been “following the untimely death of poor kids due to AES.” Opposition parties have disrupted proceedings in Bihar Legislative Assembly and are demanding the removal of Health Minister Mangal Pandey for his negligent attitude towards the deaths.

For the last one month, SKMCH in Muzaffarpur has been in the lime light for these deaths. But now charred corpses and several skeletal remains were found strewn on the ground or stuffed into sacks in the bushes. It is being said that the health officials and police used to throw unclaimed bodies in bushes instead of performing the last rites. Whatever the truth might be, the state health department and the Muzaffarpur district administration immediately ordered an enquiry into this inhuman practice, following a furore across the state.

Residents of Harivanshpur village, that comes under the jurisdiction of Bhagwanpur police station in Vaishali district, had on 26th June blocked the NH 22 to protest the AES deaths and lack of water supply. Incidentally, after the protests, water supply was restored to the village through tankers. “Had we not protested, nobody would have cared to provide water to our village, which lost 11 children due to AES.” However, the police have lodged an FIR against protesting villagers for the road blockade.

Role of temperature and humidity

A new study by the Department of Environmental Sciences at the Central University of South Bihar (CUSB), related to AES deaths during the period of 2009-14, observed a connection between humidity and temperature, with AES.  Dr. ParthaSarthi, Associate Professor, Department of Environmental Sciences, said “Whenever the humidity and temperature increase during the months of May/June, AES cases show an increase, while Japanese Encephalitis (JE) cases tend to increase in September and October. Vaishali, Muzaffarpur, East Champaran, Sheohar, Samastipur, Gaya, Nalanda, Nawada, Jehanabad, Aurangabad are more vulnerable to AES.”

Dr. ParthaSarthi, along with his research scholar Dr. Praveen Kumar, who did a PhD on the same topic under him, carried out their project over a period of six years on the basis of symptoms and patterns of AES.

Dr. ParthaSarthi is also the President of Indian Meteorological Society, and has worked on various research projects on monsoon modelling and variability, and seasonal prediction of Indian monsoons. He pointed out, “AES is a clinical condition. There is a need to know the status and trends of AES and JE in the districts, to build proper framework for interventions and decision making for the control of AES and JE in near future. Our research is strictly on the climatic aspect, while medical experts can explore other angles.”

He also delineated the variability of temperature, rainfall and humidity etc., and how they had direct influence on various aspects of human health through infections and vector-borne diseases by saying that, “The number of observed AES cases over the years, from 2009 to 2014 started appearing in April-May and attained its peak in June. Once rain starts, the number of cases start declining”.

A petition has been filed by advocate Pankaj Kumar to the Chief Judicial Magistrate (CJM) in Muzaffarpur, regarding the supply of fake medicines in Government hospitals. The CJM has ordered an enquiry after an allegation was made that counterfeit medicines were being supplied to the Government hospitals in Muzaffarpur. The petition also alleges that the Government hospitals were not obtaining medicines from the Government–certified agencies, and a nexus between hospitals and private agencies and laboratories has developed. According to the petitioner, “From 1995 onwards, children have been dying in the summer season in Muzaffarpur. In 2014, I found after obtaining information under RTI, that all the medicines received in the hospital from the government are fake. I demanded that the medicines should be examined and only then distributed amongst patients”. The complainant has accused Bihar Chief Minister Nitish Kumar, Union Health Minister Harsh Vardhan, Minister of State for Health Ashwini Kumar Chaubey and Bihar Health Minister Mangal Pandey, amongst other officials. The court has taken cognizance in the case, and the next hearing is scheduled for July 5.

AES deaths have badly exposed the health scenario of Bihar. The state has sanctioned posts of 11,734 doctors. But there are only around 6000 doctors in Government hospitals and Medical Colleges. Of these, 2000 work on contractual basis and the rest are permanent. Ideally the doctor: patient ratio should be 1:50, but presently in Bihar the ratio stands at an alarming 1:17,600.

In most villages, this wide gap is being filled by ‘quack doctors’  at the village level, who offer emergency medical aid to the peoples in the deprived rural areas. A lot of people have said that while in dire needs, they were helped by ‘quack doctors’.  Several children in Harivanshpur village in Vaishali district lost their lives. Whenever symptoms peculiar to AES appear, and the nearest  Government health centre is many miles away, most of the villagers are left with no other option than to consult persons like Raj Kumar Thakur, who is a retired health department employee and offers medical help to people, especially the poor, charging them within the range of Rs. 20  to Rs.100. Such persons are the only hope when it comes to medical emergencies for people across more than fifty villages around Harivanshpur and Prataptand.

Chhotu Kumar describes a situation when such doctors become a necessity, “He saved my three year old son, who was suffering from AES symptoms. Poor people have no choice except to go to them because they hardly find a doctor in the PHC, and going to SKMCH  in Muzaffarpur town by private vehicle is very costly.”

Iqbal Mohammad of the RJD (Rastriya Janata Dal) commented, “Even if they (‘quack doctors’) are spoiling a few cases, it doesn’t matter much, as they are also saving several precious lives of the poor in total absence of Government health care.”

The Supreme Court expressed ‘grave concern’ over the AES deaths in Bihar, and sought response from the Centre as well as State Governments on a petition filed by Advocates Manohar Pratap and Sanpreet Singh Ajmani, who complained that negligence and inaction by the Governments was responsible for the deaths of more than 150 children. The Apex Court directed the Centre and State Governments to respond within seven days with details of medical facilities, sanitation, nutrition, and hygiene conditions of Bihar.

Observing the AES deaths, the vacation bench of Justices Sanjeev Khanna and BR Gavai said, “These deaths are a serious issue as most of those who have died are children. These deaths cannot go on. We need answers.”

Government is conducting a survey

After the outrage caused by the AES deaths, a central team from Delhi has prepared an exhaustive questionnaire, as part of its public outreach research programme to find out the cause of the disease and also to decisively conclude whether litchi is a causative factor.

The main scientific reason of this disease still remains unknown, despite several research projects undertaken in the past.  The questionnaire of the central survey, headed by the National Institute of Epidemiology (NIE), Chennai, will look into factors like relation of litchi with the disease, eating habits of AES-affected children, vaccination, access to mid-day meals, Anganwadi Centres, visits by health workers and socio-economic parameters in the AES-affected areas of Muzaffarpur.

In fact, there has been a lot of criticism of ‘litchi’ being used as a smokescreen to hide the socio-economic reasons behind the deaths. Empirical data suggests that malnourishment makes children significantly more vulnerable to the disease and most of the deaths are of poor children, still, a section of the survey exclusively pertains to the ‘litchi’ factor. It asks parents, if their AES- affected children consumed litchi, if so, which variety (Shahi or Chinese Litchi), if they consumed unripe litchi, whether they routinely wash litchis before eating, etc. It also asks if the child visited the litchi orchards or if there were litchi orchards near the house of affected families.

Local teams from the Indira Gandhi Institute of Medical Scienes (IGIMS), Patna, and the Srikrishna Medical College and Hospital (SKMCH), Muzaffarpur, have been engaged to collect data. Community medical departments of SKMCH and IGIMS, headed by Dr Madhav Sharan and Dr Sanjay Kumar respectively, have been roped in.“We are targeting to interview around 320 families, which include homes affected by AES and also those residing nearby. IGIMS has been asked to interview 90 families, SKMCH team will collect the rest of the data. The research findings would help the State Government to chalk out public intervention programmes,” said an officer from the Health Department. The data is expected to be collected within the next one week.

Along with NIE, the central team comprises researchers from the Indian Council of Medical Research, AIIS Delhi, National  Institue of Virology, Pune, National Institute of Nutrition and the Centre for Disease Control, Delhi.

Bihar Chief Secretary, Deepak Kumar, said about the purpose of this survey,“The detailed socio-economic survey will be conducted at Kanti, Bochaha, Meenapur, Mushahari and Paroo blocks of Muzaffarpur. Our survey will not delve in to the clinical aspects of AES, but it will be a bonus if it reveals the causative factor of the disease. Our survey will be empirical, and concentrate on the socio-economic factors of the families hit by AES.”Bihar is eagerly waiting for this report.

At this moment, the health department seems to be moving seriously, but will any serious overhauling of the system at the policy level happen? Social-political activist Gopal Sharma opined,“All these initiatives are being taken only after so many children’s deaths. This happens every time. These changes are just cosmetic in nature and nothing substantial is going to happen at the ground level. Children are dying for more than two decades. When the deaths become alarming, the health department as well as the district administration does some tinkering here and  there, but it is just an eyewash to calm down people’s anger”

Anish Ankur is a social and cultural activist from Bihar.

Cover image : Poor children from a AES affected village provided a packet of biscuits shows how concerned the Government is! Image courtesy to the author.