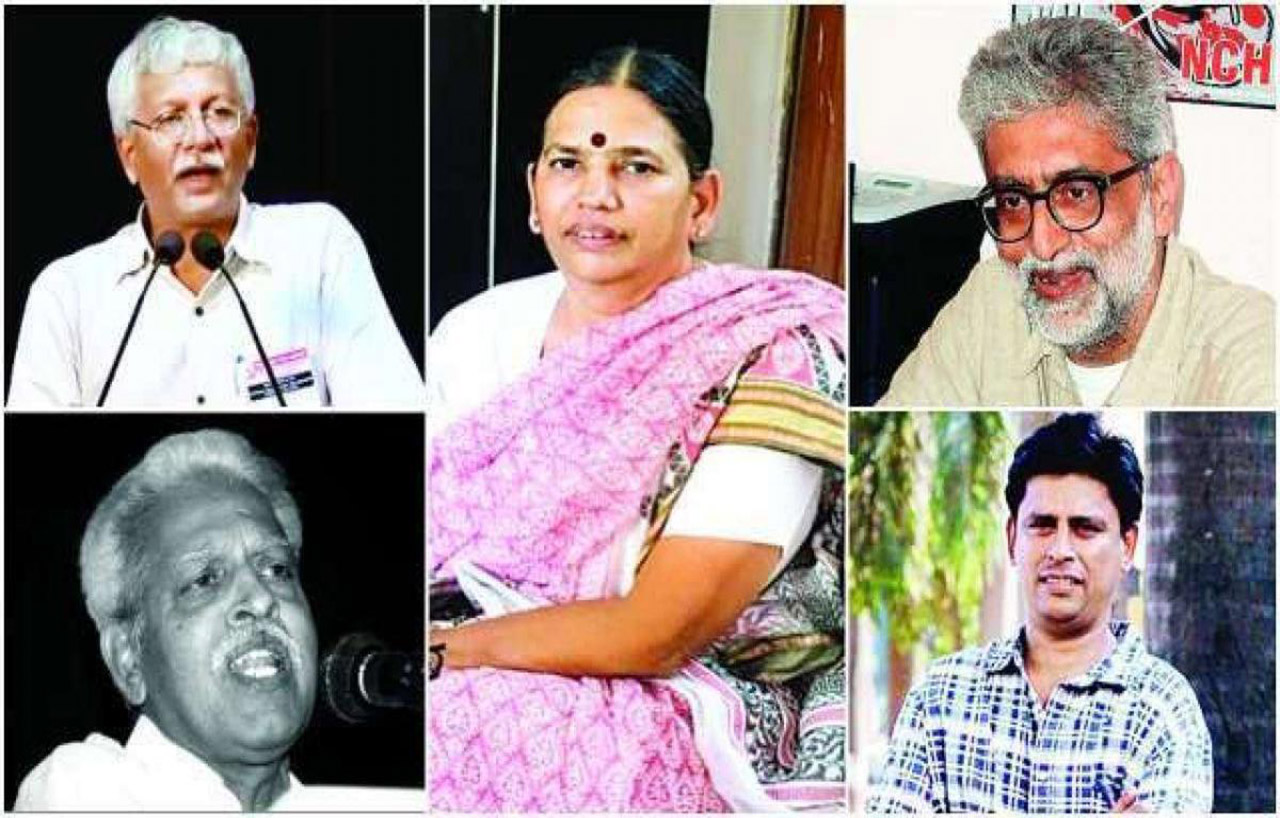 “All political prisoners must be immediately and unconditionally released”: arrested activists write to the MH Governor

Nine activists and human rights defenders jailed for more than a year in connection with the Bhima Koregaon Elgar Parishad on January 1, 2018, have written to Maharashtra’s Governor Ch. Vidyasagar Rao, asking for immediate and unconditional release of all political prisoners.

The letter – signed by advocates Surendra Gadling, Sudha Bhardwaj, Arun Ferreira, writer and activist Sudhir Dhawale, Professor Shoma Sen, activists Vernon Gonsalves, Rona Wilson and Mahesh Raut – rejects the allegations laid on them by the prosecution and condemns the replacement of a real lawful trial with the media trial that is being run. While five of the activists were arrested on June 6, 2018, the rest were picked up on August 28, 2018.

Here is the English translation of the original letter written in Hindi, a copy of which was accessed by GroundXero.

The Governor of Maharashtra

We have been held under judicial custody for the past one year in Yerawada Central Jail of Poona. Five of us were arrested on June 6, 2018, for the alleged crime related to the ‘Elgar Parishad’ that took place in Shaniwarwada of Poona, and four others were arrested on August 28, 2018. We have been accused of various criminal conspiracies such as inciting violence in Bhima Koregaon on January 1, 2018 as well as inciting hatred and hostility between two communities, sedition, anti-nationalism etc. These are utterly false charges.

If  ‘the nation’ means its people, then how can it be an act of anti-nationalism if the people of the country speak against an elected government and inspire others to think likewise? It is not true that the audience were being provoked to violence against the government through the speeches, motivational songs or plays presented in the Elgar Parishad Convention. Rather, an appeal was being made to the people to collectively struggle against exploitation and oppression in order to ‘defend the Constitution, the democracy and the nation’, and to refrain from voting for the BJP Government which has been acting against the Constitution. It is for this act that we have been charged under fabricated crimes. A severe act of injustice is being perpetrated on us.

Despite clear guidelines of the Supreme Court through the rule of ‘bail not jail’, the matter of our bail petitions is being indefinitely dragged by the prosecution. Just like the public prosecutor and the investigating police officer have run the case like a media trial, our bail hearings have been turned into a mini media trial as well. The emails that have been allegedly exchanged with Maoists are being readily published by the prosecution through the media. But the relevant electronic documents have still not been given to the accused party for more than a year now. This raises doubts about the prosecution’s intentions. Political detainees are in this way rotting in prisons for years – a straightforward violation of the fundamental principles of ‘justice for all’ and ‘justice on time’.

‘Sabka Saath Sabka Vikaas’ – this has been the slogan of the new government but one can arguably be suspicious of how effective it would be in reality, simply by looking at the past doings of the previous governments. If the government wishes to win the people’s confidence from all factions, it will first have to prove its commitment to the Constitution, based on which it functions. And for that, it must provide equal justice to all. Crushing all disagreements, anti-government stances and critical ideas, and arresting all opponents under the charge of anti-nationalism is an open attack on the freedom of expression. As the new government has come to power, cow-lynching has begun all over again. Not only is the government being oblivious to such violence, it is also not taking any steps to prevent religious fanaticism inciting hatred and hostility, or acts such as public commemoration of Nathuram Godse. ‘Sabka Vikaas’ is thus clearly a hoax.

If democracy means constitutionality, then why doesn’t everyone in the country get equal justice? Why are some held inside as prisoners while some roam freely outside? If indeed a constitutional democracy is to be established in India, then we demand as its precondition that all political prisoners be immediately and unconditionally released.