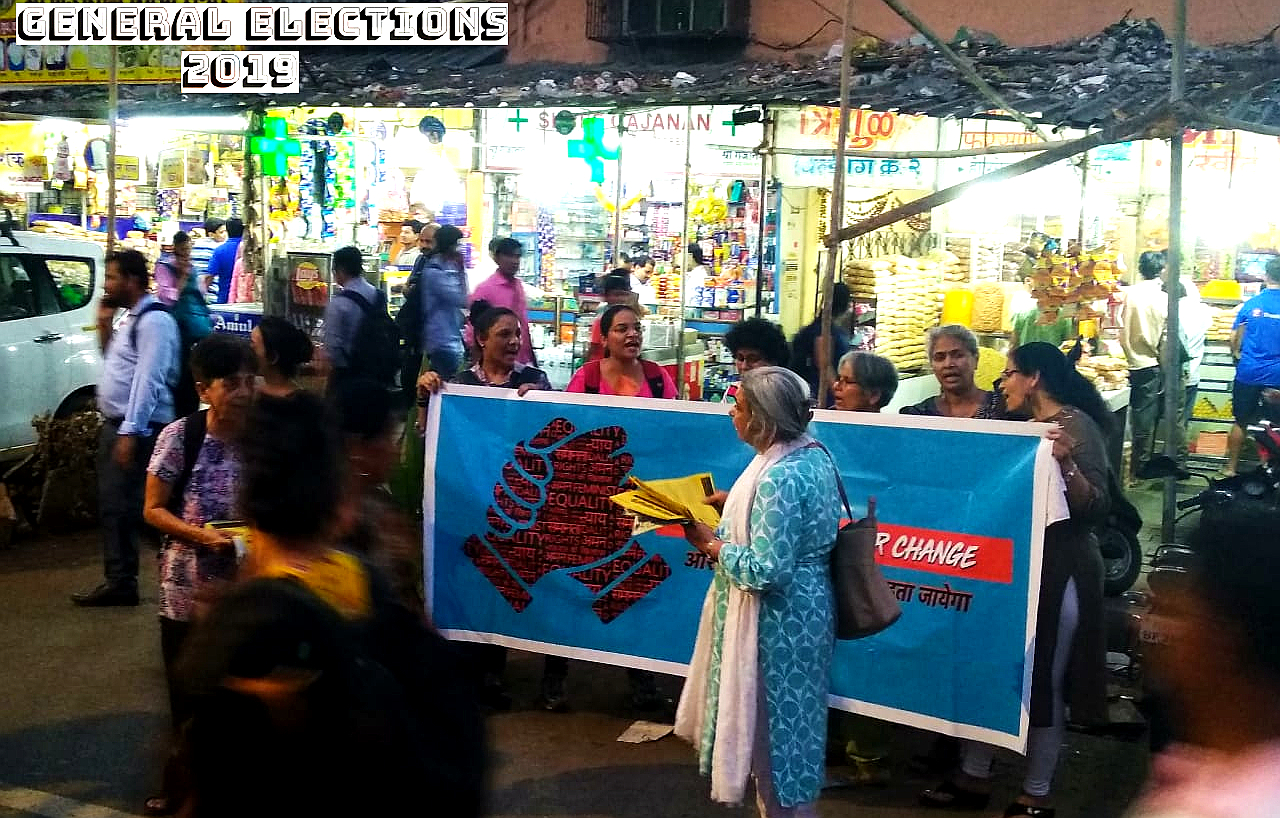 While major political patriarchs of the likes of Narendra Modi, Raj Thackerey, Uddhav Thackerey and Sharad Pawar are busy with final rounds of muscle-flexing rallies and meetings before the city goes for polls on Monday, around 25 women and a few men in Mumbai have been running a different campaign for a week now. Activists from the “Women’s March 4 Change” are conducting an outreach campaign among train commuters in Mumbai asking people to vote against the politics of hate and violence, perpetrated by the present authoritarian regime. A GroundXero report on snippets of conversations members of the campaign had with the commuters. 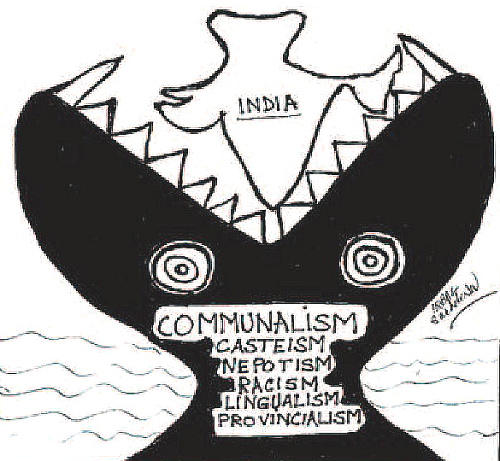 Members of the Women’s March 4 Change campaign in Mumbai – a collective of feminist, LGBT and other organisations – have been hitting the city’s suburban railway stations and ladies special trains to campaign against the normalization of hate politics under the current regime. The group of activists have been distributing leaflets outside of stations on all the three ‘lines’ of the Mumbai suburban railway system, asking common voters to vote against hate-politics. Other than downtown busy centers such as Parel and northern elite suburbs such as Andheri, the group also campaigned in areas like Mumbra – a Muslim-dominated area where large numbers of people had to shift to, after the 1992-93 riots in the city. They also took a women’s special train from one end of Mumbai to another, hopping from one compartment to another to meet and talk to the women commuters.

In a 4-page leaflet titled “Our Vote Counts!” a set of gender rights organisations running this campaign discussed the policies of the current government and what these elections were likely to come up with. The campaign was launched on 4th of April, when these organisations held the Women’s March for Change rally against the organised attacks on women and other marginalised gendered people under the current regime. The leaflet talks not just about the failures of the Modi Government in the economic or social part of governance, but also details the failure of the flagship schemes of Narendra Modi, the organised attacks on those who are raising their voices against his regime, and the crumbling of other institutions that are supposed to be “pillars of our democracy”.

Many women in the train, mostly from the working class, and some at the stations, read the leaflet and said they agreed with it; some showed the thumbs up and said their experiences were reflected in the leaflet. Few of the women, and men as well, spoke at length about what they had gone through in the last 5 years. Several women told the team, “You have taken a lot of effort to bring this out. Thank you.” Some said, “These are very dangerous times and very dangerous people. Do take care.” 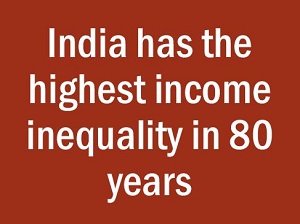 Below is a compilation of some of the interactions the women campaigners had with people in various locations. “Surprisingly, we encountered very few people who were hostile to us and to the campaign, though there were some who did argue, and some who told us we were not allowed’ to do what we were doing; that it was illegal!”, said Sujata Gothoskar, one of the members of the team.

Three young men who work in the IT sector at Lower Parel: “To tell you the truth, all of us voted for the BJP last time. We were so fed up of the Congress and the loot they were involved in. We decided we no longer wanted thieves to rule the country. But soon we realized that we have exchanged a bunch for thieves for a gang of murderers. Now we feel thieves were any time better.” Another man however from the same area talked about Nitin Gadkari’s efficient functioning and his candidates’ attempts to reach out to the voters. 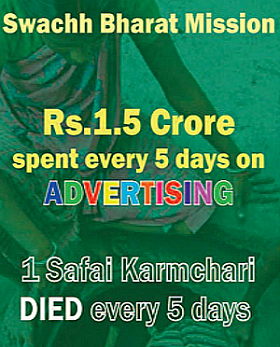 One woman street vendor in Bandra: “Life was not all good and rosy even before these last 5 years. Look at our home, all dilapidated. But at least we could eat twice a day. Last 5 years have been full of anxiety in different ways. We can’t even tell whether the people who leave for work in the morning will return home in the evening or not.”

The man who was accompanying her said of his family farm in Uttar Pradesh: “You know what, our brothers and cousins tell us they have not slept peacefully for the last several months. That is because cows that have stopped giving milk have been let loose and they have destroyed our wheat crop and all other crops. They said there will be cow-sheds that the government will start and finance. But no such thing has happened in our entire area.”

One man at Andheri station looked at the leaflet for a couple of seconds, read a few words and retorted: “Achche Din?! All bakwaas, nonsense.”

A few men and women in Bandra East: “We know whom to vote for. This government has given us nothing but grief. They have made life very difficult for us. But how can we be sure that the EVM will not be tampered with? We are very scared about that.”

“It’s strange when people say Modi ne bohot kuch kiya…, they soon run short of examples. […] But they are just glued, given in totally. Met a few people like that in the last few days. Women to hawkers to autowallas to office people,” said one of the team members about her experience of talking to the people on the streets. 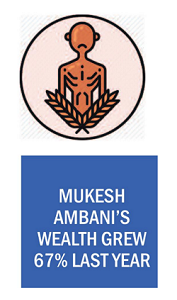 On the other hand however, some women expressed interest in being a part of the campaign themselves. One man at Andheri said it is a very important work that these groups are doing, and he is disturbed to think what would happen if this government comes back. He also said he would like to help, and offered to join the campaigning over the last weekend before the city votes. 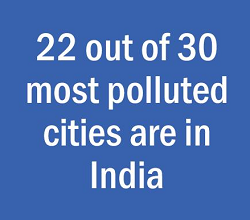 There were a few who did object to the leaflet and the campaign. One man who was trying to convince the team of the “achievements” of Modi Government, was interrupted by a street hawker who alleged that his business has been affected adversely in the last 4 years. The supporter of Mr. Modi advised the hawker to go to the Nagar Palika. One person attributed the promise of “15 lakh in each bank account” to Rahul Gandhi. “At least half a dozen people read and returned the leaflet to me yesterday saying their vote is for Modi irrespective,” said one of the team members.

At the CST station, one man came back to the group and said, “Take your communist leaflet back.”

On the other hand, after reading the leaflet, one man at the station offered to pay for lime-juice for the campaigner who had handed him the leaflet. One man who hailed from Odisha said similar campaigns must be run in his state as well.

“There is much less hostility on the ground as compared to what one would imagine from the various [mainstream] media. The younger voters we met, were the most encouraging ones,” observed one member.