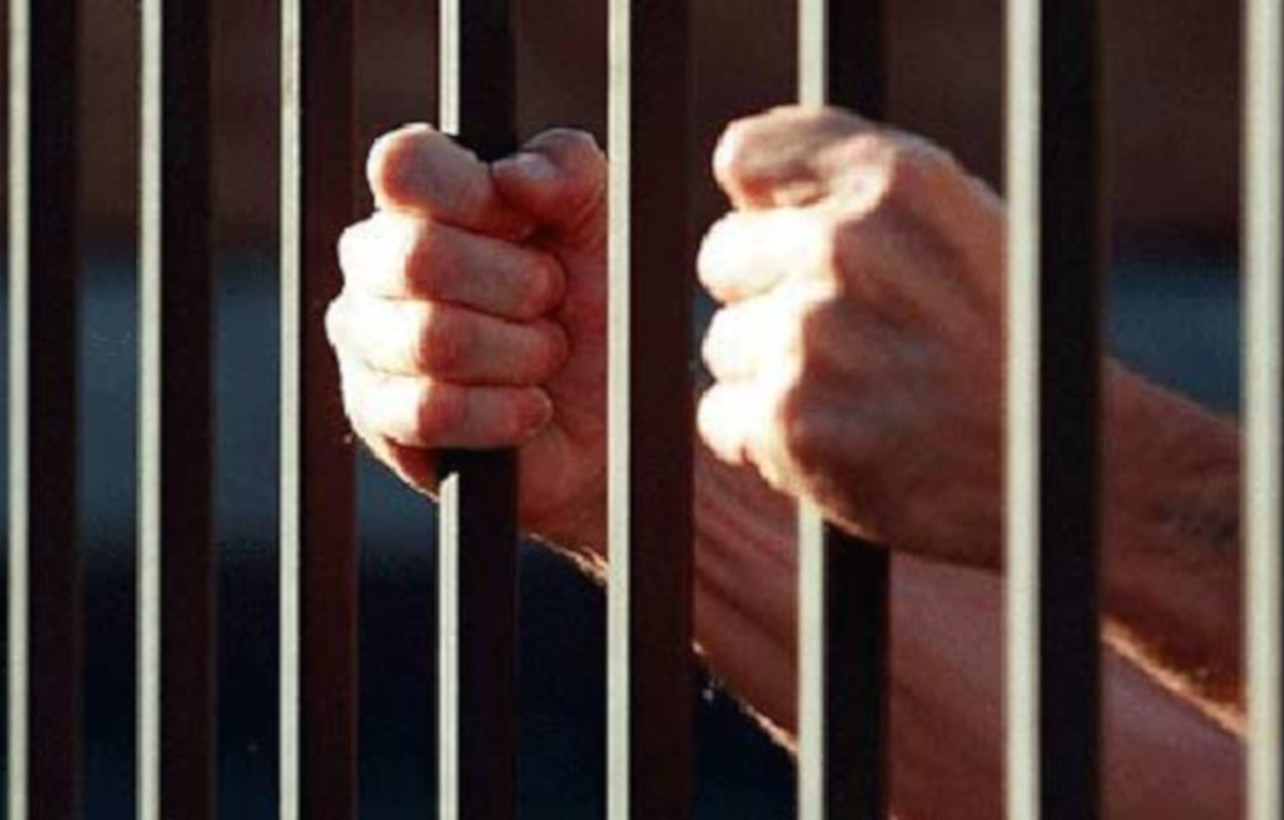 Away From The Public Eye, Thousands Of Prison Deaths Every Year

Lack of information about prison conditions

Prison conditions are a rarely reported subject in the mainstream media in India, even though thousands of inmates die in prison every year and the prison population is increasing every year as per the available data from the National Crime Records Bureau (NCRB). The central and state governments have not made reporting on prisons any easier; entry of journalists, filmmakers and NGO workers in prisons has been barred due to a central government order since July 2015 except in case of ‘special requests.’ In Kerala, it is now mandatory for visitors to show their Aadhar card for meeting inmates, following a circular issued by the state ADGP in 2017 which was again based on an order from the Ministry of Home Affairs. The NCRB, which publishes prison statistics annually, has not released its prison statistics report for the years after 2016, and the report for the year 2016 was not released until 2018. Notably, the NCRB is the only primary source for publicly available prison data.

Thousands of deaths in prisons every year

“Sleeping on floor with more than 150 prisoners in a cramped barrack with millions of mosquitos in night and thousands of flies at day. Trying to swallow food to live, bathe half naked in the field and shit in a toilet with a broken door, waiting for Sunday, Tuesday and Thursday to meet my family.”

–     An excerpt from a letter written by Dr. Kafeel Khan while he was an inmate in a Gorakhpur jail.

The problem of overcrowding

There were, as of 2016, 4.33 lakh prisoners in prisons with a total capacity of 3.80 lakh inmates. The average national occupancy rate was 114%, while it was 190% for Chhattisgarh and 180% for Delhi. As of December 2017, 96,387 prisoners were living in 62 prisons in Uttar Pradesh with a stated total capacity of 58,400 inmates, as per the aforementioned RTI report. The same RTI report, which was about the prison situation in Uttar Pradesh, revealed that in some parts of Uttar Pradesh, the occupancy was five times the capacity and overcrowding has only increased in 2018 from the previous year.

While prisons are overflowing, they are grossly understaffed. As of 2016, which is the last year for which there is publicly available data, there were 26,561 vacant executive posts, which is about 39% of the 67,858 sanctioned executive posts. Out of the 3,109 medical posts, 1,085 posts were not filled. In West Bengal, there was 1 medical staff per 999 inmates. In some Union Territories such as Lakshadweep, there was no medical staff. Some prisoners have serious health conditions while some others develop illnesses due to poor food and hygiene conditions. Many women enter prison while pregnant, and as of 2016 there were over a thousand children below six years of age in prisons, accompanying their mothers. Tuberculosis is common among prisoners. 9.5% women prisoners and 1.5% male prisoners were found to be HIV positive according to a study published in 2010, both figures being much higher than the national average. Female prisoners rarely get basic necessities such as sanitary napkins. Several prisoners attempt suicide every year. The consequences of inadequate medical facilities in prison include disability and death.

Most prisoners are undertrials and from the marginalised sections

As of 2016, an overwhelming 68% of prisoners were undertrials, of whom 39% had spent 3-12 months and 24% had spent over a year in prison. As per a 2017 Amnesty International report, Dalits, Muslims and Adivasis constitute 53% of Indian prisoners, despite these groups together constituting 39% of the total population of the country. About 70% of the prisoners were either illiterate or had not studied till 10th grade. It is reasonable to conclude that most of these people were poor and got much less than the legal help they needed for their cases. There are several extremely serious disadvantages of not being able to read and understand documents relevant to one’s case. Court cases require difficult paperwork, drafting of applications, etc. for which even mere literacy is often not sufficient. Also, lists are made of one’s belongings when a person is admitted into prison and being unable to read and understand the list leaves a lot to the benevolence of the officers in charge.

When was the last time you saw a photograph or a video of the inside of an Indian prison, if you ever did? Except for a handful of prisons such as the Tihar jail, touted as a ‘model prison’, parts of which are open to tourists, the conditions of around 1400 prisons of India are kept shrouded from the public eye with the help of government orders. A reporter cannot walk into any of those 1400 prisons and take a photograph of a prisoner’s meal and show the world what kind of food is served in prison, or whether the prisoners suffering from illnesses are getting proper medical care, or whether enough care is taken so that diseases do not spread in the prison, or whether there are any recreational facilities – because under the new order by the central government, she cannot enter the prison without ‘special permission’ that is absurdly difficult to get. Even if a really well-connected journalist manages to place herself inside a prison, she will, after her visit is over, have to hand over all her recording devices to the jail authorities for inspection, who have the right to delete whichever content they want. This largely blocks photo and video journalism, which are often capable of making a strong impact on their audience and such forms are even more important in a country like India where there is widespread lack of literacy.

“These children who grew up in prison have never seen the moon because the gates close by 6pm. If you ask them to point at the moon, they point at the TV in the jail because that’s where they saw the moon.”

– B. Anuradha, during a panel discussion at People’s Literary Festival, Kolkata, 2019.

Besides its glaring absence in the mainstream media, prisoners’ welfare is hardly an agenda that the society at large concerns itself with. It does not feature on election manifestos of big political parties. There was no visible outrage when the central government announced the ban on the entry of reporters in prisons and the coverage of this ban was also limited to brief pieces in a few dailies. The thousands of prison deaths do not move the society enough to raise a strong demand for prison reform. Why is that?

–  Rita (name changed), an acid attack survivor from West Bengal who lost both of her eyes due to the attack, during a conversation about her attacker.

Indeed, the charges against the majority of the prisoners in Indian prisons, according to the NCRB data, are of causing ‘bodily harm’ and ‘violence against women’, which include murders, rapes and domestic abuse, among others. It is hard to tell how many of them actually committed the crimes they are accused and in some cases convicted of, or even the circumstances of the crimes, but perhaps it is safe to assume that some of them did commit the crimes they are in prison for. Prisons are largely viewed as a tool to scare people with instead of as a correctional facility. The idea that prisons must not be comfortable, or it will encourage crimes does exist in the Indian society, and as access to basic necessities is so hard for the average Indian, some wish a harder life for prisoners as a way to dissuade people from committing crimes. The idea of prison reform requires a shift in perception from prison as retribution or a tool for intimidation to prison as a way to rehabilitate a person, which is a difficult task to achieve, but is necessary for making prison reforms a social issue.

One outcome, however, of the Indian government putting protesters and activists in jail on either concocted charges or under the various sedition laws is that the conditions inside prisons are being spoken and written about by activists on different non-mainstream and occasionally some mainstream media outlets. The function of prisons as a tool for intimidation against protesters is also well recognised by activists like Soni Sori and Arun Ferreira, who have extensively spoken and written about the horrors of prisons. Prison literature in India has been around for long, some even enjoying some popularity, such as Minakshi Sen’s book ‘Jailer Bhitor Jail’, written a few decades ago about her experience in prison. Prisoners themselves have occasionally united in protest against the conditions in which they are kept. In 2011, hundreds of undertrial prisoners went on a hunger strike demanding speedier trials.

Still, it remains notoriously difficult for a prisoner who does not have support from people outside prisons to prevent mistreatment or denial of legal rights in prison. Many of the prisons in India currently holding prisoners were built by the British and have not changed in structure since. Some of the prison cells that were specially built in the British period to break ‘special’ prisoners are still in use. It is of utmost importance, for the sake of the over 4 lakh prisoners in India, that measures are taken to reduce overcrowding, improve the conditions of prisons, make good medical care available to prisoners, provide easy access to education and books, build recreational facilities and arrange for special care for the children in prison. Unfortunately, such demands are yet to gain steam in mainstream politics.