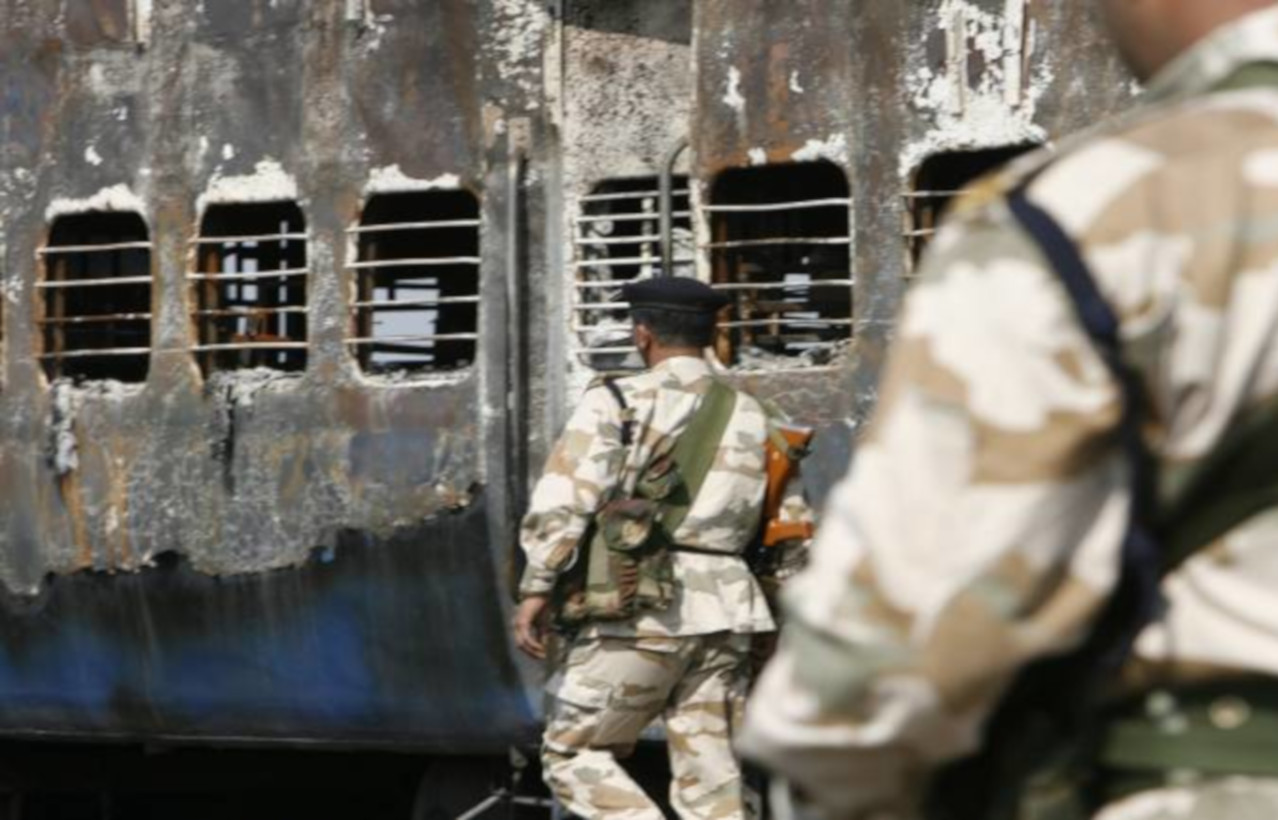 On March 20, an NIA special court acquitted all the four accused in the Samjhauta Express blast case which left 68 people dead and several injured in 2007, most of whom were Pakistani nationals. The National Investigation Agency (NIA) in 2011 had charged Nabakumar Sarkar alias Swami Aseemanand, Lokesh Sharma, Kamal Chauhan and Rajinder Chaudhary for plotting the blast. The Samjhauta Express is a bi-weekly train that runs between Delhi and Attari in India and Lahore in Pakistan. The blast took place near Panipat in Haryana, causing a massive fire to break out in two unreserved coaches of the train. A GroundXero report.

Apart from the Samjhauta blast, the 67-year-old Swami Aseemanand was also an accused in the Hyderabad Mecca Masjid blast and the Ajmer Sharif Dargah blast, both of which took place in 2007. Aseemanand was acquitted of the Mecca Masjid blast last year due to lack of evidence and the acquittal for the Ajmer blast came the year before, making this his third acquittal in a span of about two years. The Mecca Masjid blast took place during a prayer and claimed 11 lives, while the Ajmer Sharif Dargah blast claimed 3 lives. Aseemanand is also named in two terror attacks in Malegaon, Maharashtra, one in 2006 and another in 2008, which together claimed 37 lives. In all these cases, most of the victims were Muslims. These cases are spread over different parts of the country and have been, at different points, investigated by different investigation agencies such as the Mumbai Anti-Terrorism Squad (ATS), the Rajasthan Anti-Terrorism Squad, the CBI and the NIA.

Nabakumar Sarkar alias Swami Aseemanand was born in Hooghly, West Bengal to a Gandhian father who had participated in the struggle for Indian independence from the British. Nabakumar became involved with the RSS while he was a student and sometime after finishing his graduation in physics, he became a full-time Pracharak for the Sangh in 1977 and went on to work for Vanabasi Kalyan Ashram, which is a Sangh Parivar organisation that works among adivasis. As a Pracharak, he travelled to different places in the country and tried to convert adivasis to Hinduism, calling it ‘ghar-wapsi’.

Aseemanand was still a Pracharak for the RSS when he was arrested in 2011. The names of BJP and RSS leaders frequently featured as accused in all the five terrorism cases in which he was charged or named. Sunil Joshi, who was accused of masterminding the Samjhauta blast by the NIA, was also an RSS leader and a close associate of Aseemanand. He was shot dead in December 2007 by assailants when he was being investigated for being a “prime mover” in several Saffron terrorism cases, including the Samjhauta blast and the 2006 Malegaon blast. Eight people have been accused in Joshi’s murder case, one of whom is Sadhvi Pragya Thakur, a prominent Visva Hindu Parishad figure and a former ABVP leader who is also an accused in the 2008 Malegaon blast case  – a case of Saffron terror for which Hindu extremist organisations such as Abhinav Bharat were under the scanner of the Mumbai Anti-Terrorism Squad (ATS). ATS accused members of ABVP, Rashtriya Jagran Manch and Abhinav Bharat, among members of other Hindu groups, for being behind the blast and suggested that these organisations might also be responsible for terror attacks that happened in other places. The Malegaon blast investigation was led by the then Mumbai ATS chief Hemant Karkare, who was later killed during the 2008 Mumbai terror attack.

Confession, retraction and the Caravan article:

Aseemanand confessed to plotting the Samjhauta blast in front of a magistrate in the Tis Hazari court. However, Aseemanand later denied his involvement in the blast and claimed that the confession was extracted from him under duress. The confession was subsequently rejected by the NIA court. In 2014, an article appeared in the Caravan magazine. Leena Raghunath, the author of the article claimed that she had conducted four interviews with Aseemanand in which he confirmed his role in the terror attacks, including the Samjhauta blast. As per the article, Aseemanand said that he was not tortured, but wanted to confess because he thought ‘it was a good time’ for it and that the highest levels of RSS, including Mohan Bhagwat who is currently the chief of the organisation, knew and approved of the plans of orchestrating blasts as a way to further the ideology of Hindutva.

Aseemanand denied giving such interviews. The Caravan stood by their report. They claimed that they had audio tapes of the interviews and insisted that the NIA take the tapes for forensic analysis, which the NIA did not.

Rahila Wakeel, a Pakistani national and the daughter of Muhammad Wakeel, who died in the Samjhauta blast, had filed a petition right before the sentencing of the case was to take place, requesting that 13 Pakistani nationals who were, as per the petition filed by her lawyer, the only eyewitnesses in the case, be called to testify. The petition claimed that no visa was granted to the Pakistani witnesses and no proper summons reached them, so they had no knowledge of the ongoing status of the case. The court rejected this petition after the NIA claimed that there was effort to serve summons to the 13 Pakistani witnesses, but the Pakistan government did not cooperate, and as a result, there was no testimony from the Pakistani witnesses in this case.

Of the eight accused in the Samjhauta blast, four have been acquitted, one was murdered and three – Ramchandra Kalsangra, Sandeep Dange and Amit – have so far evaded arrest.