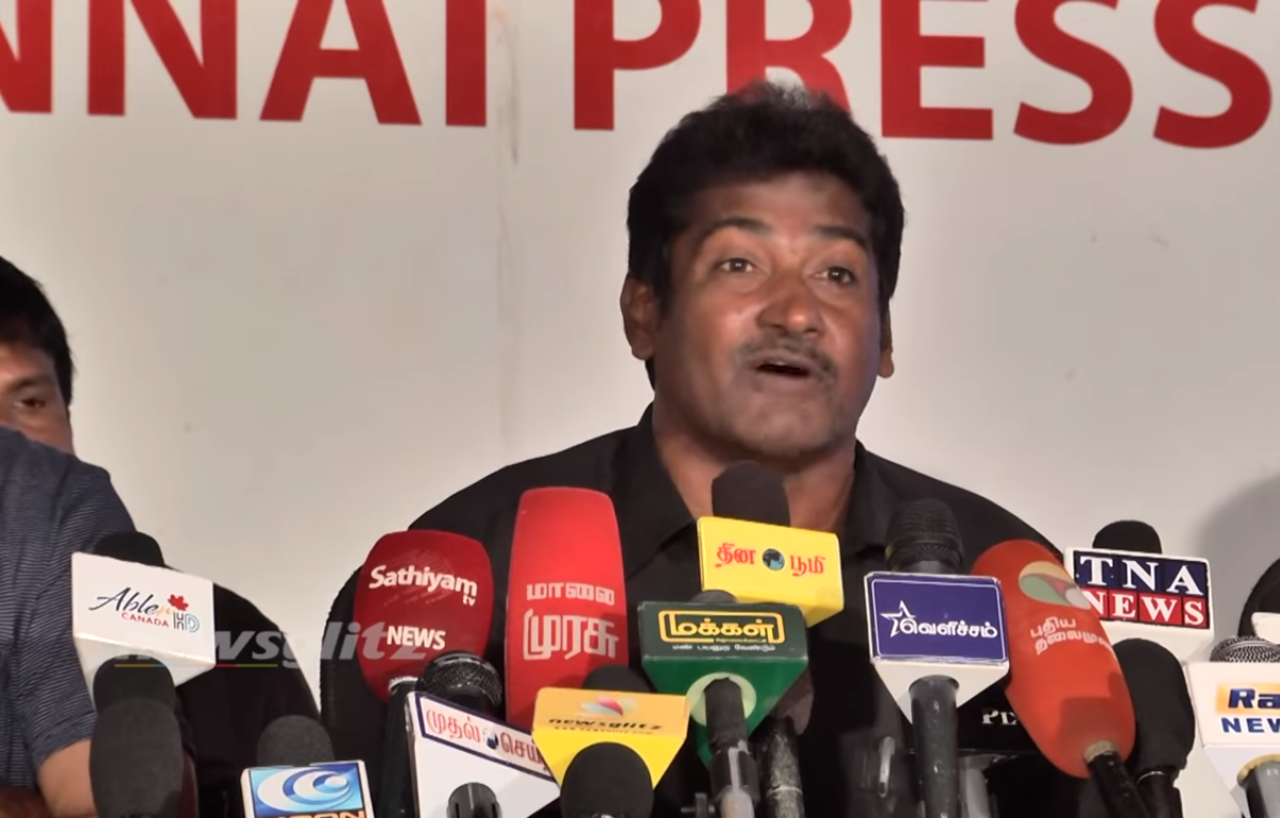 A report by Rajat Thakur.

Left organisations, human rights activists, and environmentalists organised a press conference urging the Tamil Nadu government to ensure the safe return of environmental activist S. Mugilan, who went ‘missing’ on 15th February. Mugilan allegedly went missing after a press conference where he accused the police of orchestrating violence in Thoothukudi during anti-Sterlite protests last year, which claimed lives of at least 15 people.

He also released a documentary titled Arsonists – Sterlite – The Hidden Truth at the press conference.

Mugilan was reportedly last seen at Egmore railway station, where he was scheduled to board a train to Madurai. Activists said that he did not reach Madurai, that it had been more than ten days since his disappearance, and that they are concerned for his well-being. They alleged that Sterlite corporate goondas, the Tamil Nadu police and the CB-CID are behind his disappearance.

According to the police, “Mugilan went out from Egmore railway station and there is no CCTV footage of him going back inside.” The police added, “His phone was reachable up to Kanchipuram and went switched off at Olakur in Villupuram district.”

Madras High Court has ordered F2 Egmore Police Station and the Assistant Commissioner of Triplicane to carry out an investigation into the disappearance  and present Mugilan before the Court by 4th March.

Activists urged that, “The TN government has the responsibility for his life.”

He has been vocal opponent of the Koodankulam Nuclear Power Plant, river sand mining, uranium ore mining, the Cauvery water issue, Vedanta and Coca Cola. Activist Sathish Kumar said, “Mugilan was kept in illegal detention for four days in 2012 during the anti-nuclear protests in Koodankulam.” Zakir Hussain, another activist said, “He was involved in various people’s movements in Tamil Nadu. He lived among people. He was in jail for almost eight months during last year for speaking against [the] Koodankulam Nuclear Project.”

The writer is a political worker and an independent journalist.