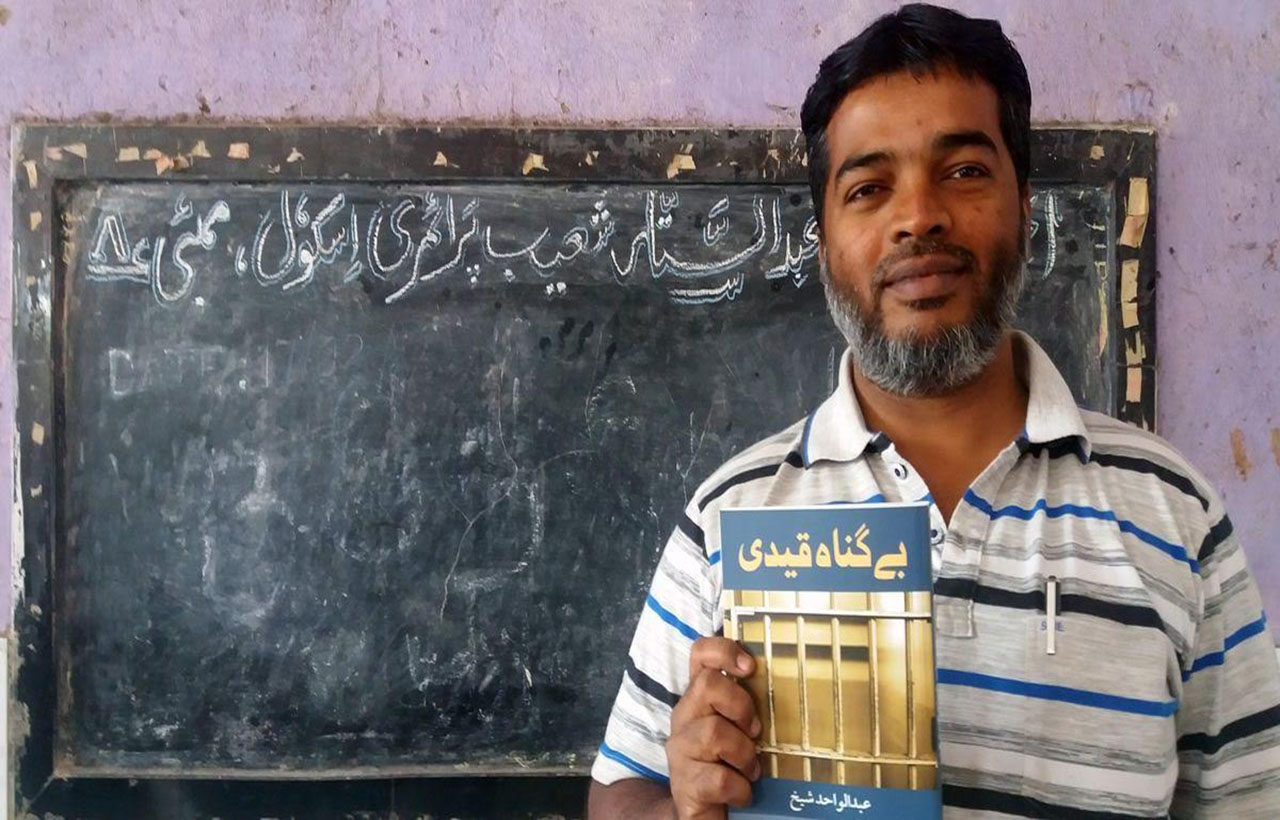 Abdul Wahid Shaikh, the only accused in the “7/11” Mumbai train blasts in 2006 to be acquitted and released by the MCOCA court in 2015 after spending 9 years in prison, is being continuously harassed and hounded by the Maharashtra police. A report by Groundxero.

In the latest case of rights activists being hounded by Maharashtra police, on 23rd February, 2 policemen visited the residence of Abdul Wahid Shaikh at around 3:30 pm, without any official papers or orders, and started questioning him about his job and other activities. Abdul Wahid is the only accused of the “7/11” Mumbai train blasts in 2006, to be acquitted by the MCOCA court in 2015 after spending 9 years in prison. 13 Muslim persons, including Wahid, were picked up by the ATS in the aftermath of serial blasts in Mumbai’s suburban train network that killed 188 people, and charged with being involved with terrorism. Wahid was accused of housing Pakistani terrorists in a house in Mumbra. But, even after being acquitted of all charges, the Mumbai police still hounds Wahid.

In a complaint filed with the Commissioner of Police, Mumbai, Wahid alleges that the police officers who came to his house hinted at his involvement in “other activities”. Prior to being accused of terrorism, Wahid used to teach in a school. Since his imprisonment, he lost his job. Now he teaches at a different school. Wahid became known particularly because of his book titled “Begunah Qaidi” (The Innocent Prisoner), that he wrote from inside his prison cell and had to face severe custodial torture for writing it. In his book, Wahid narrates conversations between the late ACP Vinod Bhatt and another accused Ehtesham Siddiqui who was sentenced to death subsequently. “The officer allegedly confessed that he knew the accused were innocent but was being compelled to charge them for the terror attack, under pressure from his seniors, former ATS chief Raghuvanshi and former commissioner AN Roy,” says the MidDay in its report on the book. Vinod Bhatt had allegedly “sworn to protect the 13 accused with his own life”. Just days later, ACP Bhatt was found dead on the railway tracks. ATS has rejected Wahid’s claims. “All these allegations are false and concocted. Please go by the judgment where 12 accused were convicted. Also the court has dealt with all these allegations and demolished all of it,” said AN Roy. “I wish Bhatt was alive today to answer these allegations,” said Raghuvanshi.

Ever since his release from prison, Wahid has been working on legal support for the 7/11 accused. He has archived details of the case and alleged proofs of innocence pertaining to each one of the accused, on this website. Largely because of such efforts, some of the cases of the remaining accused, such as that of Majid Mohamad Shafi, are about to get reopened. Majid has filed an appeal in the Mumbai High Court. The Court will hear the appeal on the 28th of this month. Majid is a resident of Kolkata, and according to many, including his family members and others who know him, had been wrongfully picked up and charged falsely with bringing in the terrorists through the WB-Bangladesh border. Majid has been in jail since. He wasn’t allowed parole to see his new born daughter once, not even when his wife suffered serious kidney failure and is now bed-ridden – she breathes only till the 4 times a week dialysis and the blood cards go on.

Wahid was further interrogated by the police about his views on the extension of the ban on Students Islamic Movement of India (SIMI), to which he replied that he has no connection with that organization. “I said that ATS police, Mumbai,  had falsely imposed allegation on me along with 12 other Muslim youth, that we all are SIMI members and committed  the serial train bomb blast in 2006 (7/11 case). All these allegations are false. All the 13 accused and arrested in 7/11 case are totally innocent,” he wrote in his complaint.

The police also asked him about his law degree, and his future plans of legal practice. Wahid had recently organised the Second Shahid Memorial Meeting, on the 9th death anniversary of Adv Shahid Azmi – who was shot dead in his chamber by unknown assassins. Shahid was a successful lawyer who fought so-called ‘terror cases’ and facilitated several well-known acquittals, including the accused in Malegaon blasts case, the Ghatkopar blast case and the 26/11 Mumbai attack case. Wahid recently obtained his law degree, and has begun a campaign for legal aid for his co-accused who are still in different prisons across Maharashtra, and also other accused in allegedly false cases.“Now I am a Lawyer, I can practice anywhere in the country, in any court of the country,” Wahid recently told KeyboardJournal.

Wahid suspects foul play behind the recent police visits and interrogations. Few weeks back he was asked by a police inspector for a copy of the judgment order in his case, which he complied with. This time the police showed up at his house asking questions without any written orders. “What is the motive of the visit? Why didn’t the police issue legal notice to me calling me to the police station for any inquiry that they wish? Why do the police time and again harass me and my family?” Wahid asked.

The Courts have acquitted Abdul Wahid from all charges. This means he was falsely implicated, and had to be let off. The police administration owes an apology to him for having kept him wrongfully in prison for 9 full years. Instead, Wahid – an author, activist and lawyer, is still being hounded by the police as if he were a criminal.

In his complaint to the Commissioner, Wahid demanded strict action against the police officers responsible for illegally harassing and threatening him. Majid has an old ailing mother at home who has slipped into depression triggered by the sight of men in uniform in her house, fearing that her son would again be taken away and held for years.