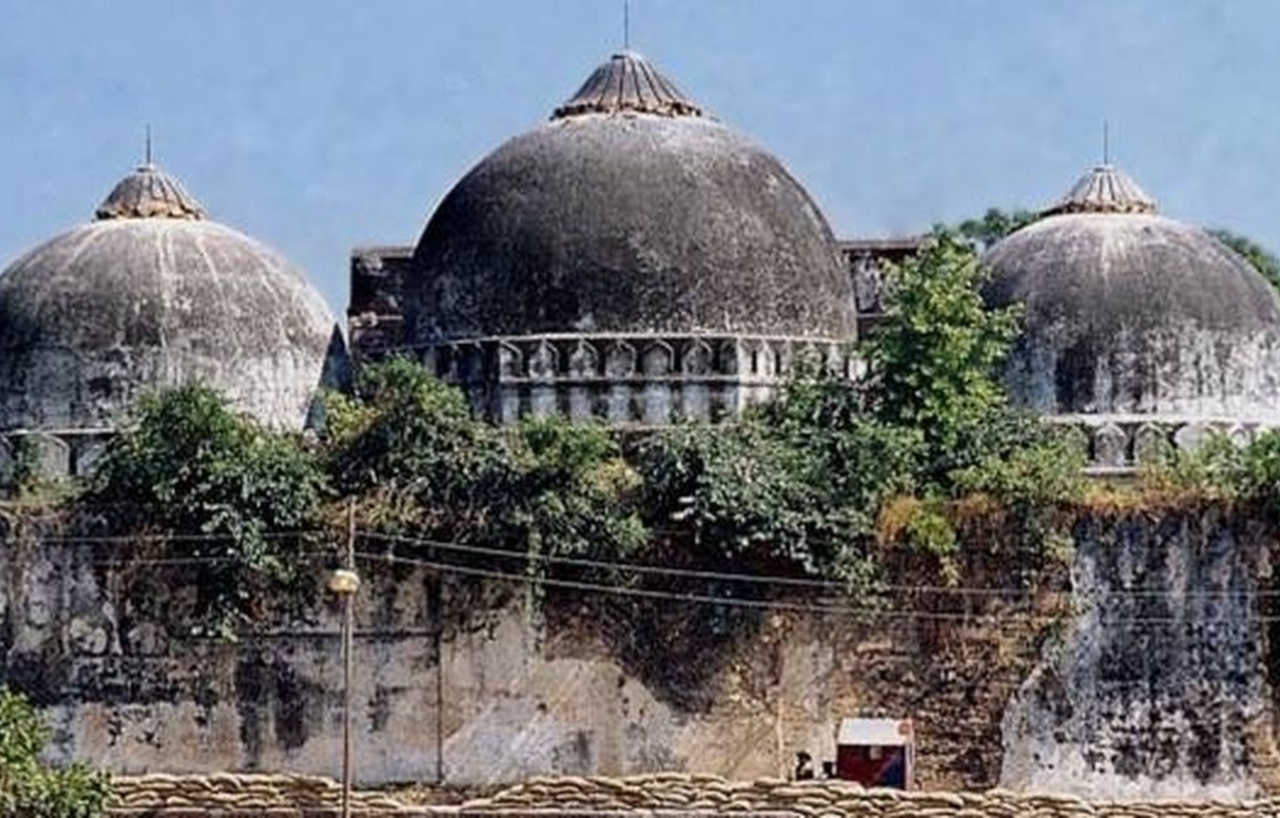 It was Not just the Mosque that was Demolished that Day

The demolition of Babri Masjid opened up the chasms of ‘secular’ India. For last 26 years the demand to reconstruct Babri masjid has hardly been the focus of any political mobilization. Abdul Wahid Shaikh claims demand for reconstruction is not a Muslim demand, it is the secular demand. Abdul Wahid is the lone acquitted in the 2006 Mumbai serial blasts case. “Accused no. 8 (Abdul Wahid) is found not guilty of having committed any offences with which he is charged”, said the special MCOCA court judge, on September 11, 2015, after almost a decade of incarceration. Wahid is a political commentator, and an author. His book, Begunaah Qaidi (Innocent Prisoner), talks about wrongful arrests, fabricated evidence and custodial torture by police. Wahid wrote this book while he was in Mumbai’s Arthur Road prison.

On 6th December 1992, it was not just a mosque that was demolished in India. That day an entire community’s trust on society was demolished. I remember that day I was goofing around with my friends in our classroom. Our teacher came and told us, “tum mazaak kar rahe ho aur hans rahe ho, jab ki humari Babri masjid tod di gayi hai” (While you are laughing around and having fun, our Babri masjid has been demolished). I thought maybe one or two walls of the mosque had been broken down. But when I got to know that the entire mosque had been brought down, I could see all the monuments of brotherhood getting buried in that rubble.

If they had demolished the mosque and left, Muslims would have rebuilt a mosque with that same rubble, and forgotten about the trauma. But overnight all the rubble was cleared off. Where was the Supreme Court then? Why didn’t status quo apply? We would have still stayed silent, but a temple was also brought up inside. Even till today, regular prayers are offered in that temple, and people are also allowed to visit. Is anyone ever allowed entry into a disputed area which has cases going on regarding ownership of land? No! In that case, who has given such permission for allowing people into the demolished mosque area? Of course, it is the Government and the Court. Congress and BJP have both stayed true to their ideologies.

By giving permission to only one party to worship for the last 25 years in what is supposed to be a disputed area, hasn’t the Supreme Court already made it clear whose will matters? Moreover, they validated the judgment in Dr. M. Ismail Farooqui vs Union of India 1994. The judgment claimed that the mosque is not an integral part of Islam. In other words, a mosque is not necessary for offering namaaz. Namaaz can be observed in an open ground. It further claimed that however, if a certain place of worship has a significant importance for any religion, it should be considered as an integral part of that religion. From this perspective, since a Muslim individual can conduct prayers in an open ground or in fact pretty much anywhere, it was concluded that the mosque is not really essential for the religion. The mosque is just another symbol, for Islam. Only those mosques are to be considered as integral to Islam, which are specifically significant for the religion, such as the mosques of Mecca and Madina in Saudi Arabia. Even if we assume or prove in court that Babur’s General Muhammad Baqi had constructed the Babri Masjid without destroying any Hindu temple, even then the masjid is not integral to Islam and Muslims. Because neither Babur nor Mir Baqi were prophets or preachers of Islam. Now that an idol of Ram has been planted inside Babri Masjid for 70 years and that regular worship has been happening, what significance is then left of Babri Masjid? Now India has many instances on record where a mosque has been captured, either by the Government or by some group. Muslims had to forget about these occupied mosques and move on with their lives. Hence, it should not be very difficult for the common Muslim to let go of the claim to Babri and move on!

Our Hindu brothers cannot give up their claim because temples, and Ram temples, can be built anywhere, but there is only one Ran Janambhumi (birthplace) in Hindu religion. And Hindus have claimed that if their faith says that Ram was born exactly where Babri was situated, then that is enough. Thus, Ram Mandir is significant for Hindu religion, and hence integral to it. Ram Mandir therefore has the legitimate claim to that land. And for the last 70 years, this place has been under the occupation of Hindus, worship has been going on there, Ram Lalla has been established there. How can any of this be stopped or relocated? The recent Dharm Sabha and Shiv Sena rally that was organised in Ayodhya, were arranged precisely to spread this message.

These people are openly threatening the Supreme Court to pass the judgment in their favour. The discussion about Ordinance or Parliamentary Act is also going on to establish that the claim for Ram Mandir is logical and legal.

Is the common Hindu of this country secular? No. If that was the case, then in response to the slogan “Har Hindu ki yahi pukaar, Pehle Mandir Phir Sarkaar”, some Hindus would shout back 36 times, “Insaaf Pasand Hindu ki Yahi Pukaar, Pehle Masjid Phir Court Kachhar”. The biggest testimony to this is the fact that instead of believing that it is incorrect to worship at such a disputed area, the common Hindu has been willing to go and worship at a temple which has been built by destroying a mosque. Why doesn’t the common Hindu conduct rallies, meetings or dharmsabhas demanding the reconstruction of Babri Masjid? It is much easier to claim to be secular, than it is to be secular.

All the Muslims that I have spoken to, have said one thing in common – that, why just Babri, giving away any mosque or giving up the claim to it, for the construction of a Mandir, is considered haraam. And no Muslim is willing to commit this haraam. Everyone thinks that it is through sheer power and falsehood that the Mandir was built. Tomorrow whenever we have the power, the Mandir will be demolished and Babri Masjid will be rebuilt. It is haraam in Islam to destroy a Mandir for building a Mosque. But to destroy a Mandir built on the rubble of a mosque, for rebuilding the mosque, is not only halaal, but in fact a righteous thing to do.

Translated from Hindi to English by GroundXero.