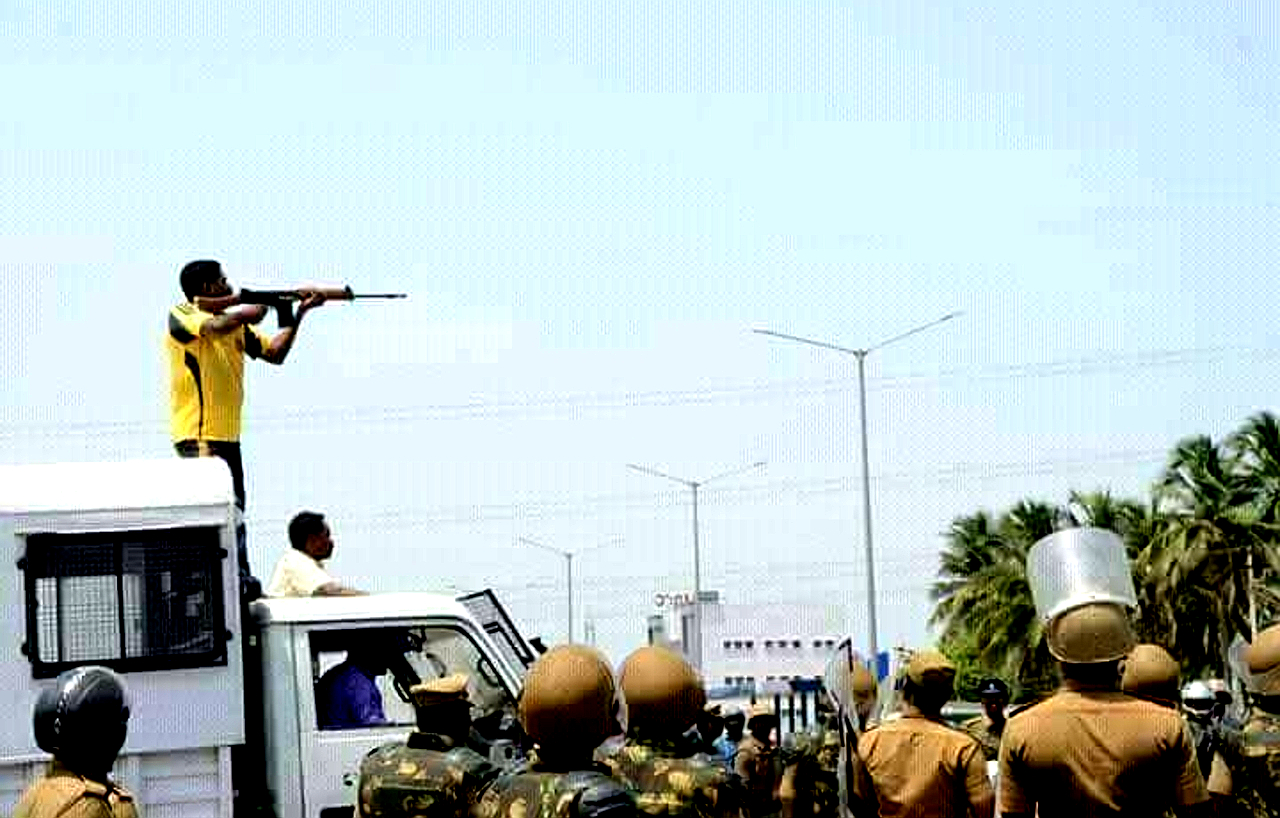 Protestors in Thoothukudi were Shot to Kill, say Autopsy reports

After the recent order of the National Green Tribunal (NGT) recommending the opening of Vedanta’s copper smelting plant in Thoothukudi, a report by Reuters has once again brought the issue of police brutality to the forefront. It claims that 12 of the 13 protestors killed when police opened fire on a demonstration in May 2018 were hit by bullets in the head or chest, and half of those were shot from behind. A report by GroundXero.

On May 22, 2018, the Tamil Nadu police opened fire on thousands of people demonstrating against the expansion of Sterlite’s copper smelter plant in Thoothukudi. Residents accused the Vedanta owned unit of causing environmental pollution. On the day of the firing itself, as 13 people were killed and hundreds injured, fingers were pointed at Tamil Nadu police for firing at the unarmed demonstrators to kill, rather than to control and disperse the crowd. A few more persons died later taking the toll to 18.

According to the autopsy reports of those killed in the firing which was accessed by the Reuters, 12 of the 13 protesters killed when police opened fire on the demonstrators against Sterlite’s copper melter plant in Tamil Nadu in May, 2018, were hit by bullets in the head or chest, and half of those were shot from behind.

In the case of the youngest to be killed, a bullet entered the back of 17-year-old J Snowlin’s head and exited through her mouth, the autopsy found. “The deceased would appear to have died of cardio-pulmonary arrest due to firearm bullet injury to the back of the neck,” forensic medicine experts who examined Snowlin’s body wrote.

Details of the deaths

Among the eight people killed from bullets entering their head or body from behind or the side, 40-year-old Jansi, who like many people in Tamil Nadu goes by just one name, was shot a few hundred metres away from her house in a narrow street close to Thoothukudi’s seafront. She was shot through the ear, the report into her death showed.

A bullet went through the forehead of 34-year-old Mani Rajan. “The deceased would appear to have died of penetrative injury to the brain due to the firearm bullet injury to the right side of forehead,” Mani’s autopsy report said. The dead also included a man in his 50s, six men in their 40s, and three men in their early 20s. The head of the forensic science department at the Thoothukudi Medical College, where the autopsies were conducted, declined to comment, as did two of the principal examiners.

Reuters contacted 11 of the 13 families or friends of those killed, 10 of whom said they were not pursuing any legal action. One of the 11 said he was in touch with a lawyer and wanted justice, but did not elaborate further.
The Thoothukudi district administration and state police officials did not respond to emails sent by Reuters seeking comments on the autopsy reports. The CBI, which is currently enquiring into the deaths, also did not respond to requests for comment on the autopsy findings.

While the Indian police rules allow the use of live ammunition to quell civil unrest, it stipulates that police officers should not shoot to kill. The Police Standing Orders for Tamil Nadu has clearly laid down that, when using firearms, “aim should be kept low, preferably well below the waist level, and directed against the most threatening part of the mob.” It seems clear that these norms were violated by the police force on that day.

In a statement following the incident the Tamil Nadu state government, which is responsible for the police action, said: “Due to unavoidable circumstances, we had to take action to bring the situation under control.” But video footage of the incident on that day showed that the police used snipers who fired from atop armed vehicles to kill the protestors. Not a single police official sustained any firearm injury. The protestors were all unarmed and the plan of a massive people’s protest was intimated in advance to the local administration.

Despite the mounting evidence, however, no action has been taken till now against any of the police officers who fired on the protesting people or the officials who ordered them to shoot at the demonstrators. The CBI, which was given the task of enquiring into the matter, has filed cases against ‘unknown persons’, seemingly unable to identify the culprits. What is more bizarre is its inability, even seven months after the massacre, to pinpoint who ordered the firing on that day.

Earlier, the ‘Coordinating Committee for People’s Inquest into Thoothukudi Police Firing’ which conducted a People’s Inquest (PI) in Thoothukudi on June 2nd and 3rd published a preliminary report of its findings. It also confirmed the police force’s draconian actions, systematic illegal detentions, false arrests, fabricated cases, other human rights violations and the sheer terror faced by people. A working group of United Nations’ human rights experts in May 2018, also condemned the “apparent excessive and disproportionate use of lethal force by police” and said that the incident was the “deadliest at an environmental protest in India in a decade”.

The Tamil Nadu government had ordered the permanent closure of the smelter on environmental grounds immediately after the shootings at the May 22 protest. Recently, on December 15 the National Green Tribunal overturned the closure decision and ruled in favour of opening of the smelter, subject to its adhering to certain environmental norms. But the Madras High Court asked Vedanta not to reopen the copper smelter plant for another month, until it had heard an appeal from activists challenging the green court decision.

The police firing in Thoothukudi was not an isolated incident. In the six years, from 2009 to 2015, as many as 796 people had lost their lives in police firing in India, according to national crime data. This means two civilians died every week, on an average, during this period. This was despite the fact that the period was marked by a relative lull in the militancy related incidents in Kashmir valley. We could not access the data for the last 5 years. But the number of civilians killed in Kashmir and the ‘encounter killings’ in the state of UP and Manipur alone might surpass the number of deaths during those six years. The world’s largest democracy needs a serious introspection to find out ways on how to deal with public dissent to its policies.