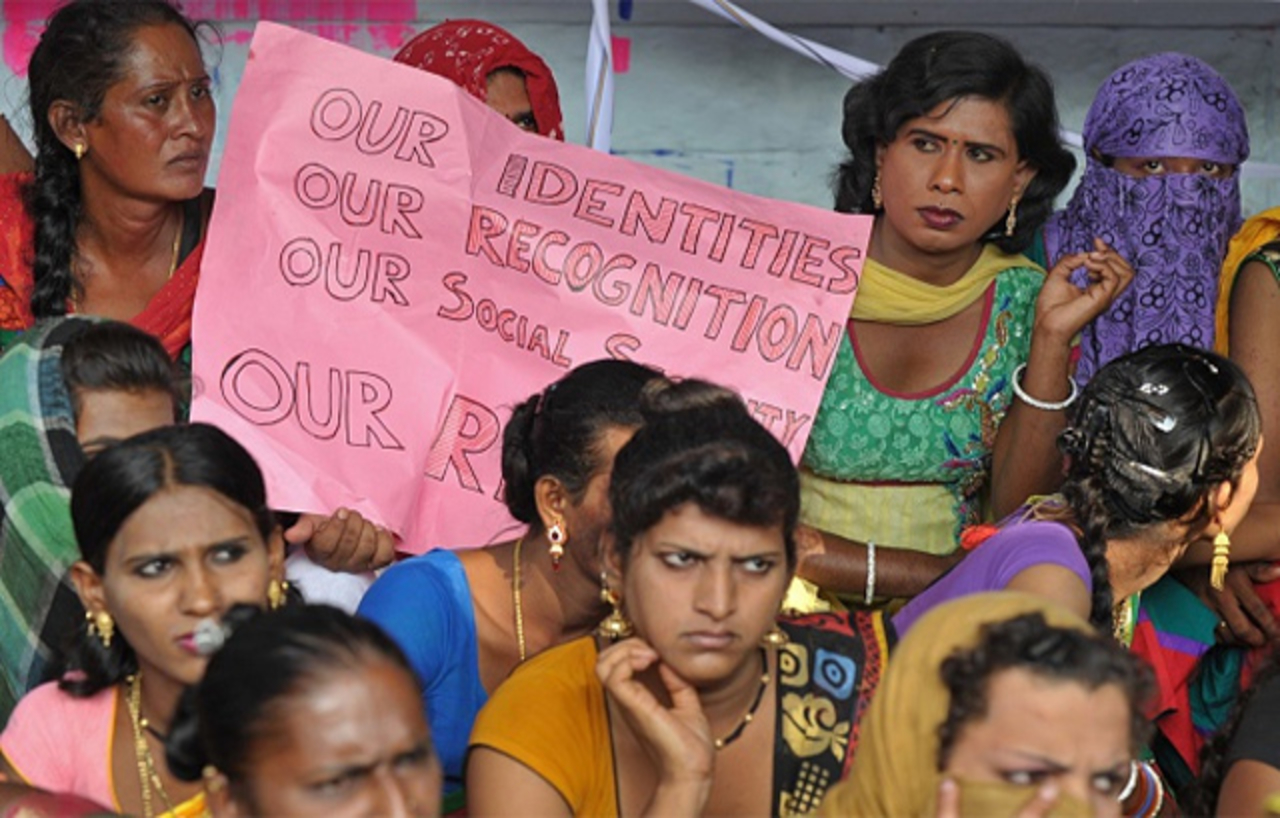 Yesterday the Lok Sabha passed the so-called Transgender Persons (Protection of Rights) Bill. Both this, and the Trafficking of Persons bill passed earlier are pending now with the Rajya Sabha for approval. The so-called “Trans Bill” has been rejected by several voices from the Transgender community, who have claimed that the Act if passed would “violate more rights than it protects”. A collective of Transgender activists have called for a press meet later today in New Delhi to discuss the implications of this for the Transgender community. A GroundXero report.

According to a Press statement issued by a collective of trans-community members from Delhi, the bill has drawn outrage from the community. “The Government of India Bill which was passed today should be more appropriately retitled the Transgender Persons (Violation of Rights) Bill since it violates more rights than it protects,” said the statement. The bill passed today upholds criminalization of trans people for organized begging, while denying any opportunities in education, employment, healthcare, etc. via reservation. Section 19 of the Bill criminalizes a transgender person being “forced or caused” to “leave house-hold, village or other place of residence”. While this might sound reasonable, several trans persons have decried this because often it is the larger trans community which rescues and gives protection and shelter to trans people who get persecuted in their own households, specifically during the time when they declare for the first time that they do not conform to the gender assigned to them at birth by the society, which includes their family. Under this bill, it is feared that trans community members are going to be prosecuted and penalized for being there in support of a trans person who wants to leave their family because of threat. The demand for reservation for trans people when it comes to welfare services, employment and education has been completely brushed aside, and only “appropriate Governments” have been entrusted with taking “appropriate welfare measures” as they deem fit, without any clear financial commitment by the Central Government. “This Act if passed by the Rajya Sabha is going to affect communities such as the Hijra community the most adversely,” said one of the activists.

The bill passed today upholds criminalization of trans people for organized begging, while denying any opportunities in education, employment, healthcare, etc. via reservation.

Allegedly, the Government ignored almost every input from the community while drafting the bill, even after repeated petitions and memorandum were submitted by various groups and platforms for months now. The main amendment to the proposed draft that was incorporated from the recommendations by members of the trans community, was a change brought in the definition of who is a transgendered person. None of the other crucial recommendations were however accepted or entertained. “No suit, prosecution or other legal proceeding shall lie against the appropriate Government or any local authority or any officer of the Government in respect of anything which is in good faith done or intended to be done in pursuance of the provisions of this Act,” says the draft, throwing the gates wide open for any kind of persecution by the Government and police agencies, as long as they are claimed to be done in “good faith”. “Whoever harms or injures or endangers the life, safety, health, or well-being, whether mental or physical, of a transgender person or tends to do acts including causing physical abuse, sexual abuse, verbal and emotional abuse and economic abuse; shall be punishable with imprisonment for a term which shall not be less than six months but which may extend to two years and with fine,” provides the Bill, clearly diluting the consequences for discrimination and assault on trans people in comparison to laws against similar atrocities against cisgender people. “It violates the constitutional rights of transgender persons to live where we please, stating that even as adults with the right to free movement and association, we must either stay with our parents or approach a court,” said the press release.

Meanwhile the Rajya Sabha had in 2016 passed a private member’s bill drafted by Tiruchi Siva, DMK member of the Rajya Sabha, which had been drawn up in consultation with the community. Tiruchi Siva’s bill is reported to have had several progressive positions such as reservation rights, employment and education opportunities, right to self determination, special courts, a Transgender Rights Commission and more. It has however since been pending before the Lok sabha.

“It violates the constitutional rights of transgender persons to live where we please, stating that even as adults with the right to free movement and association, we must either stay with our parents or approach a court,” said the press release.

The Trafficking of Persons (Prevention, Protection and Rehabilitation) Bill tabled in the Lok Sabha earlier this year compounds the criminalisation of the transgender community, by providing a staggering 10 years of punishment for organised begging, which it calls a form of aggravated trafficking that goes even beyond punishments for trafficking for forms of forced labour. It criminalizes the administration of hormones and other medicines while again not distinguishing between coercion and assistance in accessing gender affirming hormone therapy. It also does not distinguish between voluntary sex work and delineate it apart from trafficking. “Above all it violates the agency of people in sex work or begging to decide if they are trafficked or choosing these forms of work,” alleges the issued press release.

Trans community activists have called for a detailed press meet on these bills and their implications for the trans community, at 4pm today, at the Indian Women’s Press Corps in Delhi.