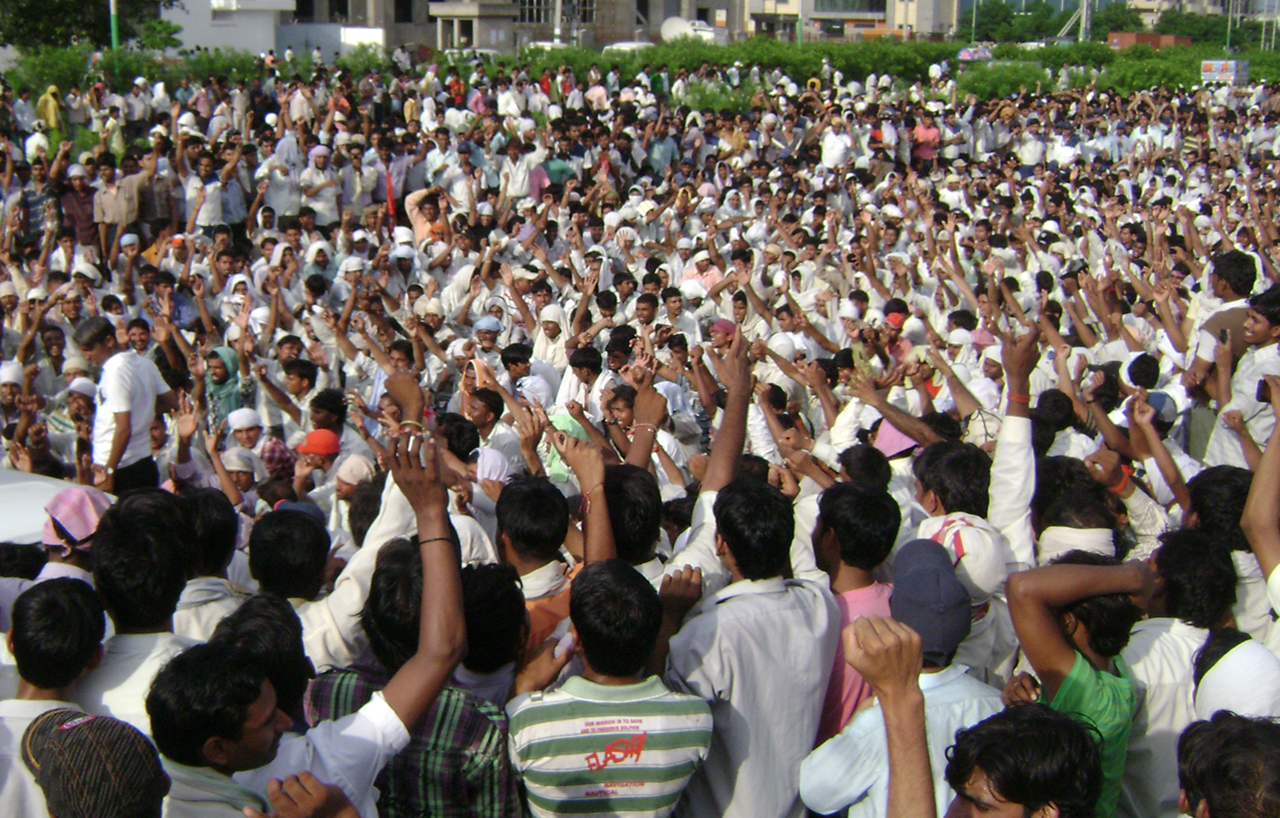 Once again, in an exemplary show of working class unity and camaraderie, the workers of Maruti voluntarily contributed and raised Rs. 31,21,200 for the families of the 13 workers currently in jail serving life imprisonment.

On December 11, 2018, Maruti Suzuki Powertrain Employees Union raised Rs. 31,21,200 for the families of the thirteen Maruti (Manesar) workers who are currently serving Life Sentence, after being convicted in March 2017, for the unfortunate death of an HR manager during a violent incident that took place in the Manesar plant on 18 July 2012.  Maruti Powertrain Employees Union under took the fund raising initiative and each worker voluntarily contributed Rs. 2000.

This gesture of solidarity for their convicted comrades is not new. In the past also on various occasions workers have came together to support their ex-colleagues. So far, a total of about Rs. 1,69,00,000 have been raised by the unions.

The amount raised was handed over to the families of these 13 workers on 11 December in a Union-organised program at Prajapati Dharamshala, Jacobpura, Gurgaon. Each of the thirteen families received Rs. 2,40,500. 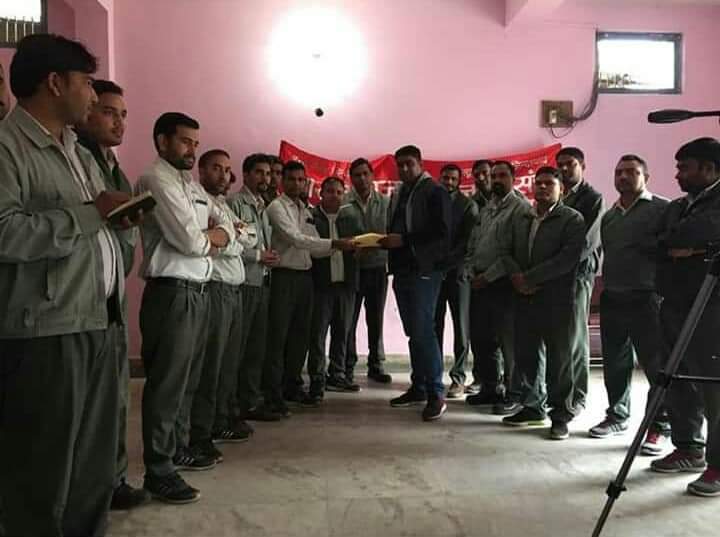 The family members who came to the program strongly contested the charges brought against the jailed workers by the State and the management and condemned the judgment as travesty of justice. They appreciated this solidarity gesture from the Maruti workers.  Moreover, the workers felt that such efforts are not only  limited to supporting the families in need, but also express an assertion of their class unity against the management. They interpret and pose this unity as a message to the management, the political system and the society, in the face of continuous attacks on workers. They also feel that this show of determination and strength would ultimately force the government and the management to grant justice to the workers serving life sentence, at least help them in getting bail.

As the money was being presented to the representatives of the families in Prajapati Dharamshala, Gurgaon , the discussions by the workers touched upon the role of the workers’ unions in this struggle. Along with recognition of positive measures such as the continued financial support by the Maruti Workers Provisional Committee, self-critical comments came up as well, such as how the unions need to return to deeper, ground-level communications with its members, or how the strength of workers has been gradually reducing as compared to the period of the movement between 2012 and 2016, when thousands – comprising of terminated and employed workers – came together to participate in monthly protest programs.

The President of the Maruti Suzuki Workers’ Union mentioned that the workers can’t afford to forget that the thirteen incarcerated workers stood for the rights and dignity of the workers and it is now the duty of the workers union to stand firmly by these brave victims of state and corporate tyranny.

Manoj Yadav, President, Maruti Suzuki Powertrain Employees Union  pointed out how in today’s capitalist India, the Salman Khans obtain easy acquittals from the courts despite overwhelming evidences against them, while workers are falsely convicted by the management and the judiciary on essentially false evidence.

Among the thirteen workers serving life sentence, Sarbajeet Singh, Pawan Kumar and Yogesh Kumar, out on parole for a few days, were present at the program.

In the face of intense pressure of the management and the State, the Maruti workers have once again sent out a message to the rest of struggling workers in the country that in this era of State-Capital nexus, solidarity of working class is of utmost importance to take forward the class struggle.