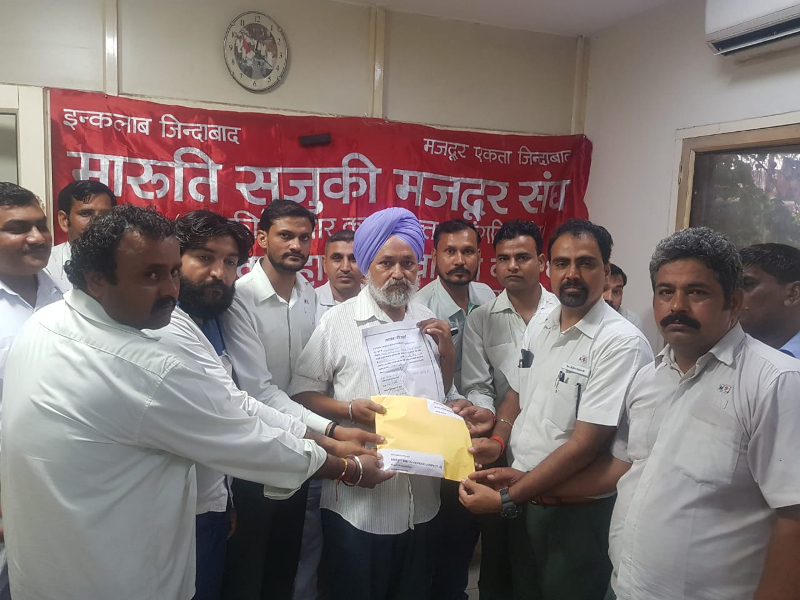 In an exemplary show of working class unity and camaraderie, the workers of Maruti Suzuki Gurgaon plant voluntarily contributed and raised Rs. 45,50,000 for the families of the 13 ex-workers serving Life Imprisonment. A GroundXero report.

On 22nd August, the Maruti Udyog Kamgar Union announced a financial support to the tune of Rs. 45,50,000 for the families of the 13 Maruti workers who are currently serving life sentence in jail. These workers, who actively took part in the organized struggle for rights of the workers against the company, were sentenced to Life Imprisonment in relation to the unfortunate event of the death of Ashwin Kumar, General Manager, HR Department in Maruti Suzuki Manesar plant on 18th July 2012. The amount raised through workers voluntary contribution was handed over to the families of these 13 workers on 23rd August at the workers’ union office, in the factory campus in Sector 18, Old Delhi Road.

Kuldeep Janghu—General Secretary of the Maruti Udyog Kamgar Union—stated that each of the 13 families received Rs. 3,50,000 and that the total amount was collected out of voluntary donation from about 2200 Maruti workers from the Gurgaon plant, with each worker contributing Rs. 2,000. He said, this was a small effort on part of the workers to show solidarity and support to these families as they considered these 13 workers as ‘prisoners of class struggle’. He reiterated that they will continue to to extend support to these imprisoned worker’s families as best as they can. 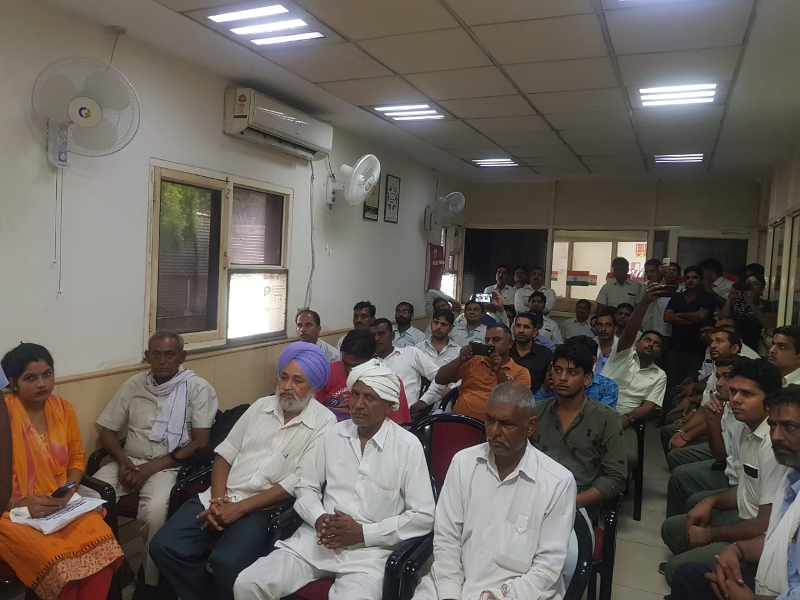 Families of the 13 workers

On earlier occasions too, the unions have extended support to the workers who were victims of the class struggle and a corrupt anti-working class legal procedure aided by the collaboration of the Company and the State. In April 2016, the Maruti Udyog Kamgar Union had provided Rs. 50,000 to each of the families of 36 workers, who were in jail at that time. In 2017, each of the 13 families received Rs. 75,000 from the workers of Sunbeam Auto Company and Rs. 5,50,000 from the Maruti Suzuki Workers Union.

On 18th July this year, the workers organized a rally in Gurgaon to symbolically remember the day of the workers’ uprising (which also led to the tragic incident of death of the GM) in 2012 and celebrated the solidarity that the workers showed in taking the struggle forward. The Union leaders who spoke on the occasion congratulated the Maruti workers for extending their support to their comrades in jail.

In the face of intense pressure of the management and the State, the Maruti workers have once again stood firmly in support of their jailed comrades and sent a message to all the rest of struggling workers in the country that in this era of State-Capital nexus, solidarity of working class is of upmost importance to take forward the class struggle.