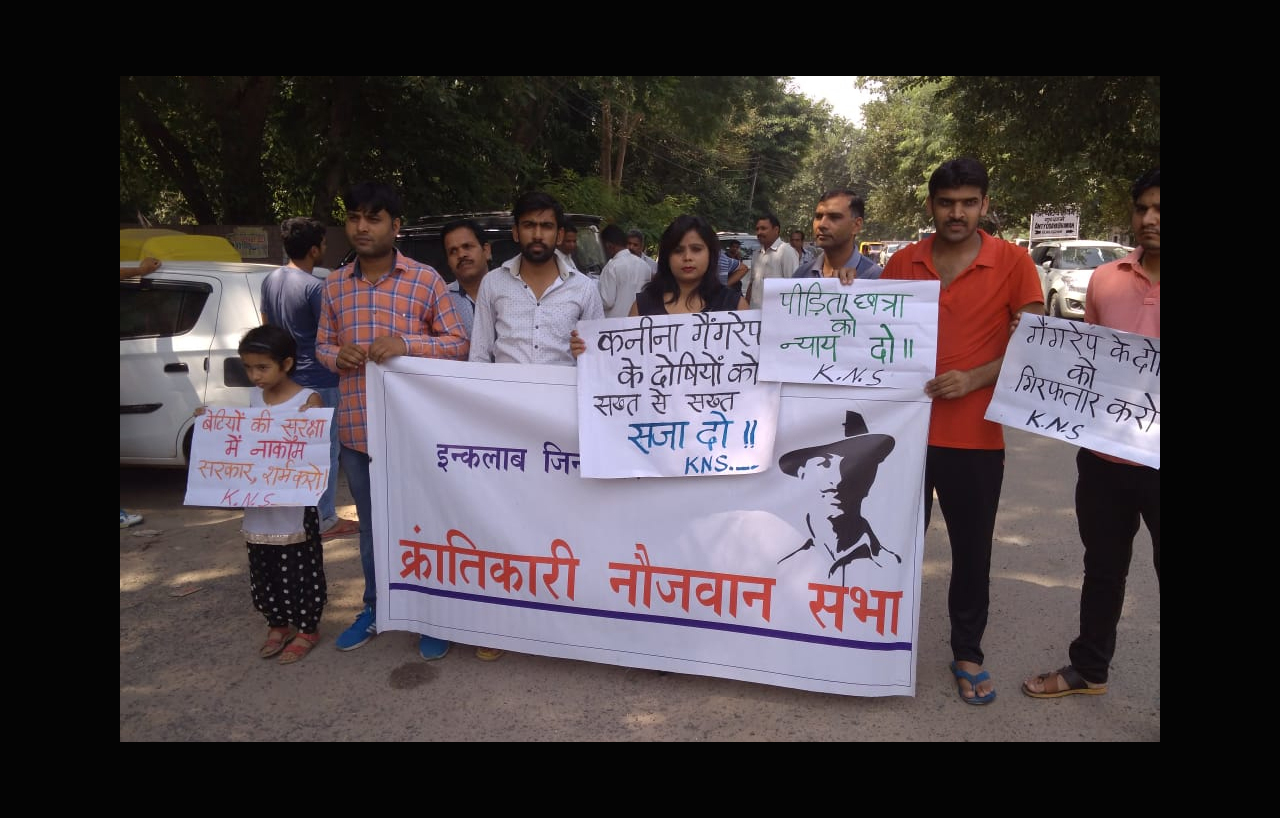 Several workers’ union, youth organizations and social activists in Gurgaon (Haryana) protested against the recent gang rape of a school student and submitted a petition to the state Chief Minister with specific demands to ensure women’s safety in the state. A report by terminated workers, Maruti Suzuki.

On 20th September, 2018 Krantikari Naujawan Sabha along with several workers’ union and social activists from Gurgaon submitted a petition to the Chief Minister of Haryana through the DC, appealing for speedy arrest of the person accused in the gang rape incident of a 19 years old girl student that took place on 13th September  in Kanina,  Mahendragarh district of Haryana. The petition also demanded the government to provide legal assistance to the victim and ensure that the accused are punished at the earliest. The petition further demanded the government to take stern steps to ensure women’s security. There were several organizations and workers’ union from Gurgaon who participated in this protest program. Kuldeep Janghu, President of the Maruti Suzuki Worker’s Union, Satbir from CITU, Anil from AITUC,  Ramniwas, Jitendra, Satish from Mazdoor Sahiyog Kendra, Sukhvir from Suzuki Motorcycle, Ajay Yadav and Rajesh from Maruti, Khushiram, Sumit, Rajib, Soniya, Rani, Hansraj from KNS,  Bhimrao from Hero Motor, Pallavi and Nilam Dahiya and other activists from the civil society participated in the protest program. The participants talked about the present condition of women in society and stressed on taking urgent steps for ensuring their security. The union representatives and others present there said that they would launch a bigger united movement if the government fails to take concrete steps to prevent such incidents in future. 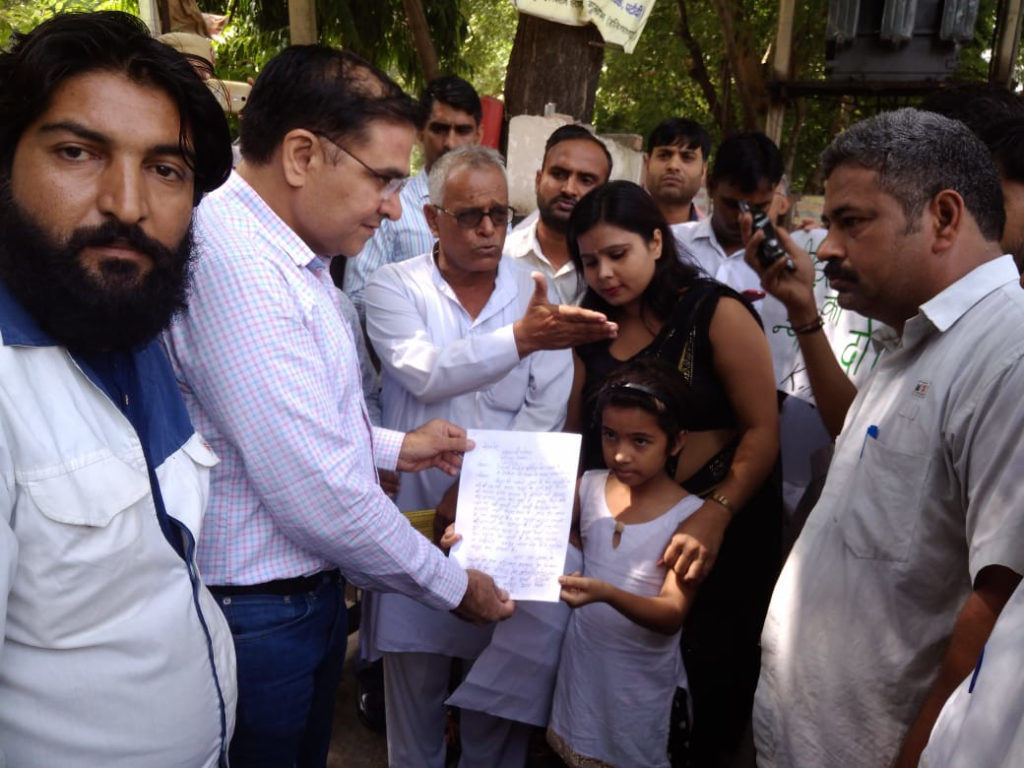 The petition was handed to the DC of police by Jiya, a four year old girl. Even the little child pleaded to the DC to take strict measures to ensure safety of the women.

The demand placed by the protesters include :