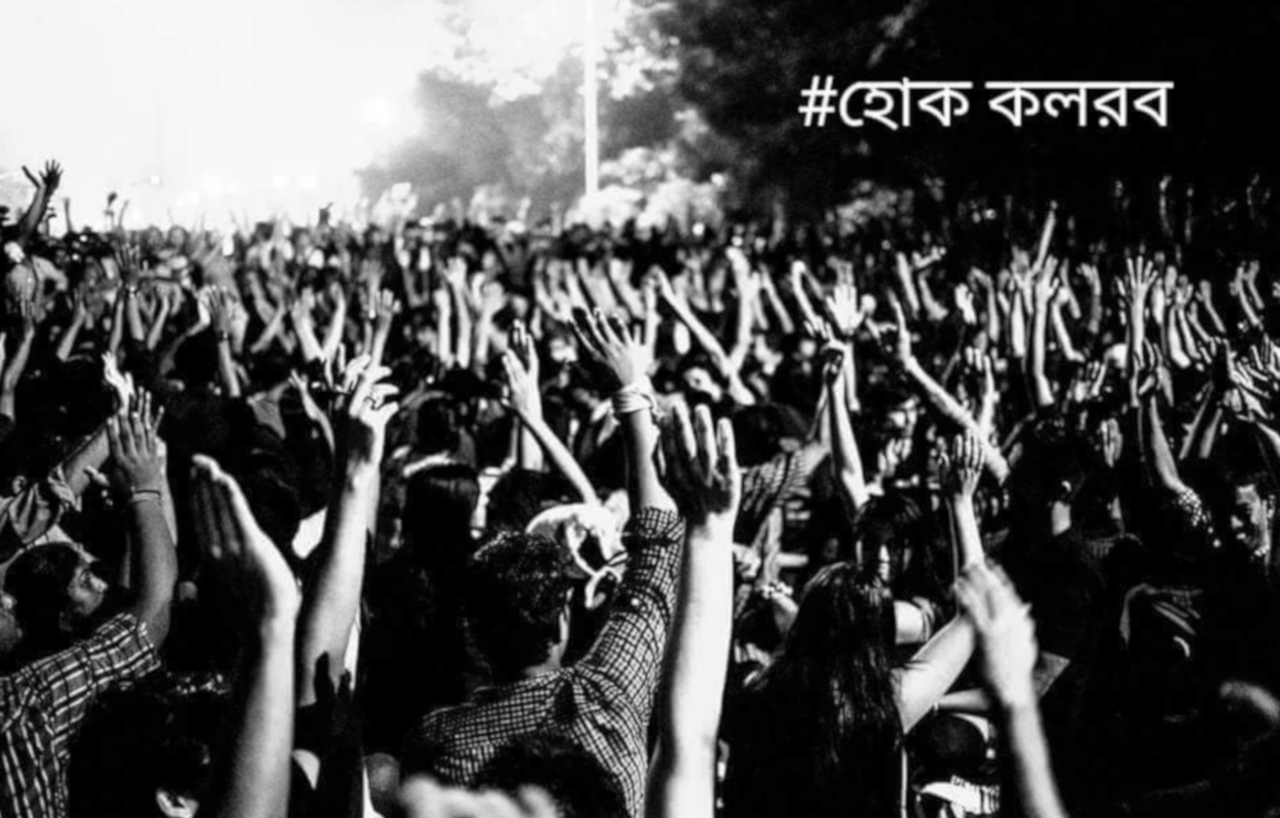 The true essence of the celebration of #Hokkolorob after four years lies in the vibrant present, not in the pages of history. We present few glimpses of that momentous day (September 20, 2014), when youth celebrated dissent on the streets of Kolkata and created a new vocabulary of protest, through photographer Ronny Sen‘s lens: in solidarity with all the youth movements struggling for democratic rights.

Year 2014, September 16. Midnight. Jadavpur University, Kolkata. Police and ruling party goons entered the campus at night, switched off the lights and attacked the peaceful demonstration of the students. The mastermind behind this attack on democracy was the then-Vice Chancellor Abhijit Chakrabarti. VC, or V-Chhi! (Shame!) – as the students aptly labeled him during the protest that erupted right afterwards.

The trigger to the ‘kolorob’ (clamour) was an ugly incident which happened inside the campus during the University fest. A girl student from the arts faculty and her boyfriend were assaulted and abused by some fellow students on the pretext of they being found in an ‘compromising’ position.

Initially a few students started the protest demanding arrest of the abusers. Soon others including various students’ unions joined the protest. On September 16 midnight the VC called in the police to break the student demonstrators who had gheraoed the EC.

The rest is History. On September 17, 18 and 19, there were big protest rallies. The government and the VC alleged armed ‘outsiders’ including ‘Maoist’ had gathered and plotted to kill the VC and justified the police brutality on the students. Protests in solidarity across the country found their own creative languages.

The students gave a call of a ‘Mahamichhil’ (Grand Rally) on September 20 from Rabindra Sadan to Raj Bhavan (Governor’s house). Something unprecedented happened that day. Amidst pouring rain, thousands of people including students from across the state joined the march in a spontaneous outburst of rage, anger and solidarity.

That rally on September 20 will remain etched in the memories for its spontaneity, its uniqueness, its freshness. It was a day of celebration. A carnival of dissent. Critics denounced it as an elitist urban ‘spectacle’. But the spirit of Hokkolorob – the clamor refused to die down even after the resignation of the VC on January 12, 2015. It heralded an era of spontaneous, independent but political student movements in West Bengal whose strings were no more in the hands of the bosses of political parties.

The ‘Clamour’ continues. From Burdwan University to Calcutta University and more recently from Bidhan Chandra Krishi Viswavidyalaya to Gani Khan Chowdhury Institute of Engineering and Technology.