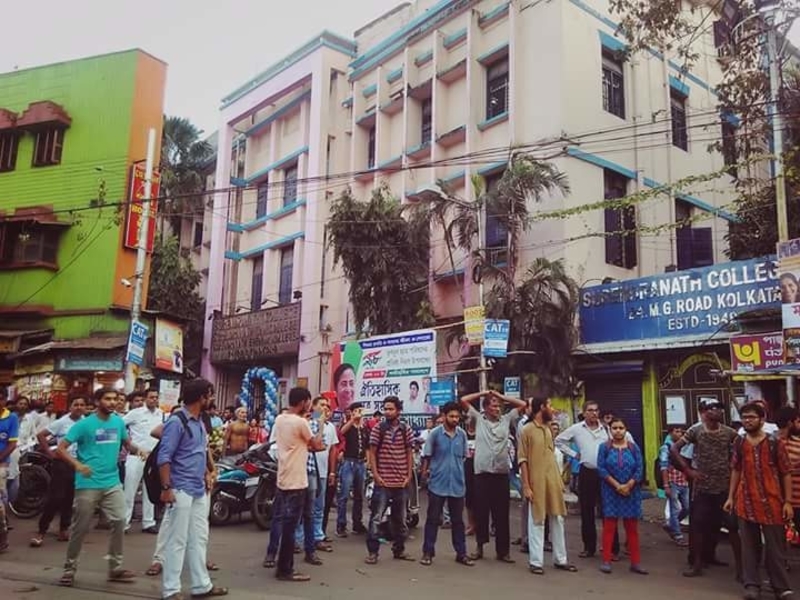 TMC student activists brutally attack and injure students at Surendranath College, Kolkata, for protesting against privatisation of higher education, scrapping of UGC and ruling party corruption in admissions across colleges in the state. Two students seriously injured. Police yet to arrest anyone though FIR has been filed. GroundXero report. 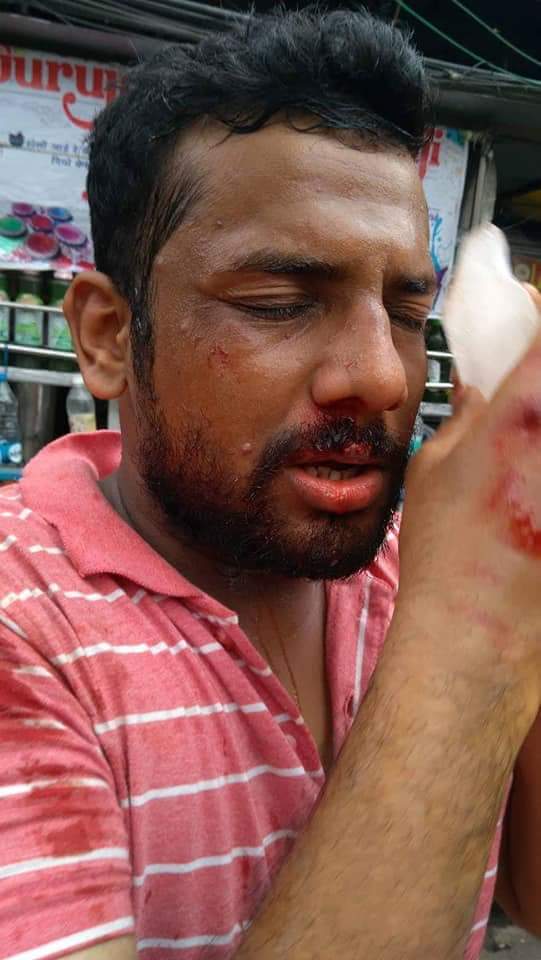 Mainak Maity had to undergo five stitches at the Calcutta Medical College Hospital.

Today, students belonging to a left students’ collective, were brutally beaten up by members and goons of Trinamool Chatra Parishad, outside Surendranath college in North Kolkata. The students of the left collective had gone to the college with the aim of campaigning for an upcoming seminar against scrapping of the UGC by the Modi Government. Two of the students – Mainak Maiti and Ritam Das – were severely injured while many other suffered minor injuries. The injured students were taken to Calcutta Medical College Hospital. While Mainak received five stitches and was admitted and kept under observation, Ritam was released after the requisite first aid.

Recently, activists belonging to progressive students and youths movements have come together to form a united platform called ‘Movement for the Protection of Right to Education’ to launch a campaign against corporatization of higher education by the Central government and corruption in admission processes in colleges of West Bengal, among other things. A seminar, to be addressed by eminent educationists, cultural and political activists and university teachers, is scheduled to be held on 31st of this month. The main issues to be highlighted in the seminar are : 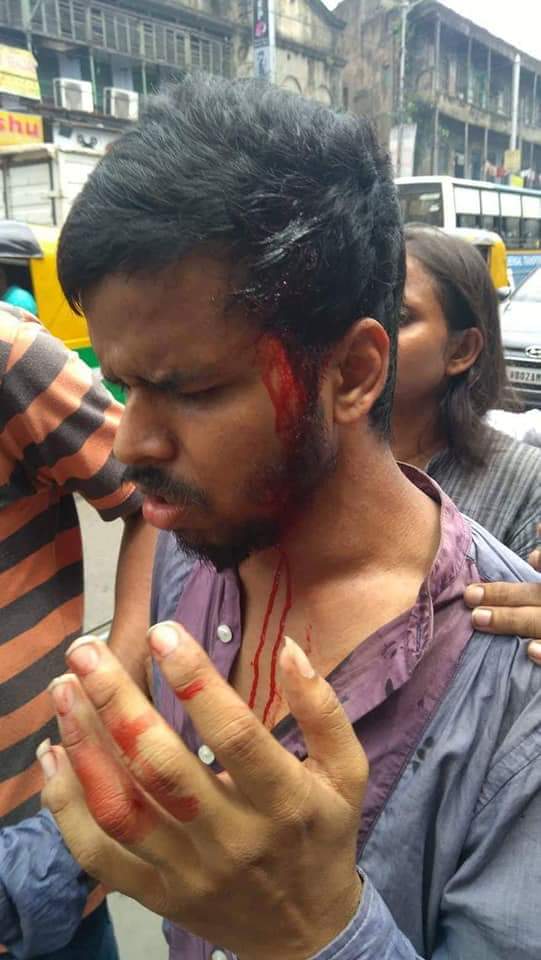 Today’s program was part of a wider campaign whereby the students and youth had been distributing leaflets amongst students in various colleges and universities. Today, when they reached Surendranath College, they were stopped by the TMC-affiliated students and asked to leave. In the middle of heated arguments, verbal abuse and repeated threats by the ruling party student activists, a group of students came out from inside the college and started beating up the students from the left collective. The students alleged that bricks, bamboo sticks and even knifes were used by the TMCP goons.

Though this might appear to be a “minor” occurrence, when placed in the context of the culture of normalized political violence in West Bengal, today’s incident, once again, proves the almost-complete absence of democratic spaces within the universities and colleges in West Bengal. It also draws attention towards a culture of complete lumpenisation of college and university student politics in the state. Only recently the Maulana Abul Kalam Azad University of Technology (previously known as WBUT) students had been physically attacked. Their campus had been shifted recently from Salt Lake to a place near the Kalyani Highway. The students were agitating against the lack of basic amenities in the new campus. During the protests, goons allegedly belonging to the local TMC entered the premises and beat up the agitating students, in front of the police. Many students are staying away from the campus ever since. Today’s attack proves that even a peaceful campaign consisting of distributing leaflets, will face brutal attack.

It would be worthwhile to remember, only last month almost all of the mainstream newspapers had carried charts of ‘rates’ for securing admission in colleges across the state. It also became evident that there were very few options left for most “ordinary” students and their parents, than to pay a hefty sum of money to the ruling party to secure admission in a college. The situation became so alarming that to pacify public opinion, the Chief Minister had to order arrests of some of the leaders of the student wing of her own organization. Today’s incident should not be seen as a mere isolated incident, but must be judged in the context of this larger culture of violence and lumpenisation in West Bengal. 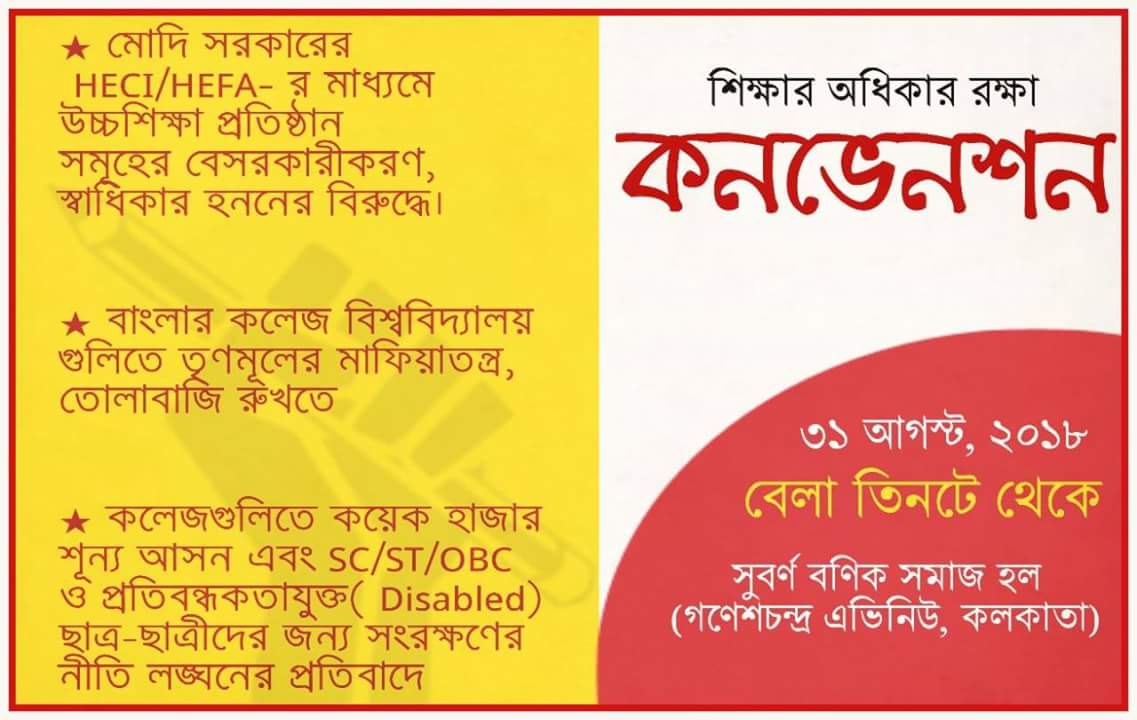 Upcoming seminar against scrapping of the UGC by the Modi Government

The attack on students has been condemned by all left and democratic student organizations of the state. Hundreds of students from various colleges in and around the city reached Medical College and Hospital. A protest rally, defying the standing 144 CRPC in College Street (another undemocratic measure of Mamata’s administration to quell protest demonstrations) was taken out by the students. The rally marched on to Surendranath College followed by a token road block, demanding immediate arrest of the attackers. Many of the concerned students also demonstrated in front of the Muchipara police station and forced the police to accept an FIR.

The police have, until now, not arrested anyone. The condition of the injured student, Mainak, has been reported to be stable. 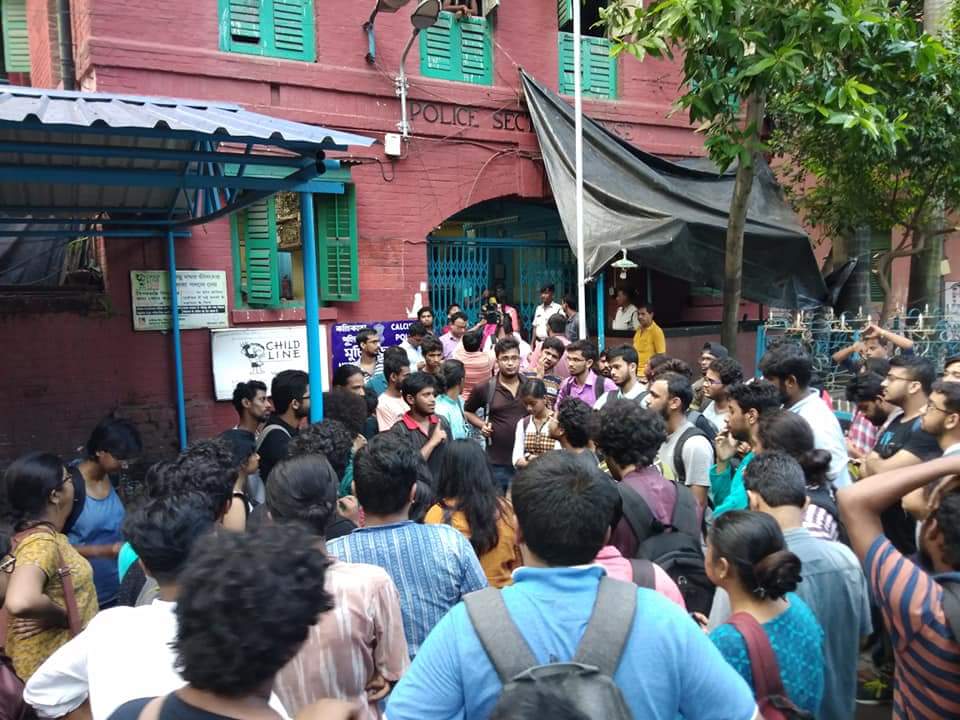 Students demonstrate outside Muchipara police station demanding filing of FIR and arrest of the attackers.