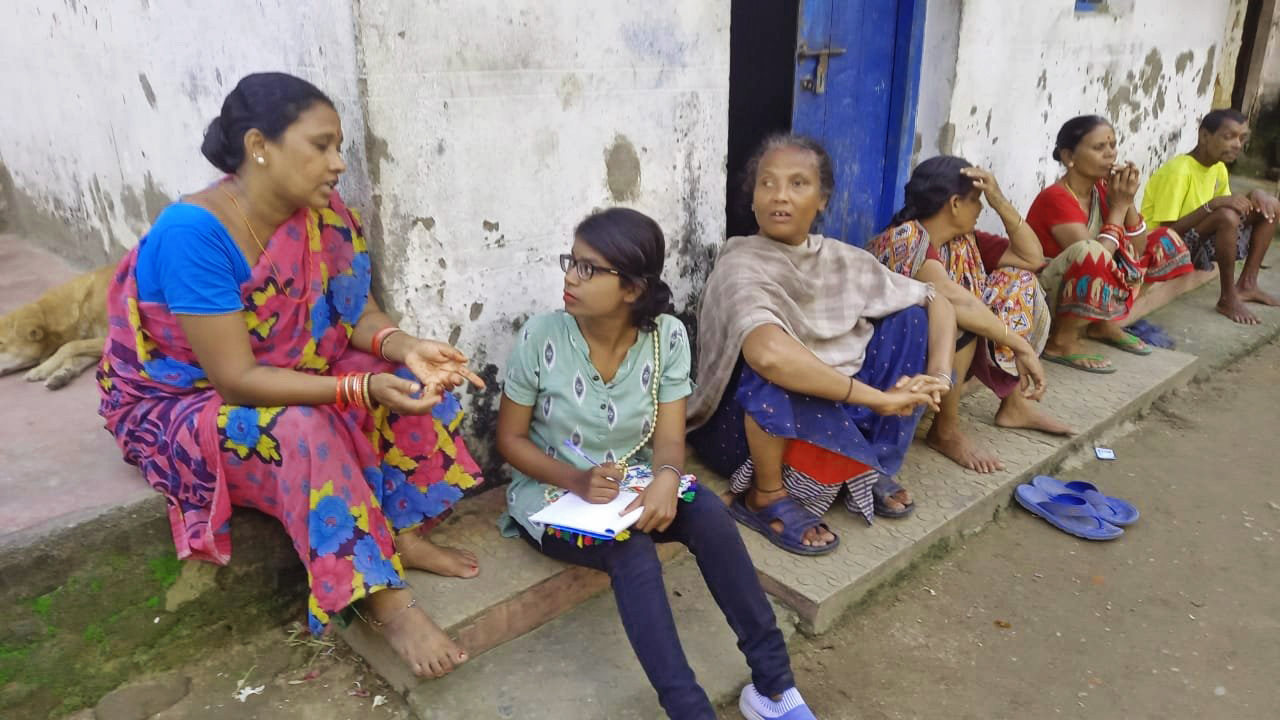 Who helps the domestic help?

What do broken dreams look like? Perhaps like the Stationpada slum of Sambalpur. The small dingy structures are home to more than forty women who work as domestic workers. One of them, Anumati Haripal, invited me in with a smile. While we talked, her husband spoke to her harshly more than once. Anumati hardly reacted – it was clear that she was often abused by her husband. “I am working to pay off a loan we had to take when he grew a tumor,” she confided. She earned only Rs 2000 per month, most of which went to pay the loan. “I work even if I am sick. If I don’t go to work, I lose a day’s pay,” said Anumati.

The slum didn’t offer much by way of healthy living. There were no toilets, women were forced to defecate in the open under the cover of darkness. They barely found the time to eat or rest properly.

Cooking, cleaning, caring for the children and the elderly are skilled jobs. But the women earned much less than the government-recommended minimum wage for unskilled workers. One of the women I spoke to had health insurance. None had enrolled in any pension scheme, or any other social benefit.

Stationpada slum offered a fragment of this larger picture. Laaza Haripal, 45, started working as a maid when her husband died six years ago. “I don’t like the work, but I need to feed my children and educate them,” says Laaza. She worked in two houses, yet earned less than Rs 3000. After paying rent, she barely had enough for household expenses.

The domestic workers of the slum were paid between Rs 1200 to Rs 2000 per month per household. This put them below the poverty line (annual household income of Rs 27,000, or Rs 2250 a month). “Our wages are not hiked even when the cost of food and all other basic things shoot up several times,” complained Laaza. The families simply refused to pay more. “We do not have an union, or any organistion, that can support us,” they added.

According to NDWM, the working hours of domestic workers can go from 8 hours to over 18 hours a day. Wages, leave facilities, medical benefits, and rest time are at the employer’s mercy.

Despite this, many women felt a strong sense of loyalty to their employers. Priti Haripal, 35, said she worked in the same household for 12 years. “During the Covid pandemic, when we were forced to stay at home without work, my malkin (employer) paid my monthly salary. I will not leave her.” Others looked forward to the sarees and gifts (such as clothes for their children) they received during festivals.

Perhaps what these women feared the most was sickness and old age. “Most households do not prefer to employ older women as they are weak and slow. Thus, young women get more work than older women,” said the women of Stationpada.

Dr Sanjeev Mishra of VIMSAR Hospital, Burla, said that they suffered mainly from four health problems —  Vitamin-D deficiency, which led to chronic knee and waist pain, anemia, fungal infection on hands and feet due to overuse of water, and mental health problems. “Very few discuss their mental health, which is very fragile as they give less time to home, friends and relatives. This makes them feel lonely and insecure.”

Asked about abuse at workplace, only a few women reluctantly admitted to being the victims of verbal and physical abuse. Perhaps most of them feared that protesting against abuse would mean losing jobs.

Can the domestic workers of Stationpada slum dare dream of a better life? They certainly hoped for support by the government. State Social Security Boards have been set up for unorganized labour in 11 states and Union Territories, including Odisha. The Unorganized Sector Workers’ Social Security Bill, 2007 passed on 8 January 2008, includes domestic workers in the unorganized sector of workers. In Odisha, the responsibility of providing social security to the unorganised sector is with the Labour Directorate. Will the women of Stationpada slum, and other domestic workers in Odisha, get their entitlements?

Dr Madhumita Biswal, Assistant Professor in the department of Sociology, Sambalpur University said, “There should be a guarantee of a decent wage for domestic female workers, and the government must ensure that. Secondly, strengthening the public sector will bring workers’ children’s education under the purview of the government. Thirdly, we must sensitize people about the value of domestic work. Employers need to consider the labor of domestic workers as valuable, and treat the women well.”

Many Indian households run on the shoulders of domestic workers. Hence householders need to pay them fair wages, and society needs to respect their needs. Women of Stationpada slum are the underbelly of development in India.

Priti Suna is a fellow of the Young Women Journalists Mentorship Programme, jointly organised by South Asian Women in Media (SAWM) India and Unicef. Sixteen women journalists are being supported for travelling and reporting on the theme, “Working Women and their Children.” The three-month programme will end in November, 2022.