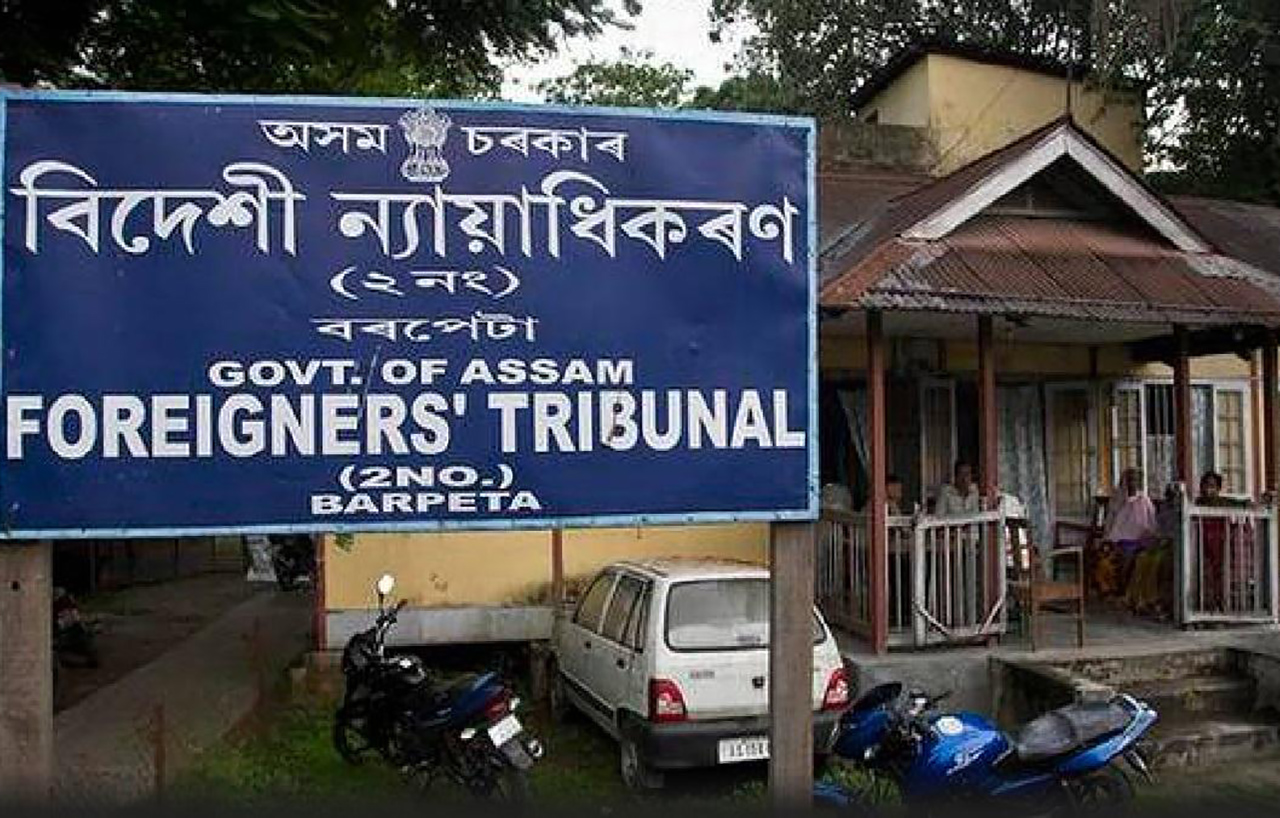 “NRC is Bad, but…it is good for Us”: The Us Vs Them of Assamese Nationalism

Riya Ray’s critque of an article by Uddipana Goswami titled, “How to Challenge the Anti-Migrant Rhetoric in Assam” published at Raiot.

On August 23, 2022 Raiot published an article by Uddipana Goswami titled, “How to Challenge the Anti-Migrant Rhetoric in Assam”1. It is not unlike Raiot to platform the dominant and powerful caste Hindu Assamese, and their anti-Bengali, anti-migrant, anti- Bengali Muslim takes as progressive and sometimes even decorated with overarching claims of these being “indigenous” voices.

The Assamese have been claiming to be sons of the soil and native to the state but they are not, just like most of the communities residing in Assam are not. Assamese culture and language have been imposed on most people of Assam and people have lost their own identities and resorted to calling themselves Assamese. The Assamese of the Brahmaputra Valley have been grappling with the resistance of the Barak Valley who hold on to their official language and culture since 1961.

Uddipana Goswami’s article is yet another example of the anxiety and anti-migrant rhetoric that she tries to undercut through the title of her article. Her article starts with how her words have been twisted and used against her in the past. Maybe the questions she needs to ask herself are: what are these words that she is using claiming to be an advocate of the voiceless, and why and how does she become the torchbearer to speak on behalf of these imagined oppressed people?

Let’s look at her words: “When the people’s movement against the amendment to India’s Citizenship Act started in 2019, I was commissioned by a leading international news outlet to write an essay to reflect my views on Assam’s passionate reaction to the amendment and the wide allegations of xenophobia being made against the people of Assam.” Instead of sitting back and reflecting on  how the reaction to CAA by Assamese nationalists is not unique at all2, various people across the country were anxious about the influx of outsiders taking away jobs, opportunities, much like the very North American anxiety towards migrants (not to mention how much of these identity politics are a strain of the US identity politics).

In the same paragraph, Goswami moves on to say that this was Assam’s “cry for help”, “survival of marginalised, indigenous communities” while not clearly naming or stating who these communities are and how they are being oppressed, and by whom? Clearly, she has taken her own advice and is careful about not naming anyone or anything. But the insinuation is clear: native vs. outsiders. Who are these outsiders, the others, the migrants, the ones who are apparently oppressing the natives? There is no clarity.

Assamese ethnonationalism has a habit of throwing out words and numbers without any kind of verification or supporting evidence. Another example of such a case would be Akhil Gogoi, who famously quoted the numbers with no basis, “Two crore illegal migrants — Hindu-Bangladeshis — will enter Assam. It will be a BJP-RSS vote bank.”3&4 The ideology of the native Vs. outsider is deeply entrenched in the Assamese nationalist movement that cannot be transformed into a liberal stance against the oppression of the minorities. If we are talking about the oppression of the minorities, the Assamese forward castes, like Goswami, have more to answer than anyone else. Goswami says she wrote an article as an open letter to her son, which was then rejected by the media outlets; a recording of her letter is attached to the article.

What I find curious and disturbing in her article is that if she is worried about the ‘indigenous’ population of Assam, why is the domination and imposition of Assamese culture and language never pointed out? Assamese language was imposed on the Barak valley, unsuccessfully, and successfully on various tribal communities in Assam. Why do the marginalised people she has claimed to be talking on behalf of  not named, addressed, in her article or her video? Or she is the marginalised victim in this? More than the tribals, Bengalis (both Hindus and Muslims) of Assam.

The prevailing anti-Muslim/anti-migrant sentiments in Assam must be traced back to these conflicts and addressed in conjunction with a host of allied concerns that go beyond religious binaries into ethno-nationalist politics, resource alienation, loss of livelihood, demographic changes, linguistic and cultural transformations, environmental degradation and the impact of climate change, among others.

While I agree with Goswami that anti-Muslim/anti-migrant sentiments needs to be traced back to ethno-nationalist politics, the next series of words and phrases directly undercut that historical impulse. She goes on to say “resource alienation, loss of livelihood, demographic changes, linguistic and cultural transformations, environmental degradation” without citing any evidence for her claims. She parrots ethno-nationalist arguments yet again. The dirt-poor marginalised communities living near the river banks are wrongly blamed for the degradation of the char areas, whereas, they are the biggest victims of climate change and floods in Assam.

Her video declares her proud lineage of the Assam Andolan where, apparently, her father fought for the marginalised, instead of declaring the full reality: that it was a period of significant and brutal ethnic policing, and started with Bongal Kheda5 – a  xenophobic movement. She forgets to point out how the Assam Andolan was fundamentally an anti-Bengali movement, an anti-immigrant, anti-refugee movement. The famous slogans were “If you see a snake and a Bengali, kill the Bengali first”, “Assam for Assamese”6, the movement was against, the “Ali, Coolie, Bongali, Naak Sepeta Nepali.”7 She refers to the complex history of Assam but fails to mention the organised Nellie massacre8 of 18th February 1983 and how the events of Assam during that point in history led up to the genocide fuelled by the anti-immigrant movements and anti-Bengali agitations. There has been enough apologia for Nellie massacre in both journalistic and academic writing throughout the years but hardly any recognition of the larger narrative that led to a massacre like that, and this article is no exception to it. Nellie was one of the worst genocides and violence on minority community in modern India, where the number of victims are under-reported and none of the attackers were ever charged with any consequence. What the liberal Assamese community conveniently twists, forgets, ignores and sometimes justifies is the anti-immigrant position they have held for ages in different forms.

Uddipana Goswami without tracing the poisonous rhetoric of these andolans, and without addressing the Bhasa Shahid Andolan of Barak Valley, where people gave their lives to resist imposition of Assamese language should not be talking about the using of words and going beyond everything to understand xenophobia. She is a poor reader and writer of words despite her training in Literature.

The anti-CAA agitation of Assam wasn’t unique. They just wanted an anti-immigrant NRC of Assam, not just Muslims, but all and everyone who is not Assamese, who refuses to assimilate and forget their identities, cleaving to the dominant-caste and class nexus of middle-class and upper-middle class Axomiya. Behind her mealy-mouthed rhetoric, Uddipana Goswami is just another upper class, upper caste Assamese who has suddenly assumed the identity of being oppressed in Assam, as they do from time to time.

5 Bongal Kheda translates into “Drive Out the Bongals or Bangals”, a term derogatorily used for Bengalis in Assam.

6 Conveniently discarding the tribes, Adivasis, and non-assamese communities of Assam.

9 On May 19, almost every year, the Assam Board schedules a board exam, knowing very well in education institutions especially the Bengali-Medium Govt. Schools this is a day of remembrance and celebration of Bhasha Shahids of Barak Valley.

(The author is an independent researcher based in Silchar, Assam. She is currently engaged in translation work on the NRC-CAA victims in Barak Valley.)