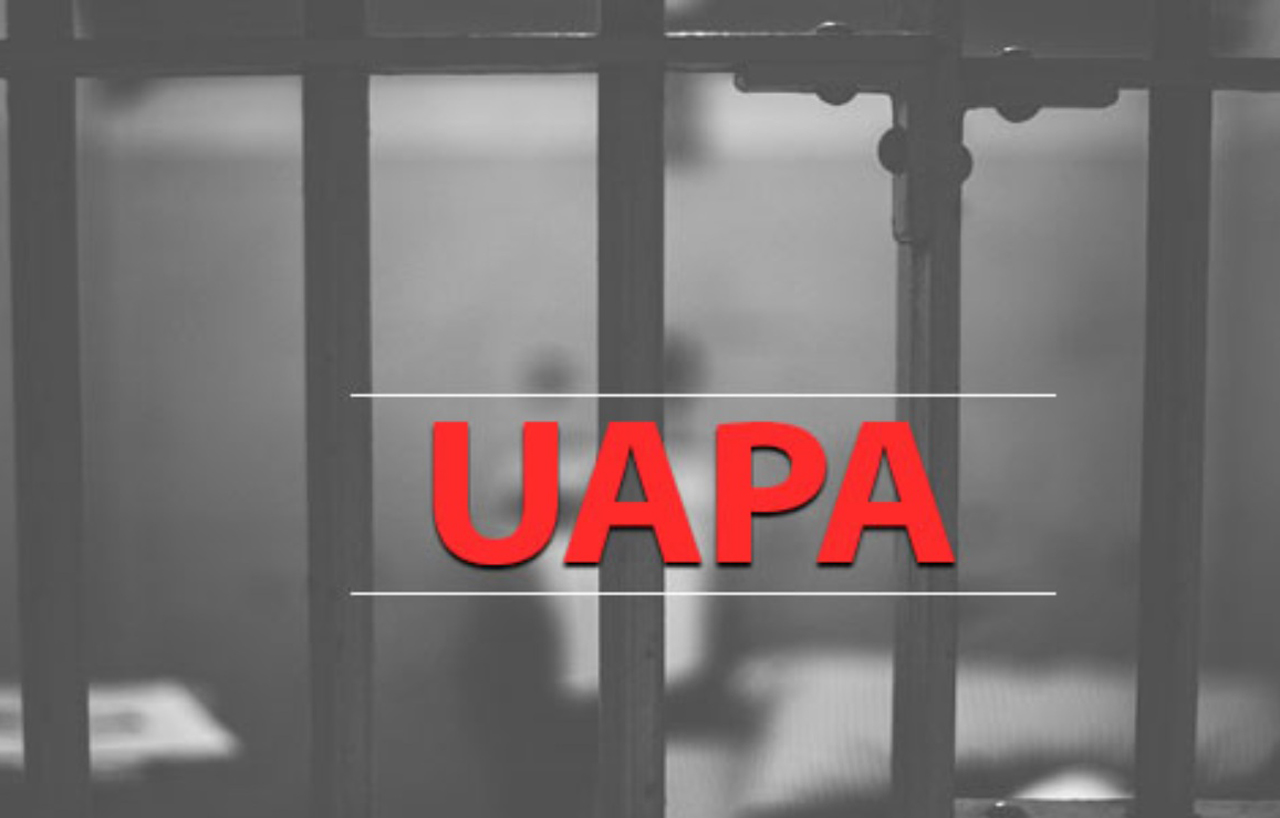 CPIM has expressed time and again their opposition to the use of draconian UAPA. However, in reality, 145 cases were registered by the LDF government in Kerala between May 25, 2016-May 19, 2021. Their love for imposing UAPA has become most evident in the case of alleged Maoist leader Roopesh.

Very recently, the CPIM-led Left Democratic Front (LDF) government has moved the Supreme Court against the Kerala High Court quashing the UAPA cases filed against alleged Maoist leader Roopesh. The entire sequence of events, as explained below, brings out once again the double standard adopted by the CPIM in questions of implementation of the Unlawful Activities (Prevention) Act, 1967 (UAPA). CPIM has expressed time and again their opposition to the use of draconian UAPA. However, in reality, 145 cases were registered by the LDF government in Kerala between May 25, 2016-May 19, 2021. Curbing opposition to the LDF was noted when charges were slapped on two left-leaning students¾ Alan Shuhaib and Thaha Fasal¾ in the Pantheerankavu UAPA case. But their love for imposing UAPA has become most evident in the case of Roopesh. Let us see why we believe it to be so.

In May 2015, alleged Maoist leader Roopesh and four others were arrested near Karumathampatti, about 25 km from Coimbatore by the joint police forces from Kerala, Karnataka, Tamil Nadu and Andhra. Except for Roopesh, others have secured bail.

Earlier, in 2013, two cases were registered against Roopesh and others at Kuttyadi Police Station in Kozhikode district and in 2014 one case was filed at Valayam Police station of Kozhikode district. The allegations in these cases are more or less the same ¾ Rupesh and others, armed with guns, visited some houses near the forest. With an intention to further the activities of the banned organisation, they distributed leaflets and invited support from the residents. After his arrest in 2015, since other accused absconded, a charge was filed against Rupesh under relevant sections of UAPA and IPC. He was charged under Sections 143 [Unlawful assembly], 147 [rioting], 148 [Rioting, armed with deadly weapons], 124A [Sedition] read with 149 [Every member of unlawful assembly guilty of the offence committed in prosecution of a common object.] IPC and Section 20 [Punishment for being a member of a terrorist gang or organisation] and 38 [Offence relating to membership of a terrorist organisation.] of the UAPA.

As per Section 45 of UAPA, no Court can take cognisance for offences under Chapters 4 and 6 of UAPA without prior sanction. The same section also provides for constituting a Recommending Authority for an independent review of evidence collected during the investigation and to report its opinion to the sanctioning authority.  Sanctioning Authority, in its turn, has to decide on sanction after perusing the report of recommending Authority. The statute also prescribes a time frame for this process. As per the UAPA Sanction rules, the Recommending authority has to make its report within 7 working days from the date of receipt of evidential materials. Likewise, the Sanctioning authority must decide within 7 days of receiving the report from the Recommending authority. In the case of Rupesh, both, the authorities violated the time frame, and the sanction was issued within the period of 6 months.

Therefore, Roopesh had filed a discharge application before Sessions Court Kozhikode challenging the Sanction, which was dismissed by the court. Then in September 2019, in Kerala High Court, Justice Raja Vijayaraghavan had quashed the UAPA charges against Roopesh stating that there was a significant delay in granting sanctions by the state government. In this context, it is worth remembering the statement of the Palakkad Sessions Judge V Prakash, who had discharged Roopesh in another two cases on the ground of violation of the time frame for granting sanction, on September 9, 2020. He had stated that the Kerala Police, in both the now-closed cases had shown a “dishonest intention” “to detain the accused in jail indefinitely.”

The LDF-led state government had appealed before the Supreme Court.  They had argued that the Kerala HC order was passed by a single judge whereas it is the Division Bench which has jurisdiction in the UAPA cases. Considering this aspect, the Supreme Court remanded the matter back to the High Court of Kerala. The matter was again heard in detail by the division bench of the Kerala High Court who had discharged Rupesh from three UAPA Cases. The time frame prescribed by the sanction rules was not followed by the Kerala State government in all three cases. And this is the main reason for discharge. “Amidst the raging controversy as to the retention of the offence of sedition in the IPC; which the naysayers categorise as a relic of the colonial past; a symbol of British hegemony and the votary’s support in the wake of rising anti-national feelings under the cloak of liberal thought, the Government sat over a sanction for six months, violating the time frame prescribed in the rules,” the Kerala High Court had observed in its verdict.

Thus, two successive court orders have not only quashed the government’s appeal for imposing UAPA charges on Roopesh but also clearly brought out the political motive of the LDF in curbing opposition voices by indefinite detention. However, the Kerala government, headed by its Politbureau member, is attacking the only provision available in UAPA to safeguard the victims of the draconian law.

Janakeeya Manushyaavakasha Prasthanam, Kerala, has started a campaign against this undemocratic move of the LDF government, with an aim to pressurise them to withdraw the appeal. CDRO supports their campaign and feels that such a nefarious move of the CPIM should be exposed in front of all democracy-loving citizens of the country.