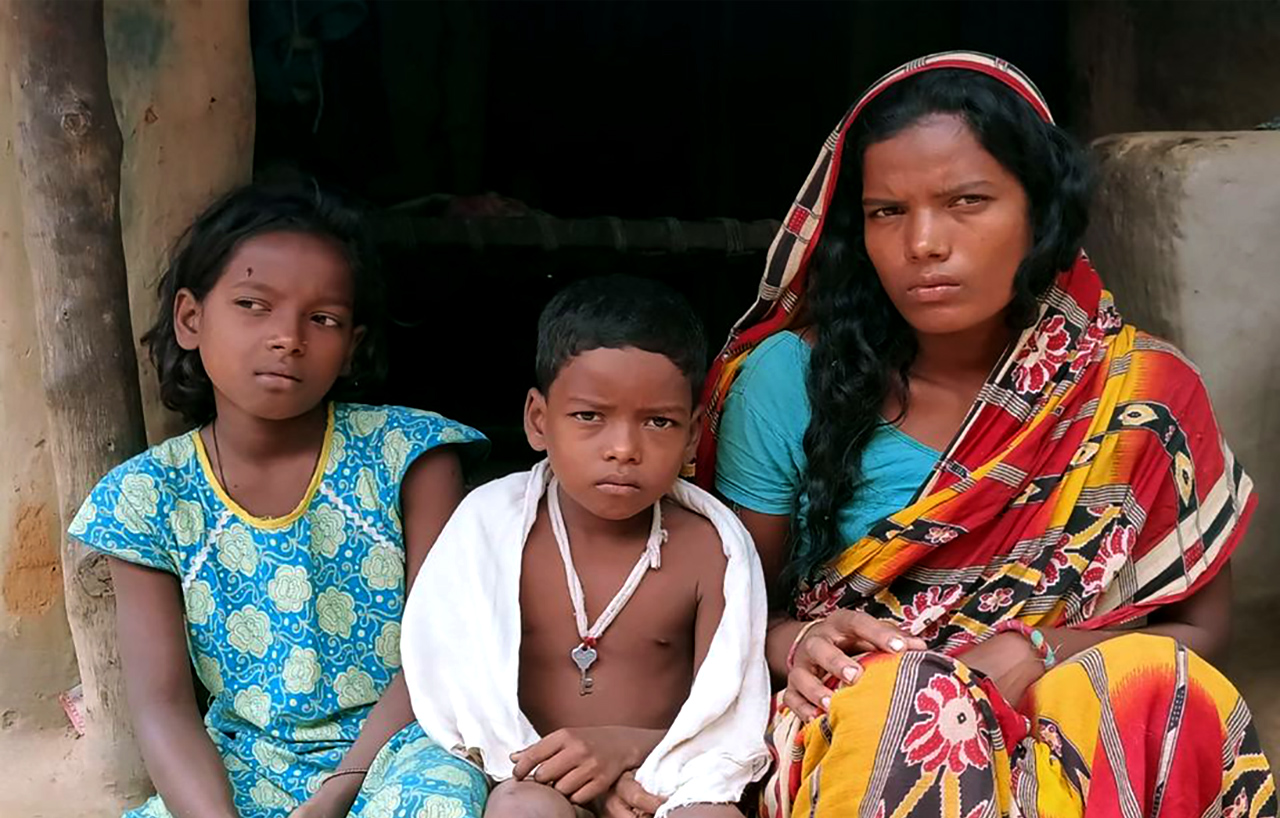 Death Due to Hunger in Jungle Mahal: A Fact-Finding Report

On 3rd August, 2022, a person from the scheduled tribe community, residing in Bhulabheda village under Belpahari police station of Jhargram district, reportedly died of starvation. A fact-finding team from the Right to Food and Work Network, West Bengal visited the area to investigate the incident. The name of the deceased is Mr Sanjay Sardar. The fact-finding team spoke to his family members, neighbors, local ration dealer, ASHA workers, Binpur-II Block Development Officer, Personal Assistant of the Block Medical Officer of Health, Belpahari Block Hospital and District Magistrate of Jhargram. The report was publicly released through a press conference in Jhargram on 16th August, 2022, in the presence of the wife and brother of Late Sanjay Sardar. The fact finding team also submitted the report to Additional District Magistrate (Development) of Jhargram Mr. Pijush Goswami. 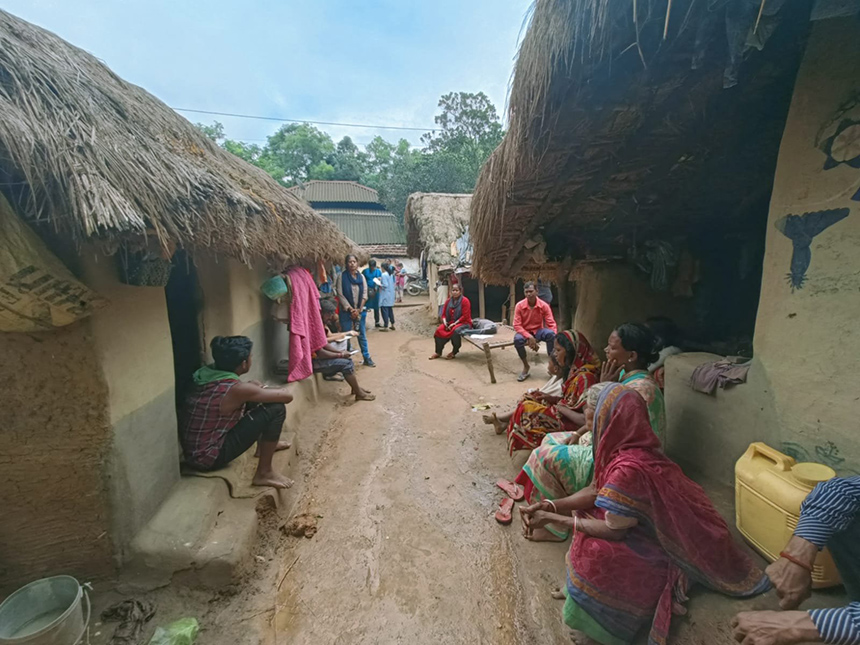 The findings of the fact-finding team is summarized below : 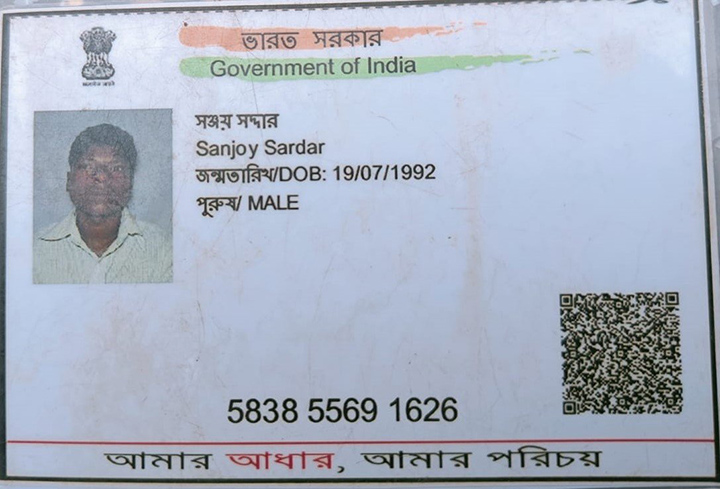 The deceased Sanjay Sardar’s immediate family comprising his wife Saraswati Sardar (27 years old) and their two children Gita (9 years old) and Sudip (6 years old) have been suffering from acute food insecurity since long which got exacerbated by the lockdowns.

Sanjay was a migrant worker who, like millions of other migrant workers, was forced to make his way back to home himself. He struggled to find work nearby and was engaged in irregular and underpaid work. Sanjay and the others in his family, i.e. his brother and wife had applied for job cards under the Mahatma Gandhi National Rural Employment Guarantee Act but never got it.

Saraswati Sardar, the deceased wife clearly stated that the family was skipping meals since a long time now. During lockdown due to almost no work available and not having access to government rations, the family survived on the dry rations which the children’s schools were providing. In the week leading to Sanjay’s death, the family had been eating only one meal a day or the quantity of one meal divided over two times.

The family of four had two Rajya Khadya Suraksha Yojana II (RKSY II) ration cards. The allotment under these cards is 2 kgs of foodgrains per head per month at the rate of Rs 9 per kg for wheat and Rs.13 per kg for rice. Even these two cards have been invalid for the past 6 months almost since digital cards have become compulsory. Hence, the family was not able to pick up ration for the past 6 months.

The family is eligible for Antadaya Anna Yojana(AAY) cards. As a result they were denied not only rations of 35 kgs as per AAY card but also the Pradhan Mantri Garib Kalyan Anna Yojana (PMGKAY) which is an additional free 5 kgs of foodgrains, announced by the PM,

Sanjay had been diagnosed with tuberculosis in June 2022. He had been given a TB identity card and was regular with his check-ups. However, the family did not know about the provision of Rs 500 per month under Nikshay Yojana, the central scheme for TB patients.

The fact finding team visited other houses in the village. There were a number of grievances which came up against the local ration dealer. These comprised complaints such as not receiving receipt of the quantity of food grains that they were picking up; not being allowed to take their previous month’s rations in the present month if they had for some reason been unable to pick it up; being denied rations if the fingerprints were not matching; not allowing any other family member to pick up rations on behalf of other members etc.

The team came across an old man, Sapan Sahish, from nearby Amar Dubi village, who was found begging. On speaking to him it was found out that he had a ration card but was unable to get rations from it after the biometrics system had been introduced. The team saw that due to leprosy he had hardly any fingers which could be used for fingerprints. On that pretext the ration dealer  had been denying him rations.

Saraswati is receiving Lakshmi Bhandar money of Rs 500 per month, though she is entitled to receive Rs 1000 per month. She gets only half the share because of not having a ST certificate.

On the evening of 9th August after the team had visited Sanjay’s family, the ration dealer also visited their house and threatened Ranjit, the deceased brother. He asked him to sign on a piece of paper declaring that his brother had died of Tuberculosis and not hunger. Ranjit refused to sign.

The cause of Sanjay’s death should have been given by the Doctor on duty and the Post Mortem report. Neither has any doctor said anything yet nor has the Post Mortem report been released; then how does the administration say with overconfidence that Sanjay died of TB and drinking liquor and not hunger?

The report concluded that the allegations against Sanjay and his family are reflective of the larger attitude that the State holds towards the marginalized. In the case of the Adivasis in our country, the false stereotypical perceptions of their laziness, backwardness, illiteracy, drinking and merrymaking, still form the predominant perceptions of often blaming them for their own plight.

The team has made the following demands

Based on the demands from the report, Additional District Magistrate (Development) of Jhargram Mr. Pijush Goswami has said RKSY-1 card will be delivered to late Sanjay Sardar’s family within 15 days. He also assured to give the Scheduled Tribe certificate to this family at the earliest. He told the team that he would look into the other demands as well.

We give below the full report of the fact finding team on the starvation death of Sanjay Sardar.