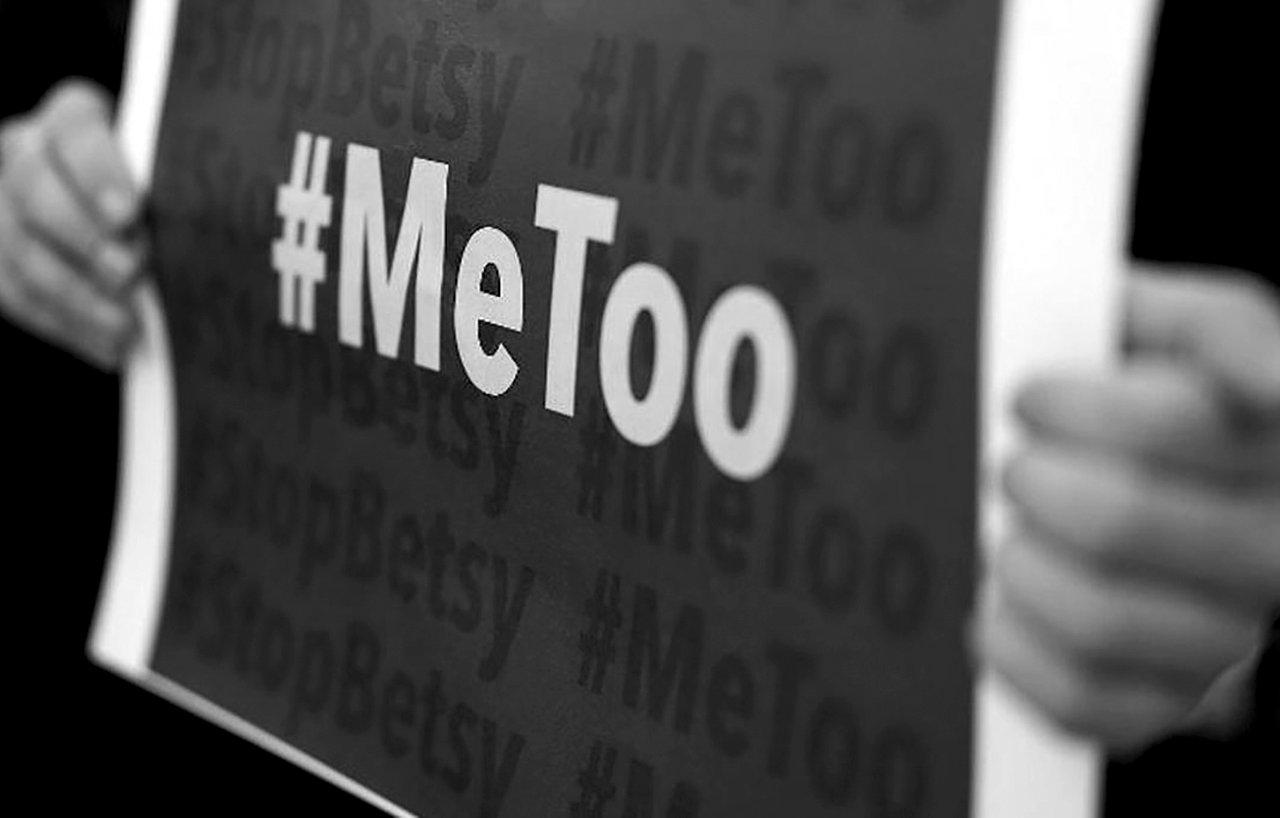 Ashley Tellis examines the claims of so-called feminist websites like Feminism in India, Promise to marry cases and the infamous LoSHA and calls them the real dangerous and damaging forms of anti- feminism.

The LoSHA list and Promise to Marry cases are of a piece as is the Feminism in India website. All represent the shoddiness, lack of ethics and sheer vindictiveness of women who have done more damage to the struggle against sexual harassment and rape than any actual sexual harasser and rapist has ever done.

A recent article on the website Feminism in India about alleged harassment of a woman by Hindi writer Nilotpal Mrinal by Pragati Parihar is a prime example or proof of this.

The writer is based in Dublin and that perhaps accounts for the fact that there is no real work on the ground on the case at all, no reportage, no interview with either victim or accused and very few facts about the case. Parihar articulates the case in the first instance as a promise to marry case, alleging “rape for 10 years under the pretext of marriage (sic)”.

The first thing to point out is that this is an interpersonal relationship and not a workplace harassment case which is what the law is based on. Second, no case has been filed yet but an FIR has been filed under what seems to be a Promise to Marry rape case. Third, this is pretty much where the story ends.

Instead of offering an account of promise to marry cases and the problems with calling these rape cases, the author uncritically endorses this category and collapses it with sexual harassment at the workplace. In this regard, it is indeed important to study the promise to marry cases as they appear in courts. I will take just one illustration. In a 2015 Goa case in the High Court of Bombay at Goa (Yogesh Palekar vs. State of Goa) a woman had filed a case against her boyfriend under Section 376 of the IPC and the trial court had sentenced him to seven years of imprisonment and a fine of Rs 10,000.

The High Court judge, Justice C. V. Bhadang, wrote, after analysing the complex details of the case, which include caste (the girl is Dalit), mental health (the boy when into depression after the case was filed) and contradiction (the woman pulled out as she did not want to cause the man mental pain): “This would clearly show that there was deep love affair (sic) between the appellant and PW-1. It cannot be said that the consent given by PW-1 was on account of any promise to marriage made by the appellant.”

The judge was also kind enough not to fine the woman for reneging on her accusations. This shows that even courts and judges, and the law (mindlessly denigrated by the so-called internet warrior feminists) have more complexity and nuance in understanding the power dynamics in a relationship than Feminism in India for whom the world is black and white: all women are victims and all men power-wielding rapists. This is not the only case that proves the actual feminism of judges. Another Bombay High Court judgement, this time from Nagpur, said the same thing. (https://www.barandbench.com/news/rape-case-failure-to-fulfil-promise-of-marriage-does-not-mean-promise-was-false-bombay-high-court).

The author of the article then says that “some twitter users” have pointed out that the victim comes from a marginalised background.” In the rest of the article, comparisons are made with Bhanwari Devi (a workplace and caste-and-gender based gang rape case that does come under sexual harassment) and the Hathras gang rape case (a non-workplace-based gang rape with a caste and gender character that does not ) and generalised comments are made about power and abuse.

These so-called feminists ironically portray the woman as completely victimised, incapable of agency and not culpable at all; indeed they do not deem adult woman as capable of reason at all. Their only intent is to demonise men and men they imbue with incontrovertible authority and power. Jacqueline Rose makes this point about #Me Too. That ironically, it reinstates the man as infallible and with totalising powers, an erroneous, second wave feminist conception of patriarchy and men.

An earlier article on the same website by “Anonymous” accused ad hoc lecturer in Delhi University, Kanav Gupta (hardly representative of any great power and authority) of being a sexual harasser and abuser of power, again based on an interpersonal relationship he had with a student. No questions are asked about the ethics of the student in having a relationship with a teacher but the teacher is vile and unethical for having one with a student and wanting to hide it.

This story at least has some facts in the form of a sordid personal narrative full of hideous details about the relationship in which the woman appears to have participated, withdrawn, capitulated, re-participated, quit of her own accord. No questions are asked of her extremely dubious role in this interpersonal relationship.

Feminism in India claims to have other anonymous women (friends of the victim) who “have attested to witnessing much of what has been described in the article”, corroborate her story and have offered “consent to testify if required”, a bizarre formulation that actually makes no legal sense at all. Further, how on earth these women could have “witnessed” most of what appears to have happened behind closed doors, in bedrooms, in clandestine locations and even a different city/town is beyond this writer’s comprehension.

A facebook group of Lady Shri Ram College students called “LSR Batch of 2015” started a campaign against Gupta, writing a signed letter to King’s College, London where he is currently doing his PhD, to inform them about his being a sexual harasser. The lack of ethics of this is outrageous. There is no formal complaint, no case, no procedure and a career was sought to be destroyed (the letter does not exist any longer as a google form).

In both cases, the men from what we know, seem perfectly obnoxious. Their abuse of the women appears beyond doubt. But can one simply vilify them without a trial? What becomes of the principle innocent until proven guilty? The first woman has at least filed what seems like a Promise to Marry case; the other simply writes a personal narrative on a so-called feminist website.

But in neither case has any action been taken, case filed, procedure followed. In the first case, the police have not decided what action to take; in the second, nothing but the voyeuristic narrative is offered, which, at the very least, implicates the victim as much as the alleged victimiser.

But are these rape/sexual harassment cases? Are these evidence, which Feminism in India claims in both cases, of the rampant abuse of power or two relationships gone wrong because of what looks like abusive men and masochistic women? Practically every heterosexual relationship can be shown to have abusive men and/or women.

Why do we need to know these stories? Why aren’t these just formal cases with confidentiality of both victim and alleged perpetrator maintained? Does sub judice have no meaning anymore because the internet files the case, solves it, convicts and sentences in one second? Why have the alleged perpetrators already been convicted, pronounced guilty and cancelled by a website that is incapable of even the most basic research into a case?

The Kanav Gupta story carries a screenshot of an illegal list that has in any case been taken down years ago after the equally shoddy creators of it (birds of a feather endorse each other) were asked for evidence for the claims they were making about the men on the list and could provide none. They claimed they had meticulously collected hours of evidence (was it 30 hours or 90 hours per case?) but could not just put it out there, like their shoddy list, let alone file cases for the women, by working with them (even as they claimed to be doing so).

Raya Sarkar (earlier Steier – how feminist of her to take on her husband’s surname! but like with all her positions changed back to Sarkar after realising her stupidity) claimed she had mid-term exams in her law school in California (isn’t it slightly bizarre for a person who does not believe the law can ever provide any justice to do law degrees?) and then just took down the list when Professor Partha Chatterjee asked her for the evidence she had against him on the basis of which his name was on the list.

Sarkar also lied about her caste, her class, her own past and her own violent and criminal behaviour in many instances at Jindal Global University (JGU) where she studied, evidence of which is easily available, if only investigative journalists bothered to look. She also claimed to a journalistic source that JGU was perfectly professional and amazing, yet she complained relentlessly for about five years as a student there. This writer has evidence of both these facts on record and with his lawyers.

The website Feminism in India embodies the most unthinking articulation of women’s rights. It is representative of what is wrong with the contemporary young feminist movement, if it can be called that at all. It is time we reclaim feminism from these internet warriors who actually do no feminist activism at all but only wreak vengeance on a few men’s lives from behind the comfort and safety of their computer screens while millions of women actually suffer sexual harassment.

After the glorious moment of the list, this writer was at an anti-sexual harassment protest outside the School of Open Learning, Delhi University, organised by Pinjra Tod (the only feminist group on the ground actually fighting sexual harassment in the contemporary moment, despite being silenced and damaged by the current dispensation). None of the internet warriors were spotted there. It was the usual suspects, small in number, angry in spirit.

Feminism in India, LoSHA and Promise to Marry are the most anti-feminist symptoms of our times. And our times are so poisonous, that they pass for feminism.

Full Disclosure: Ashley Tellis was the only gay man on the alleged list of heterosexual sexual harassers’ of women on the internet, more popularly known as LoSHA.

(The views and opinions expressed in the article are the author’s own and does not represent the views of the GroundXero Editorial collective. We welcome healthy debate on the issue.)