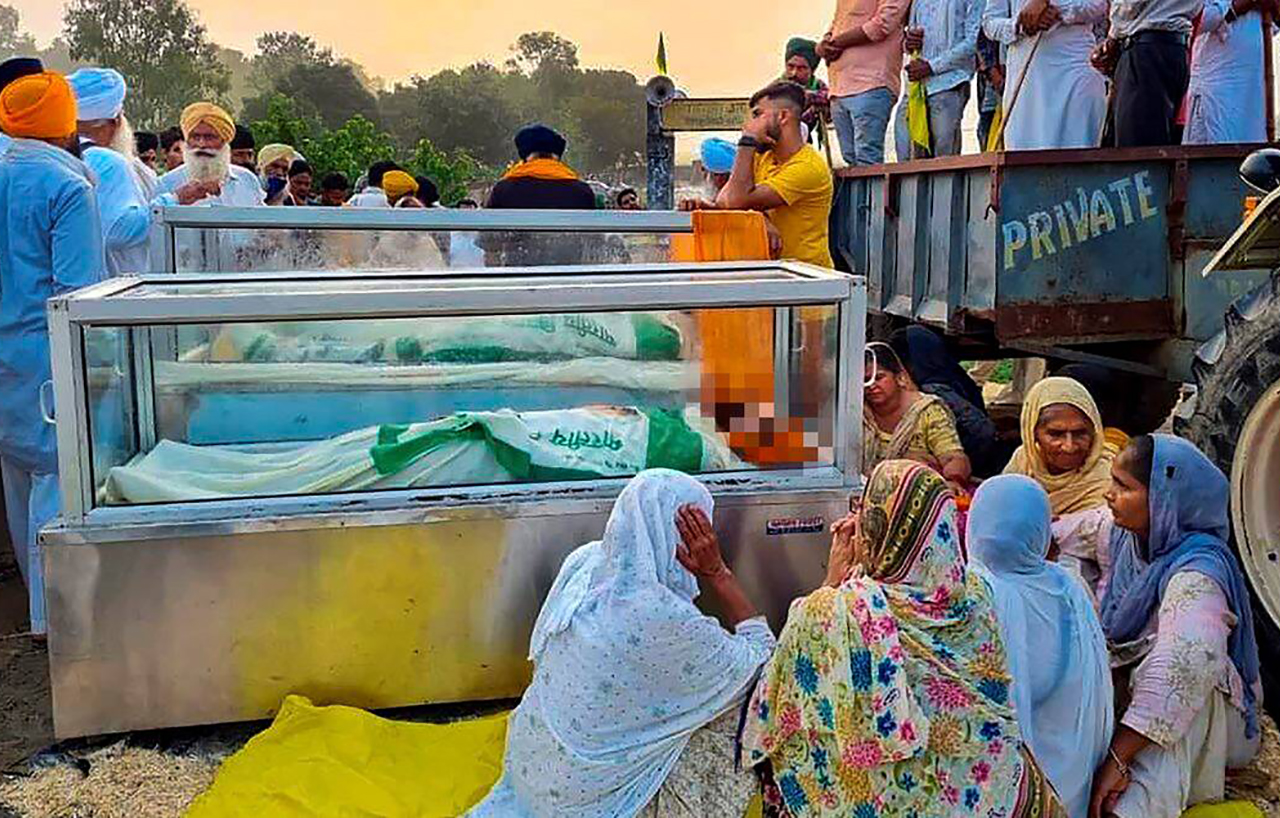 The Supreme Court, today, cancelled the bail of Ashish Mishra, son of Union Minister of State for Home Ajay Mishra Teni and the main accused in the Lakhimpur Kheri incident, in which, on 3 October, 2021, four farmers and a journalist were mowed by his speeding car in broad daylight. The Supreme Court reversed the decision of Allahabad High Court granting bail to Ashish in the middle of Uttar Pradesh state assembly elections and has asked him to surrender within a week.

The witnesses in the case have allegedly been attacked multiple times. The UP police has taken many farmers under its custody, while the culprits are roaming free. Ajay Mishra Teni, the accused farther continue as Union Minister.

The Samyukta Kisan Morcha (SKM), while welcoming the decision of the Supreme Court has again retreated its demand that after this order of the Supreme Court, Ajay Mishra Teni should be immediately sacked from the post of union minister, failing which SKM will launch nationwide protest.

SKM has also demanded that justice should be given to the farmers falsely implicated in the Lakhimpur Kheri case by the UP police and said that eyewitnesses in the case should be given protection. SKM said:

Efforts were on to save the criminals from the very beginning in this heinous murder that took place on October 3, and justice has been achieved only after repeated intervention of the Supreme Court. After this order, there is no justification left for Ajay Mishra Teni to continue in the Union Cabinet.

In a press release, the farmer unions joint platform, added

From the very beginning, the government was determined to protect the minister and his son in any way possible and, constitutional norms and legal process have been flouted time and again in this case:

Samyukta Kisan Morcha said that even today, many farmers injured in this massacre have not received compensation and the attacks on the eyewitnesses of this massacre are still ongoing. Four farmers implicated in this case are still in jail for murder and their bail application has not even been considered. The terror of Minister Ajay Mishra Teni and his family continues even today at the local level.

The Supreme Court’s decision has again made it clear that Ashish Mishra Teni’s continuance in the Union Cabinet is the biggest obstacle in the way of fair investigation and justice. After this order, there is no justification for the mastermind of this heinous murder to continue as the Minister of State for Home. Therefore, Samyukta Kisan Morcha once again demands that Ajay Mishra Teni be sacked from the Union Cabinet. If this does not happen, then in the first week of May, the Samyukta Kisan Morcha will hold a national meeting and announce a national protest program.