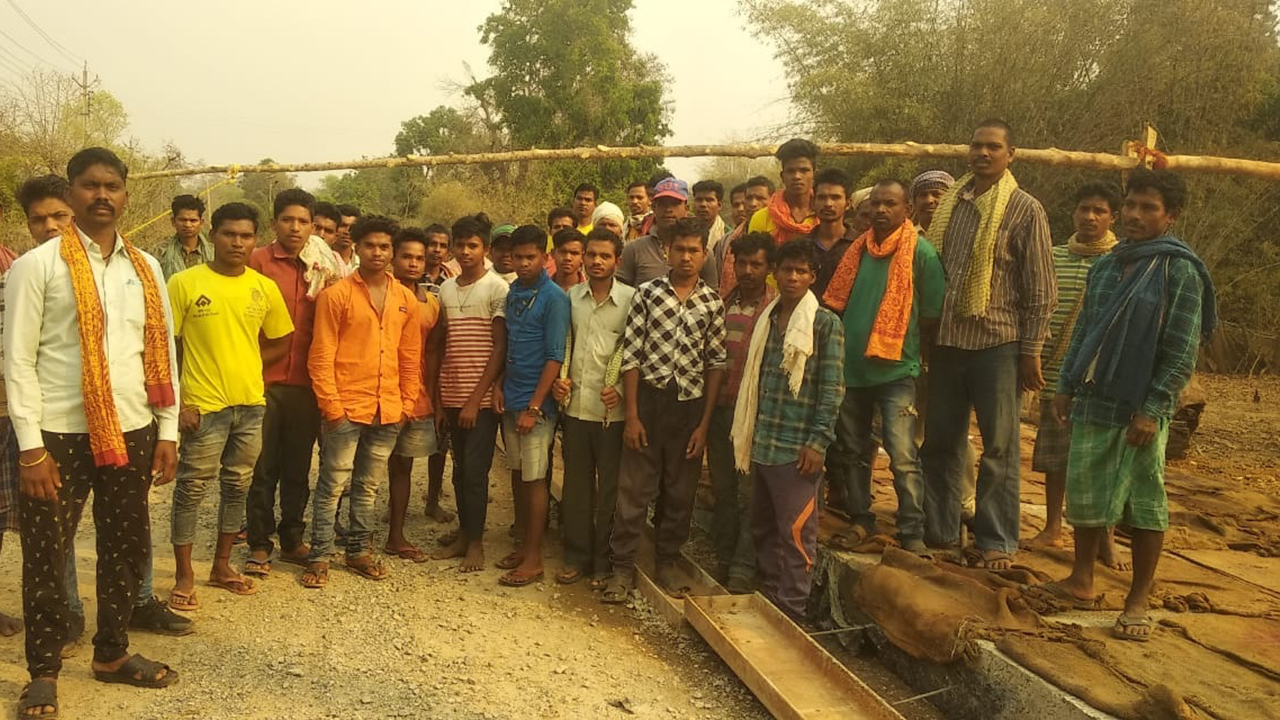 Hundreds of adivasi villagers affected by iron-ore mining are sitting on a dharna after blocking the road to stop ore transportation from Rowghat Mines in Khodgaon village in Narayanpur  district of Chhattisgarh, since last Saturday night. In the words of the villagers : This ore is ours, the company is stealing it, no gram sabha has given consent for mining. They are demanding immediate stop to mining in Rowghat mountains.

Hundreds of adivasis villagers of Khodgaon, Khadkagaon, Binjali, Parlabhat, Khairabhat and other in Chhattisgarh are protesting against iron ore mining in Rowghat mountains. The affected villagers have blocked the road in Khodgaon village in Narayanpur since Saturday night (26.03.2022) and are sitting on a dharna. Bhilai Steel Plant (BSP) received permission from the Environment Ministry on January 25, 2022, to mine 3 lakh tonnes iron ore per annum and transport it through roads. The protesting villagers claim that till date, no Gram Sabha of any affected village has given its consent to this mining project, thereby making the mines illegal.

Earlier, two weeks ago, on 15 March, 2022, when BSP’s contractor Dev Mining Company started iron ore transportation, the villagers got angry and ensured that the Tipper truck drivers emptied out their loads in the middle of the village Khodgaon. At that time, the villagers had declared that this mining was illegal and tried to register an FIR against Dev Mining Company on the charge of theft of ore, and also under the Scheduled Tribes (Prevention of Atrocities) Act, but the police did not register any case.

Villagers allege that again some tipper trucks have clandestinely gone up the Rowghat mountains at night, taking advantage of the darkness. Thus, to stop this illegal mining, the villagers have been practically living on road since Saturday night, cooking there, sleeping there and continuously guarding the road. On the morning of Sunday, the villagers have also constructed a checkpoint on the road. People from many nearby villages have come out in support – Khodgaon, Khadkagaon, Binjali, Parlabhat, Khairabhat and other Rowghat mine affected villages are there at the spot. 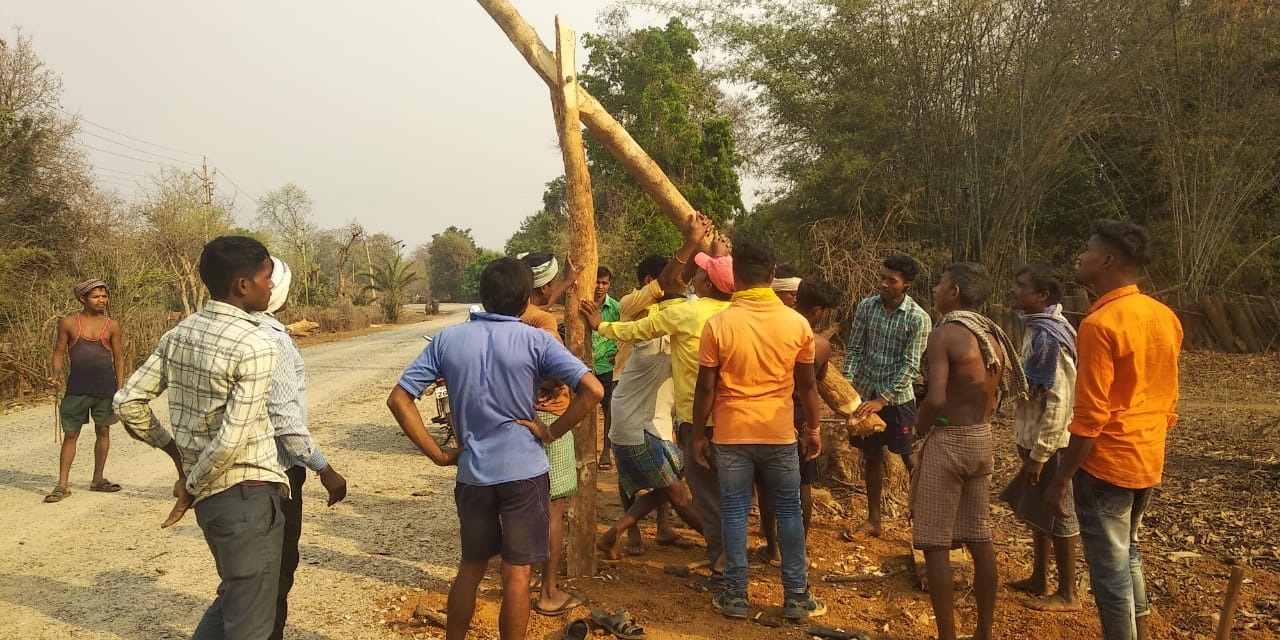 The Environment Clearance granted to the Company on 04.06.2009, trucks are permitted to ply on these roads only during daytime, and any transportation during night is strictly prohibited. So not only is the mining completely illegal, the surreptitious attempts to ferry the trucks at night time directly flies in the face of the environmental clearance.

According to the villagers, BSP officials have been making many false promises for many years, but is not fulfilling any of them. According to tribal traditions, the adivasi deity Raja Rao resides at Rowghat, and it is a holy place for them. Also the people of Rowghat region have faith in several deities located here, which are an important part of their culture such as the gods Gumankal and Gadelkal, who live in the land of the mining lease. Many more such important deities will be insulted by mining, which hurts the religious sentiments of people. Not only this, all the surrounding villages are dependent on these mountains for their minor forest produce, and for medicines.

The villagers inform that there is constant pressure coming from the police and the collector’s office that this dharna should be lifted. On one hand the villagers are being threatened that they will be implicated in Naxalite cases, on the other hand they are being called to the Janpad office and offered bribes that they can get anything they want from the authorities.

All the affected villagers and the agitating people who are blockading the road in Rowghat area demand that the mining project should be closed, the approval for the mines should be canceled and no decision should be taken without the free and informed consent of the Gram Sabha.

Based on a press release by All Rowghat mining affected villagers