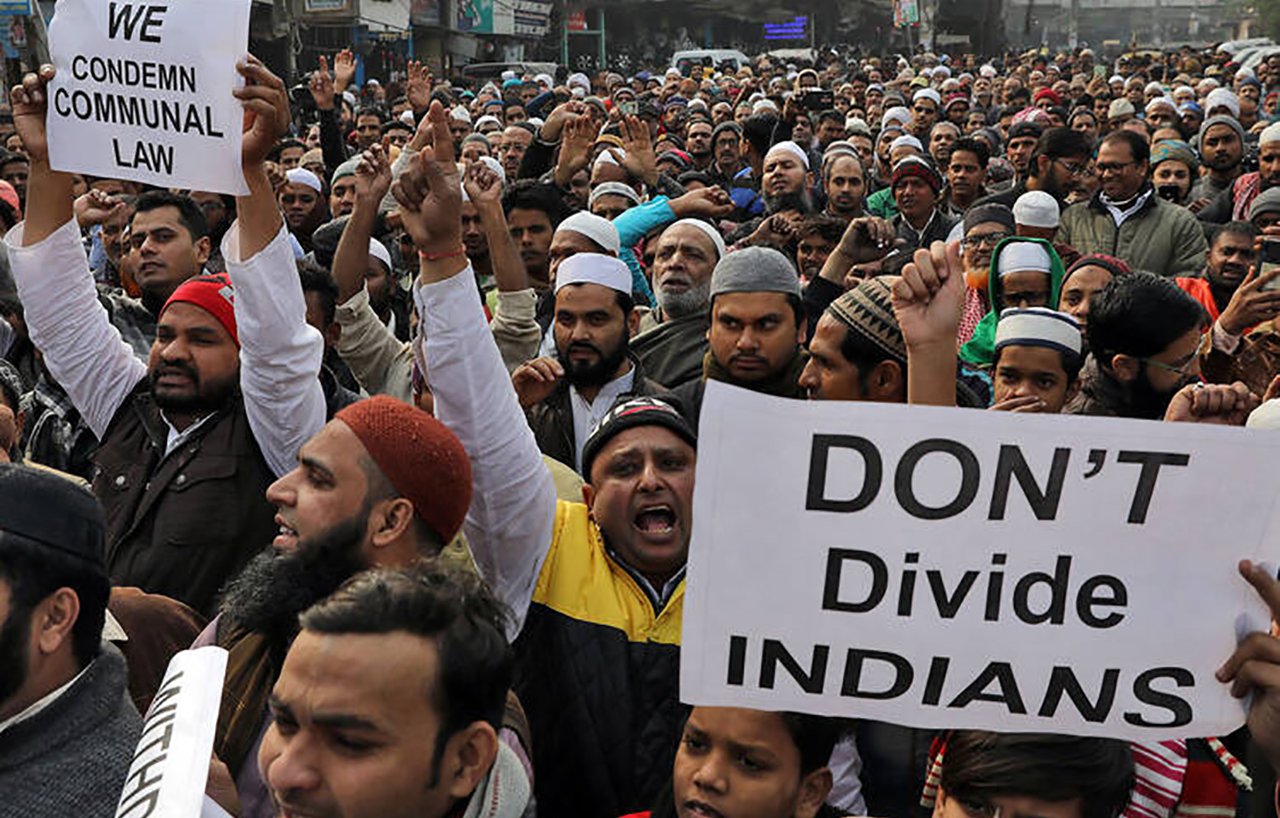 In the Face of Orchestrated Hatred, Silence Is Not an Option

In the wake of alarming developments in India, senior journalists and media persons from all over India, have issued this Collective Appeal to all Constitutional Institutions in India. The names of all signatories are listed at the end of the appeal.

An Appeal to India’s Constitutional Institutions

As journalists and media persons from all over India, we make this Appeal to all Indian institutions to step in and uphold their constitutional mandate in the wake of open calls from various quarters for attacks on India’s religious minorities, especially Muslims.

The concerted amplification of hatred has been growing over the past years and months, as has the attendant advocacy of violence. Sometimes, the occasion is an election, at other times it is a political gathering, a so-called ‘dharam sansad’, or a controversy over clothing. or even the screening of a movie.

These calls for violence – which have been widely reported in the media – have been met with a cold and calculated silence from the country’s top leaders. Months before, we saw systematic hate being propagated against Muslims under the pretext of Covid-19, including calls by legislators for their socio-economic boycott. Disturbingly, the term ‘corona jihad’ was fabricated and amplified by sections of the media establishment.

Calls for violence or the socio-economic boycott of a community clearly do not enjoy the constitutional protection of free speech. And yet, the political executive – both at the level of the Union and in several States – appears unwilling to discharge its constitutional obligation to act. The police either take no cognisance of those inciting anti-minority violence or register cases under disproportionately mild sections, which strengthens the perception that such offenders are above the law.

Against this backdrop, the President of India, the Chief Justices and other Judges of the Supreme Court of India and the various High Courts, the Election Commission of India, and other constitutionally provisioned and statutory bodies are constitutionally obliged to ensure that these calls for violence do not translate into something unimaginably worse. Since sections of the media have also allowed themselves to become conduits for hate speech, the Press Council of India, the News Broadcasters & Digital Association, unions and associations of working journalists, and all media-related bodies need to respond urgently to the crisis at hand.

Since December 2021, well-synchronised calls for the annihilation of Muslims have been made, beginning with a religious meet in Haridwar that month. Muslim women and girls have been systematically targeted in 2021 and 2022 through social media platforms, including the pernicious Bulli Bai App. The ugly controversy over the hijab in Karnataka has resulted in Muslim women in different parts of India being harassed and humiliated.

During the election campaign of February and March 2022, we saw the repeated appeal to divisive hatred and the stigmatising of Muslims and other minorities, with ‘star’ campaigners from the ruling party unashamedly breaking the law to seek votes in the name of religion. The Election Commission of India, which is statutorily bound to ensure that such practices do not corrode the integrity of elections, has not shown the required autonomy and independence from the political executive to act.

Most recently, the screening of ‘The Kashmir Files’ – a film that cynically exploits the suffering and tragedy of the Kashmiri Pandits by using their plight as a pretext for the promotion of hatred against Muslims – has seen orchestrated attempts inside and outside movie halls to incite anti-Muslim sentiment. Attempts have been made from the highest levels of government to stifle fully justified criticism of the film and of the violent reaction it is generating by claiming there is a “conspiracy” afoot to “discredit” it.

When all these events are taken together, it is clear that a dangerous hysteria is being built up countrywide to push the idea that “Hinduism is in danger” and to portray Muslim Indians as a threat to Hindu Indians and to India itself. Only prompt and effective action by our constitutional, statutory, and democratic institutions can challenge, contain, and stop this disturbing trend.

India today stands at a dangerous place, with the founding values of our secular, democratic, and republican Constitution coming under flagrant assault from prejudiced ideas, acts of prejudice, discrimination, and violent incidents, all planned and orchestrated as part of an anti-constitutional political project. That we have seen elected officials and others who have sworn an oath under the Constitution amplifying some of these multiple and connected instances of orchestrated hate through acts of commission and omission, with sections of the media assisting this project, makes the situation even more urgent.

That is why it is both urgent and crucial that India’s constitutional institutions, and especially the President, the higher judiciary, and the Election Commission, discharge their mandate under our Constitution and that the media perform their responsibility to the people of India by asserting their independence and speaking truth to power.

Share this
Tags : Collective Appeal Constitutional Institutions in India Orchestrated Hatred Silence Is Not an Option journalists and media persons