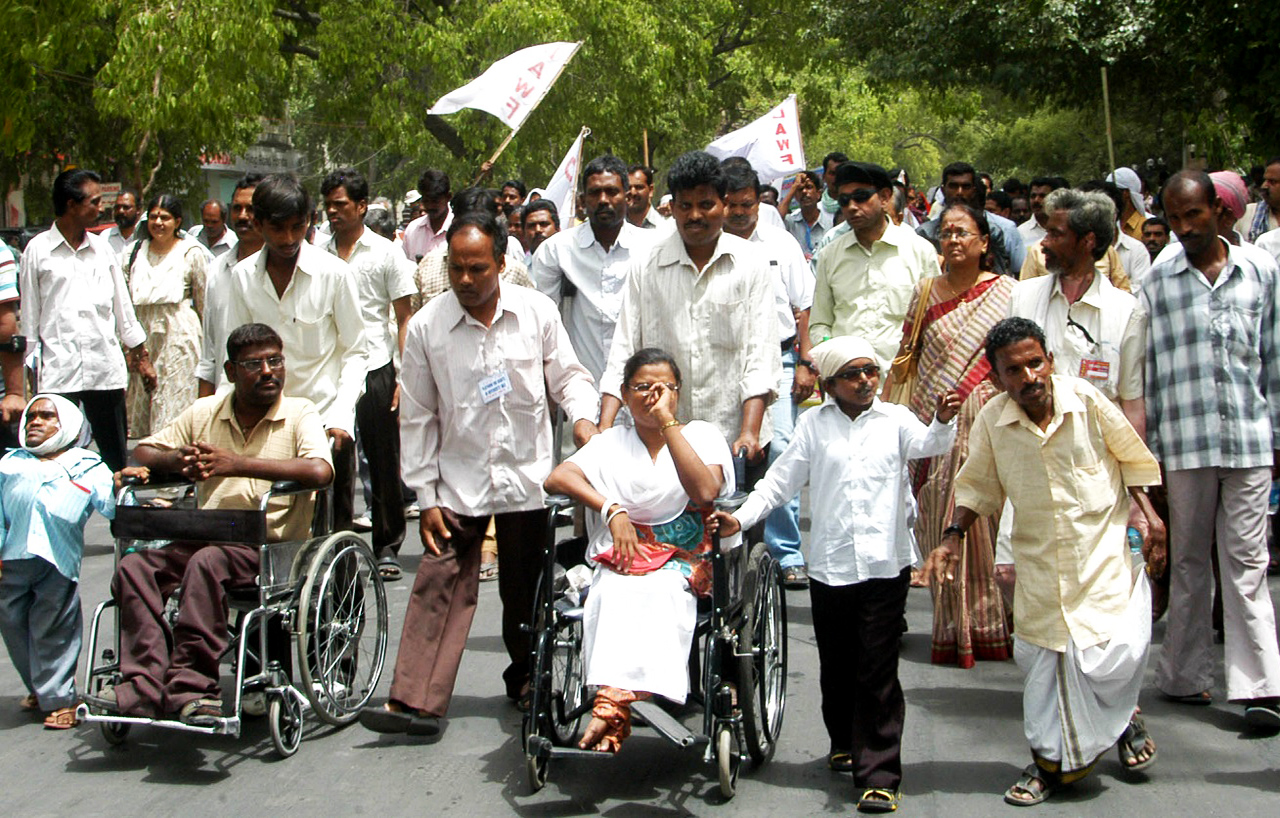 Hundreds of disabled persons were arbitrarily detained while they were proceeding to Chennai from different parts of Tamil Nadu to participate in a demonstration before the state secretariat demanding an enhancement in the amount of disability “pension”. The National Platform for the Rights of the Disabled People (NPRD) has strongly condemned the action of the Tamil Nadu administration and extended solidarity and support to the disabled persons demanding “their right to a dignified life.”

The National Platform for the Rights of the Disabled (NPRD) strongly condemns the arbitrary detention of hundreds of disabled persons while they were proceeding to Chennai from different parts of Tamilnadu to participate in a demonstration before the state secretariat demanding an enhancement in the amount of disability “pension” at the call of the NPRD affiliate, the Tamilnadu Association for the Rights of all types of Differently Abled & Caregivers (TARATDAC).

Reports of police forcibly de-boarding disabled passengers holding valid tickets from trains have come in from more than 30 places including Virudhunagar, Tirupur, Erode, Salem, Thanjavur, Mannaarkudi etc. Many protesters who had arrived this morning by trains at Egmore and Chennai Central stations were  also taken into custody and prevented from getting out of the railway stations.

Nearly 1200 people arrested from Chennai Central have been taken to nearby marriage halls. Around 2000 people arriving by bus at the Koyambedu central bus stand have also been arrested and prevented from going out. More than four thousand people have been detained throughout the state till 9.00 am today. The DMK government seems rattled by the mobilisation of disabled people and is making all efforts to suppress the movement.

Despite various representations, the DMK government sworn in last year, has been obdurate and unwilling to engage high ranking officials to initiate talks with the agitating disabled persons, who are aggrieved that no such announcement has been in the budget proposals. It has failed to even honour the commitment made in its election manifesto of increasing the pension to Rs. 1500/-

The TARATDAC has been demanding that the amount of pension given to disabled persons in the state be raised to at least Rs. 3000/- so that it is on par with that being given in neighbouring Telangana and Andhra Pradesh. It has also been demanding a revamp of the design of the scheme to include more disabled persons under its ambit.

The NPRD stands in solidarity and support with the struggling disabled persons of Tamilnadu who are demanding their right to a dignified life. It calls upon the Government of Tamilnadu to see reason and initiate immediate talks with the TARATDAC and accede their demands instead of taking recourse to a confrontationist path. It demands the immediate release of all those who have been detained in various parts of the state immediately.

National Platform for the Rights of the Disabled (NPRD)