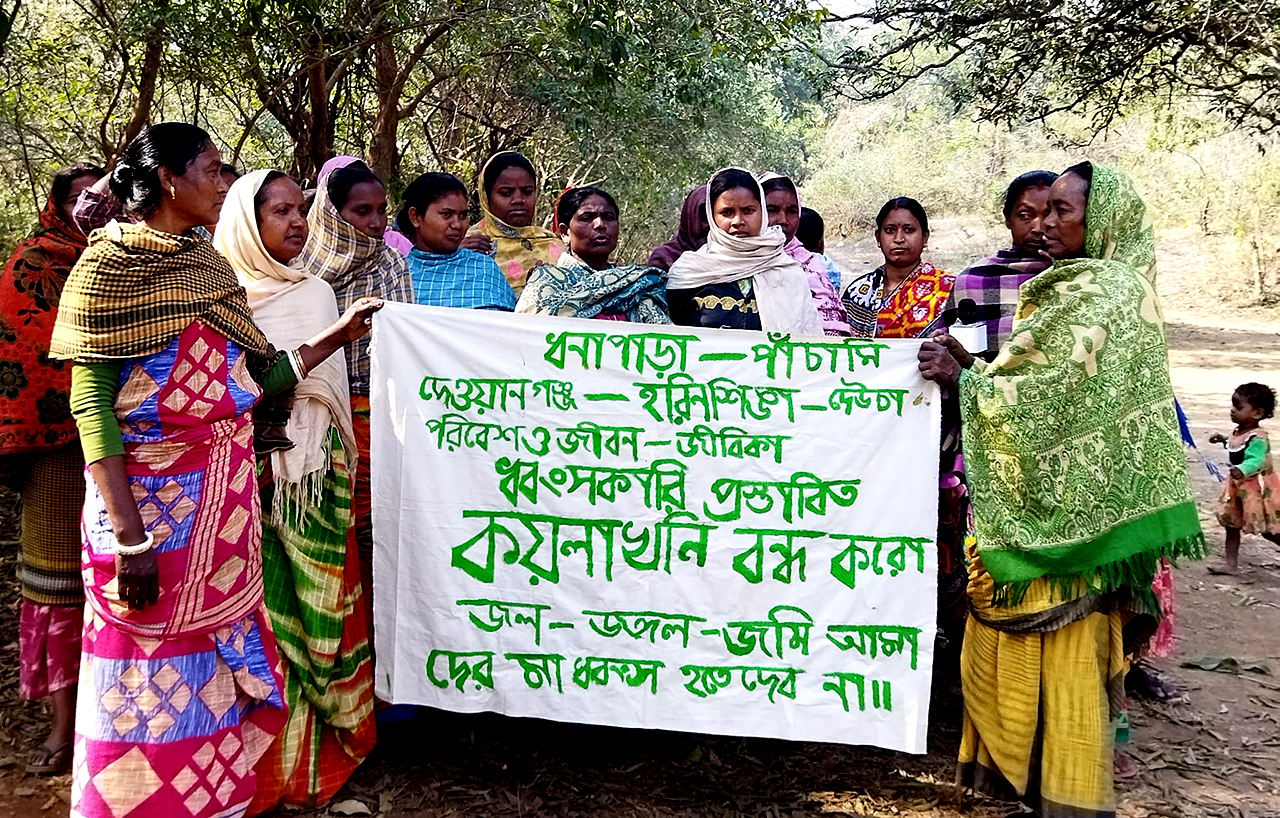 Seven activists from Kolkata and two local adivasi villagers were arrested by the Birbhum police, while returning from a public meeting at Dewanganj football ground demanding cancellation of the Deocha-Pachami coal mine project. A GroundXero report.

On 20 February, 2022, the “Birbhum Zami Jeevan Jibika O Prakriti Bachao Mahasabha” organized a public meeting at Dewanganj football ground demanding cancellation of the Deocha-Pachami coal mine project. Thousands of villagers, especially Adivasi women, from Dewanganj, Harinsingha, Kendrapahari, Habrapahari and almost all the project affected villages participated in the protest meeting and openly declared that they did not want any coal mine. During the meeting, the issue of police terror on adivasi women, in Dewanganj, on 23 December, 2021, came up. The local leaders urged everyone to stand against this disastrous open cast coal mine project. 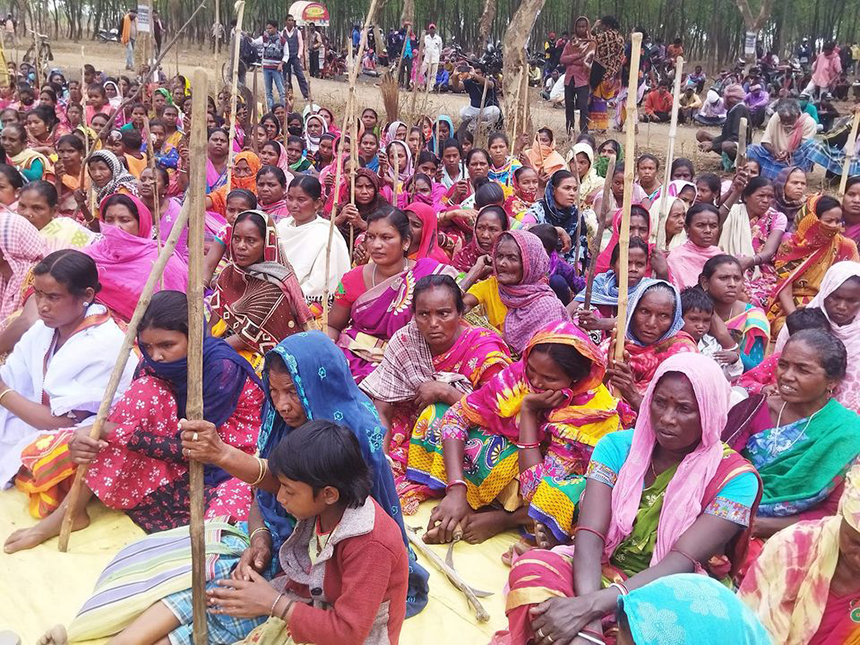 Local TMC leaders tried their best to disrupt the meeting. They went from house to house spreading lies and threatening villagers opposing the mining project. They also tried to demolish the meeting stage at the football ground set up the night before the meeting. The local Police called and threatened the stone-crusher owners to keep the crusher running from noon onwards and not allow workers to attend the meeting. The boatmen of some villages were also threatened. Overcoming all adversities, there was a huge gathering of protesting villagers, and the villagers gave a strong message to the government and the administration.

After the meeting ended, the police and the ruling party cadres attacked the protesters. Some activists from Kolkata, who went there in solidarity, were waylaid by TMC supporters near Mohammad Bazar and harassed for a long time, while returning back from the meeting. Police came and took them to the police station and detained them overnight.

On the other hand, a group led by TMC leader Sunil Soren attacked the returning villagers. But a large number of adivasi women surrounded the TMC leader and his two lieutenants. Sunil Soren had led the attack on women in Dewanganj on December 23.  Also, an adivasi  woman has lost her unborn child after being brutally beaten by the police. As a result, the women were especially angry with him. Only after receiving a written apology from Sunil, the women released him and handed him over to the police.

At dawn a huge police force entered the village. Police raided the houses of the organizers of the meeting. Villagers said eight people were picked up by police. In the name of all these villagers, the activists from Kolkata detained at the police station and many others, the police have filed cases under various non-bailable sections.

The nine people detained by the police from near Mohammad Bazar yesterday were produced in Siuri court today on February 21. Among them, six activists from Kolkata have been sent to jail custody and two adivasi villagers from have been remanded to police custody till February 24. The arrested villagers are Mohan Mardi and Kalicharan Baske. Political activist and economist Prosenjit Bose is among those arrested along with the other activists.

Undeterred by attacks and police arrests, the villagers have gathered in huge numbers even today. They organized a huge rally against the police attack last night. They are determined to carry on the struggle to save land, livelihood and nature. They are determined to oppose the open casting coal mining project at Deocha-Pachami.