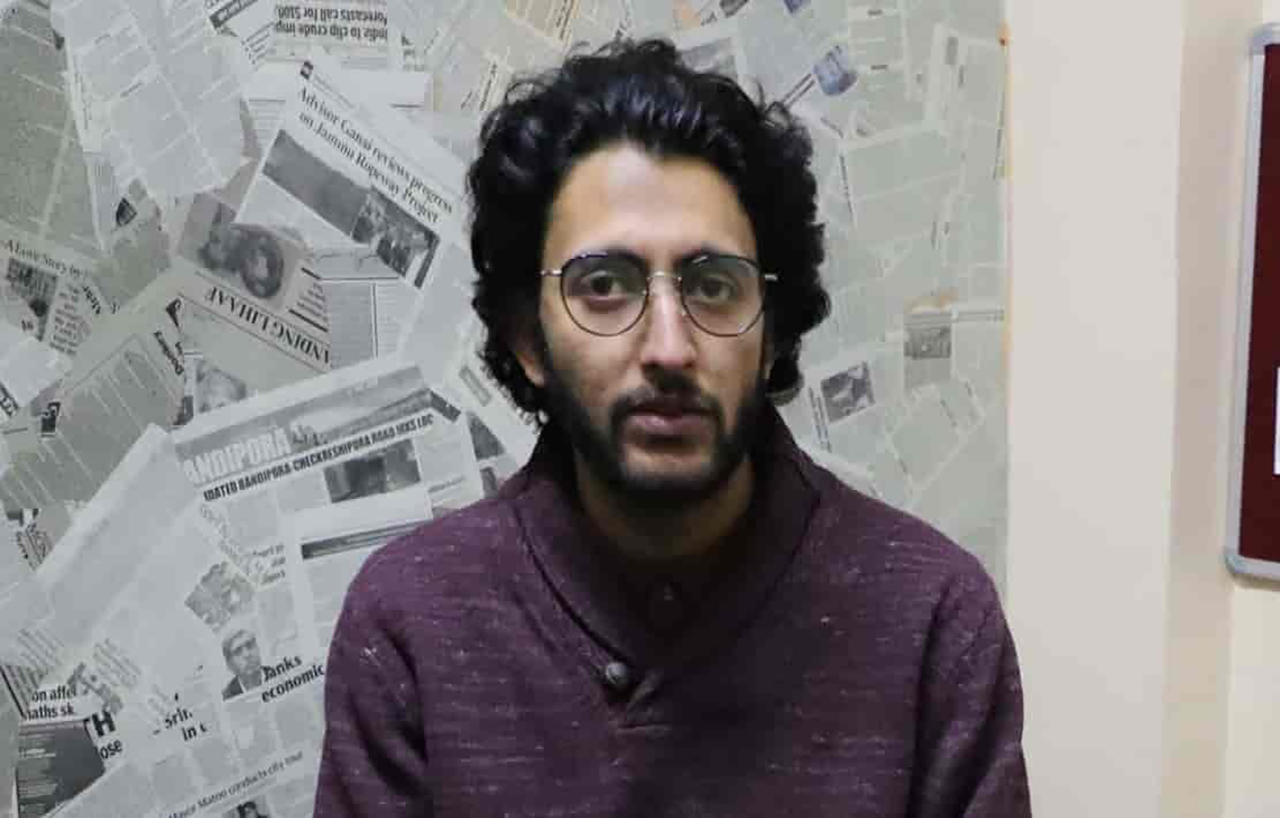 Over 50 press freedom organisations, human rights organisations and publications wrote to Jammu and Kashmir Lieutenant Governor Manoj Sinha on Monday, urging his intervention to release Kashmiri journalist Fahad Shah.  The joint letter  urged J&K L-G to arrange the immediate release of  Fahad Shah and other detained Kashmiri journalists. The letter pointed out that since the abrogation of Jammu and Kashmir’s political autonomy in August 2019, press freedom and rights groups have documented numerous incidents  of detentions and threats to journalists in the region. In view of this, the release of Fahad Shah and other arbitrarily detained journalists is a critical step to prevent further criminalization of the profession in Jammu and Kashmir.

In Kashmir journalists are under shadow of gun, harassment and intimidation. The arrest of Fahad Shah, editor of Kashmir Walla, on 4 February, under UAPA for posting ‘anti-national content’ on social media raises a debate about the fate of journalism in times of conflict. Shah was arrested as he had uploaded Inayat Ahmad Mir’s family’s protest over the police’s claim that Mir was a “hybrid  terrorist”—an unlisted and camouflaged militant—in the encounter that had happened in his house in Naira Pulwama on January 30, 2022.

The joint letter by 58 organisations comes less than a week after the Editors Guild of India condemned the arrest of Shah saying that “the space for media freedom has progressively eroded in Kashmir”. Last year, in April 2021, the Editors Guild had expressed “shock and concern” about police action against Kashmiri journalists in the wake of the arrest of Masrat Zahra and Peerzada Ashiq. Following Shah’s arrest, PUDR havealso  appealed to the political opposition to argue for the repeal of undemocratic laws like UAPA and to ensure that a democratic polity does not become a police property.

Read the complete letter below:

We, the undersigned 58 press freedom organizations, human rights organizations, and publications write to request your urgent intervention to secure the immediate release of Fahad Shah, editor of the online news portal The Kashmir Walla, from jail, and the withdrawal of all police investigations launched into his journalistic work.

On February 4, authorities arrested Shah at the Pulwama police station, where he had been summoned earlier that day for questioning. The first information report states that Shah is being investigated for alleged sedition and making statements causing public mischief, and unlawful activities under the anti-terror Unlawful Activities (Prevention) Act. Prior to his arrest, police had questioned Shah regarding The Kashmir Walla’s coverage of a gunfight between government forces and militants.

Shah is well known to many in South Asia and around the world as a journalist of high integrity. His writing for The Nation magazine was recognized at the 2021 Human Rights Press Awards. His reporting on events in Jammu and Kashmir is a public service, not a crime, and should be protected under Indian law.

We also urge you to arrange the immediate release of other detained Kashmiri journalists– Sajad Gul, Aasif Sultan, and Manan Gular Dar – all of whom, like Shah, have been jailed under anti-terror or preventative detention laws in apparent retaliation for their work.

Since the abrogation of Jammu and Kashmir’s political autonomy in August 2019, press freedom and rights groups have documented numerous incidents of detentions and threats to journalists in the region. In view of this, the release of Fahad Shah and other arbitrarily detained journalists is a critical step to prevent further criminalization of the profession in Jammu and Kashmir.

We urge you to ensure that authorities drop their retaliatory investigations into all four journalists, withdraw any unwarranted charges brought against them, and allow Kashmiri members of the press to work freely without facing detention, harassment, and other forms of government reprisal.

Alliance for a Secular and Democratic South Asia

Committee Against Assault on Journalists (CAAJ)

Dart Center for Journalism and Trauma

Forum Against Oppression of Women, Mumbai

Justice for All, Canada

Justice for All, USA

People Against Apartheid and Fascism (PAAF)