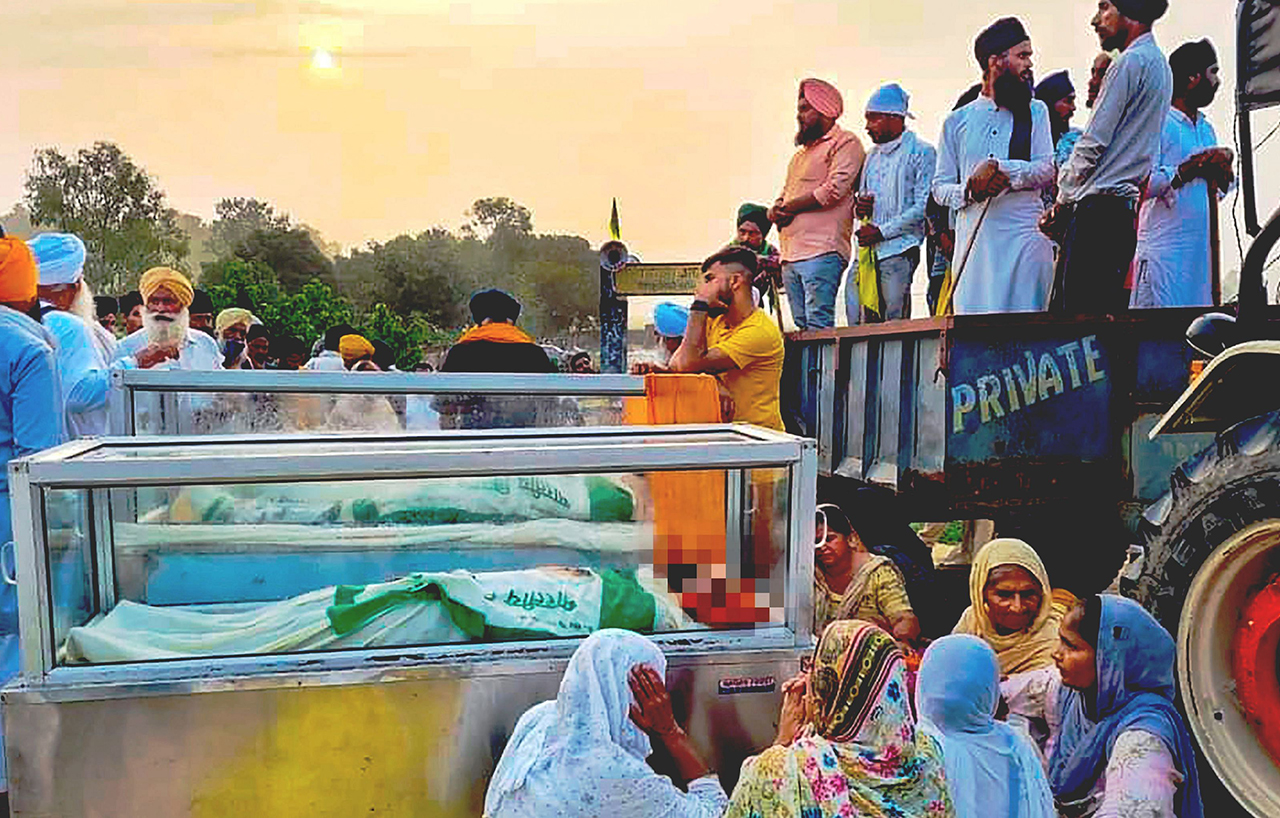 The Samyukta Kisan Morcha (SKM) reacting to the Allahabad High Court’s order granting bail to Ashis Mishra in the Lakhimpur Kheri massacre of farmers said that the order blurs the hope of any fair investigation and justice being delivered in the heinous crime by a Union Minister’s son. A GroundXero report.

The Allahabad High Court has granted bail to Ashish Mishra alias Monu, son of Union Minister of State for Home Ajay Mishra, in the Lakhimpur Kheri killing in which four farmers were killed after a convoy of cars belonging to the minister’s family ran over protesting farmers in October 2021. The farmers were returning after a peaceful protest against the visit of Uttar Pradesh Deputy Chief Minister to Lakhimpur Kheri district, when a convoy of cars led by the union minister’s son ran over them, killing four farmers — Lovepreet Singh (20), Nachattar Singh (60), Daljeet Singh (35) and Gurvinder Singh (19) on the spot. A local journalist present during the attack also succumbed to his injuries. After this, angry farmers retaliated by vandalising and setting fire to the vehicles of the convoy leading to the death of three persons.

The Samyukta Kisan Morcha (SKM) in a press release called the order of Allahabad High Court granting bail to the chief accused in the Lakhimpur Kheri murder case as unfortunate and surprising, and said:

The brutal case of four farmers and a journalist being crushed to death in broad daylight by the son of a Union Minister was a trial for the rule of law across the country. In such a case, despite clear evidence, the murder accused getting bail so soon, and that too on the first day of elections in Uttar Pradesh, is a matter of surprise.

Since the massacre on October 3, 2021, the Uttar Pradesh police and administration have been constantly trying to protect Ajay Mishra Teni and his son. From the very beginning, the police have been negligent in investigating this case and apprehending the accused, and have tried to dilute the case.

SKM has been continuously demanding the sacking of the Union Minister so that he couldn’t use his position and power to influence the investigation and protect his son. According to the FIR lodged in the case, his son, Ashish Mishra, was in one of the cars that mowed the farmers.

The investigation in the case started properly only after the intervention of the Supreme Court. The special Investigating Team (SIT) constituted to probe the incident, in its report to the Chief Judicial Magistrate of Kheri district has described the killing of the four farmers and a journalist as a “pre-planned conspiracy”. The report stated that the incident didn’t happen because of “negligence” and “callousness”, rather it was intentionally carried out through a planned conspiracy to kill people.

Earlier, forensic examination of the firearms seized from Ashis Mishra has revealed that gun shots were fired from the seized weapons on the day of the incident. It corroborated the farmer’s allegation that Ashish fled from the scene on that day, firing from his pistol.

It is surprising that the court speculated that the driver must have driven the vehicle over the crowd in panic. This is similar to the BJP’s allegation following the incident. The Court also made unwarranted comments on the farmers’ agitation without any context. It is indeed disapponting and raises several eyebrows that bail was granted so soon to a murder accused, and that too, amidst the ongoing assembly elections in the state, without considering the real possibility of the politically powerful accused — son of a union minister — influencing the witnesses and tampering with evidences.

SKM said that this order blurs the hope of fair investigation and justice in this heinous murder case. SKM, considering this matter as a question of the honour of farmers across the country, said it is committed to obtain justice for the martyred. The Morcha demands that the government should immediately file an appeal against this decision of the High Court.

The securing of bail and release of the Brahmin Minister’s son, just on the day of the 1st round of polling in the state, is meant to send signals and somewhat assuage the hurt feelings of the powerful and the socially influential Bhramin community in the state, who are increasingly feeling restless under Yogi’s rule. The SKM on its part has appealed to the court of the people of Uttar Pradesh to punish the BJP, which is bent on saving the killers of the innocent farmers, by casting vote against the party in the assembly elections in the state.

Today’s development also raises serious doubt about the union government’s intention of honoring the commitments it made to the farmer unions, based on which the farmers had agreed to suspend their year-long agitation on the borders of Delhi.