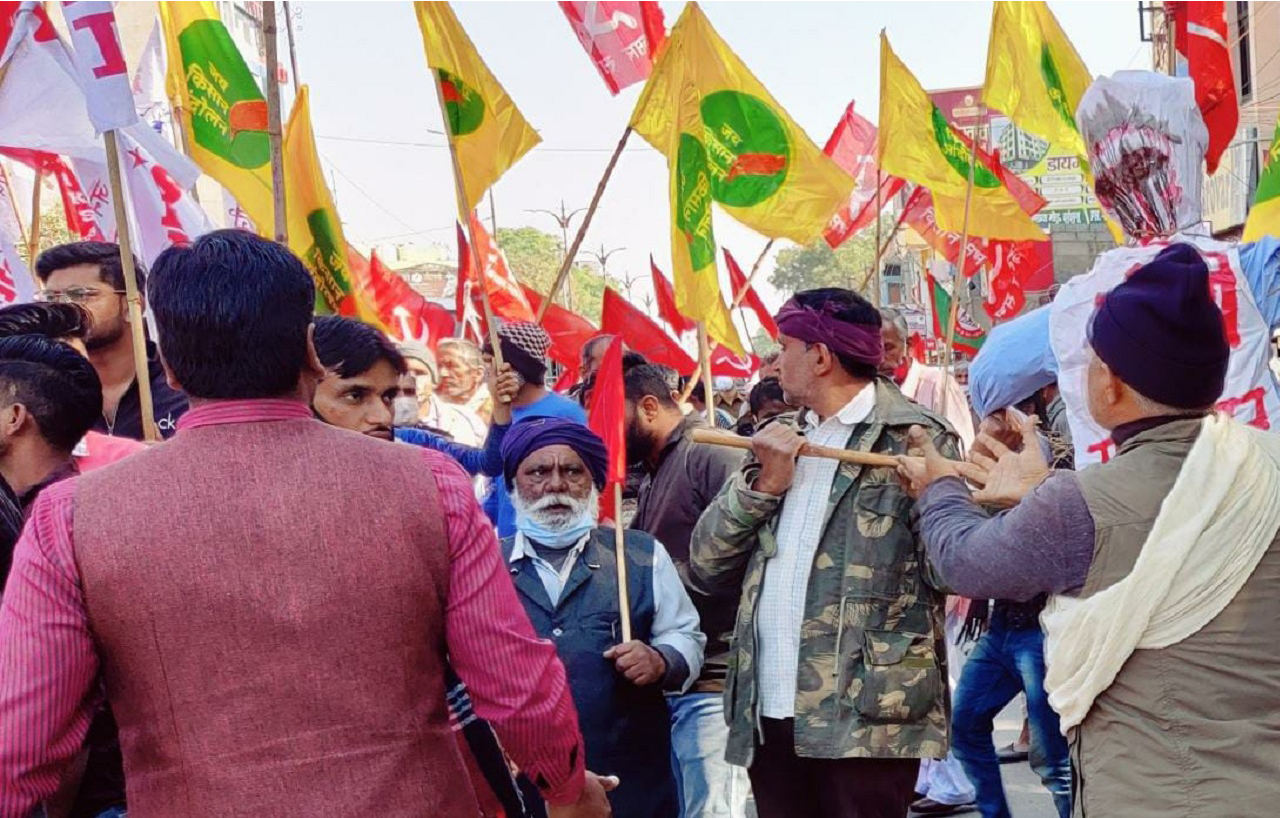 Farmers to resume agitation, if Government continues to renege on the promises

31st January 2022 : The Samyukta Kisan Morcha in a press press bulletin declared that the farmers will be left with no option but to resume their agitation, if Government of India continues to renege on the promises made to protesting farmers in December 2021. 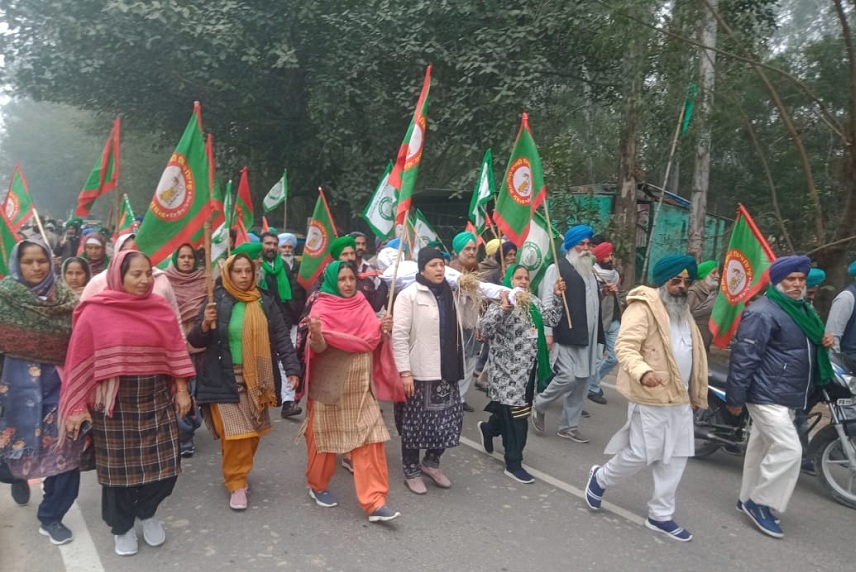 Today, following the call of SKM, tens of thousands of farmers across the country observed the “Day of Betrayal”. Protest demonstrations, rallies, effigy burning were held in hundreds of districts and blocks across India, and memoranda were submitted in the name of the President of India through the District Collectors, SDMs and ADMs.

The Government of India’s reneging of the promises made to the farmers of the historic Kisan Andolan of 2020-21 was marked as “betrayal day” with demonstrations, marches, and effigy burning in Punjab, Haryana, Uttar Pradesh, Bihar, West Bengal, Maharashtra, Karnataka, Madhya Pradesh, Andhra Pradesh, Himachal Pradesh, Telangana, Odisha, Tamil Nadu, Rajasthan, Gujarat, Tripura among other states*.

The SKM pointed out to the fact that not even one of the written assurances made by the Government of India has been fulfilled till date. The SKM warned the BJP government against challenging the farmers patience, and declared that if the promises are not fulfilled at the earliest, the farmers would be left with no option but to resume the agitation. 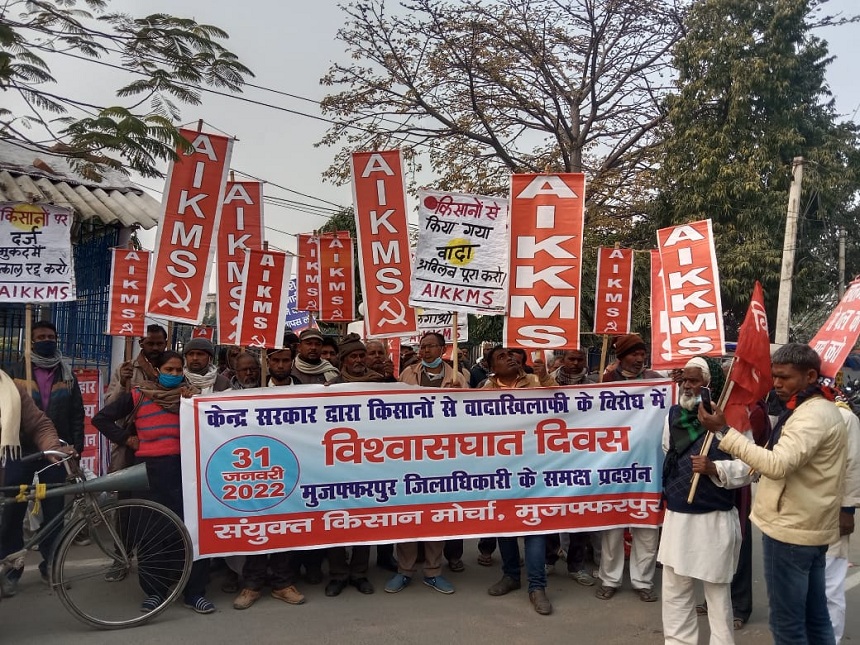 Meanwhile, the SKM  will continue “Mission Uttar Pradesh” and campaign across the state asking people to punish and defeat BJP in the assembly elections. It fully endorses and supports the call of nationwide strike by the trade unions and stands in solidarity with the workers and laborers across India, and will conduct a rural strike on 28th and 29th March (the revised dates of nationwide strike).