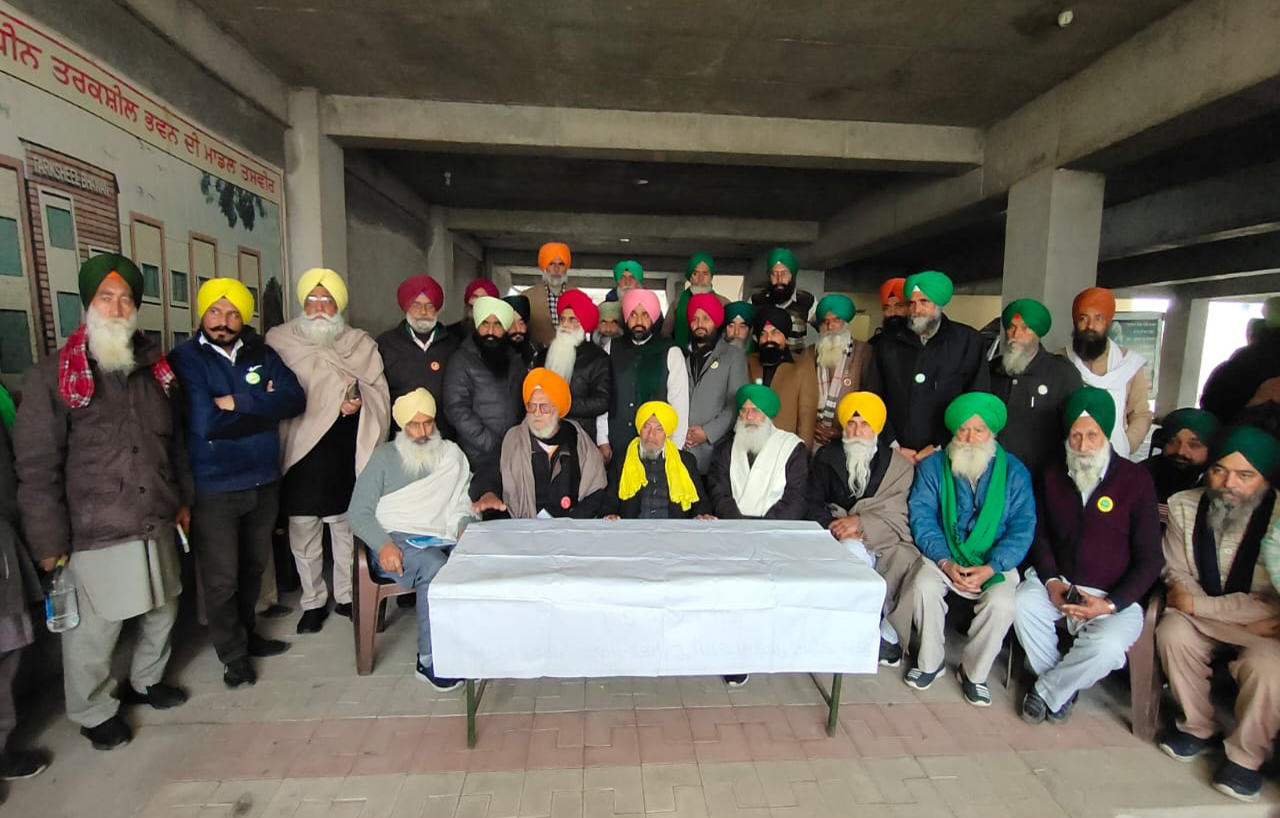 Punjab SKM to mark ‘Betrayal Day’ on Jan 31 and warns to launch ‘No Vote To BJP’ campaign in UP and Uttarakhand, says Centre did not fulfill its promises to the farmers’ movement.

January 22 : Farm unions under Punjab SKM met today and briefed about the next action to observe Vishwasghat Diwas (‘Betrayal Day’) on 31 January, saying the Centre did not fulfill its promises. The Unions also warned to intensify Mission UP and Uttarakhand and launch ‘No Vote To BJP’ campaign in the two states, if  the Union government doesn’t work on pending demands of  the Farmers’ Movement.

Today’s meeting took place at Barnala (Punjab), and was presided by Joginder Singh Ugrahan, Gurmeet Singh Mahima and Hardev Singh Sandhu. The SKM (Punjab) said, ” The government has given a written promise to SKM during the agitation that all cases registered against the farmers during the agitation will be withdrawn and the martyred farmers would be compensated. A committee will be formed on MSP. But no promise has been fulfilled by the government”.  The unions also stated that the Union Minister for Home Affairs Ajay Mishra Teni, responsible for the Lakhimpur Kheri massacre, has still not been sacked and arrested.

“Due to all these developments, the farmers will celebrate the day of betrayal against the central government on 31st January in which protests will be held in district headquarters and tehsils all over the country,” Punjab SKM said in a press note.

Share this
Tags : No Vote to BJP SKM Punjab 'Betrayal Day' UP Elections