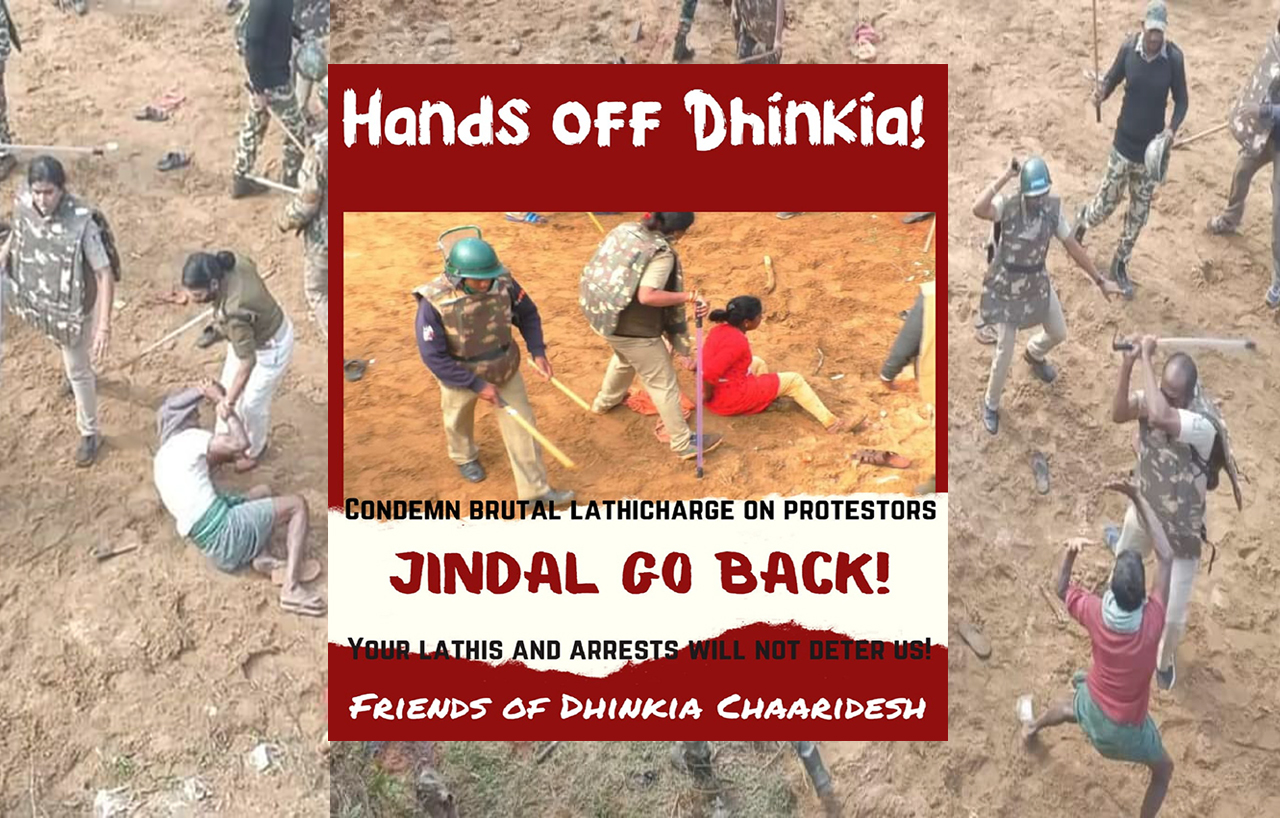 HANDS OFF PEASANT LAND! HANDS OFF DHINKIA CHAARIDESH! NO PASARAN!

Several Human Right organisations, student organisations, farmers’ organisations, social, political and feminist activists from all over the country have issued a statement strongly condemning the brutal police violence and terror unleashed on the villagers of Dhinkia in Jagatsinghpur district of Odisha on January 14.  The villagers of the entire region have been agitating against forcible land acquisition by the Odisha government for Jindal Steel Work Utkal Limited.

The signatories to the statement urge the Odisha Government to immediately withdraw all police force from the area, withdraw all pending criminal cases on the people from the movement against POSCO until now in the case of JSW, release all those protesters who are in judicial custody and handover the land acquired for the POSCO project back to the people from whom it was acquired in the first place.

The statement along with the name of organisations and activists are given below:

We the undersigned strongly condemn the brutal police violence by Odisha Police that continued for hours on the villagers of Dhinkia in Jagatsinghpur district on January 14.  The villagers of the entire region have been carrying out a protest against land acquisition by the district administration for Jindal Steel Work Utkal Limited.

The complicity of the state government to acquire land for JSW through all means is clear as it continues to ignore appeals made by a wide section of people and progressive organizations.

Indeed, the silence of the Chief Minister makes it clear how complicit the state government is in using terror, violence and intimidation on behalf of corporations.  The situation in Dhinkia Chaaridesh has revealed yet again the iron hand of authoritarian power to push back the gains made by the people’s struggle. Organizations and supporters of the people’s movement are also targeted.  All this amounts to a systemic denial of villagers’ absolute right to protect their land, livelihood and lives.

It is well known how the people of Dhinkia Chaaridesh fought several years from 2005 to 2017 and emerged victorious in stopping the South Korean steel conglomerate POSCO.  But the state is once again usurping hundreds of acres of fertile agricultural land and pauperizing betel cultivators, labourers and fisher folk. In addition to having kept the acquired land for POSCO in the Land Bank, the government is helping JSW with more land. The company is yet to get environment clearance. Last but not the least, a steel plant, captive jetty and cement factory that the JSW project entails will play havoc on the fragile coastline of Odisha with its increasing frequency of cyclones and receding land. The Odisha government needs to wake up to the destruction caused by mining of minerals and steel production that compounds ecological havoc.

We urge the Odisha Government to: