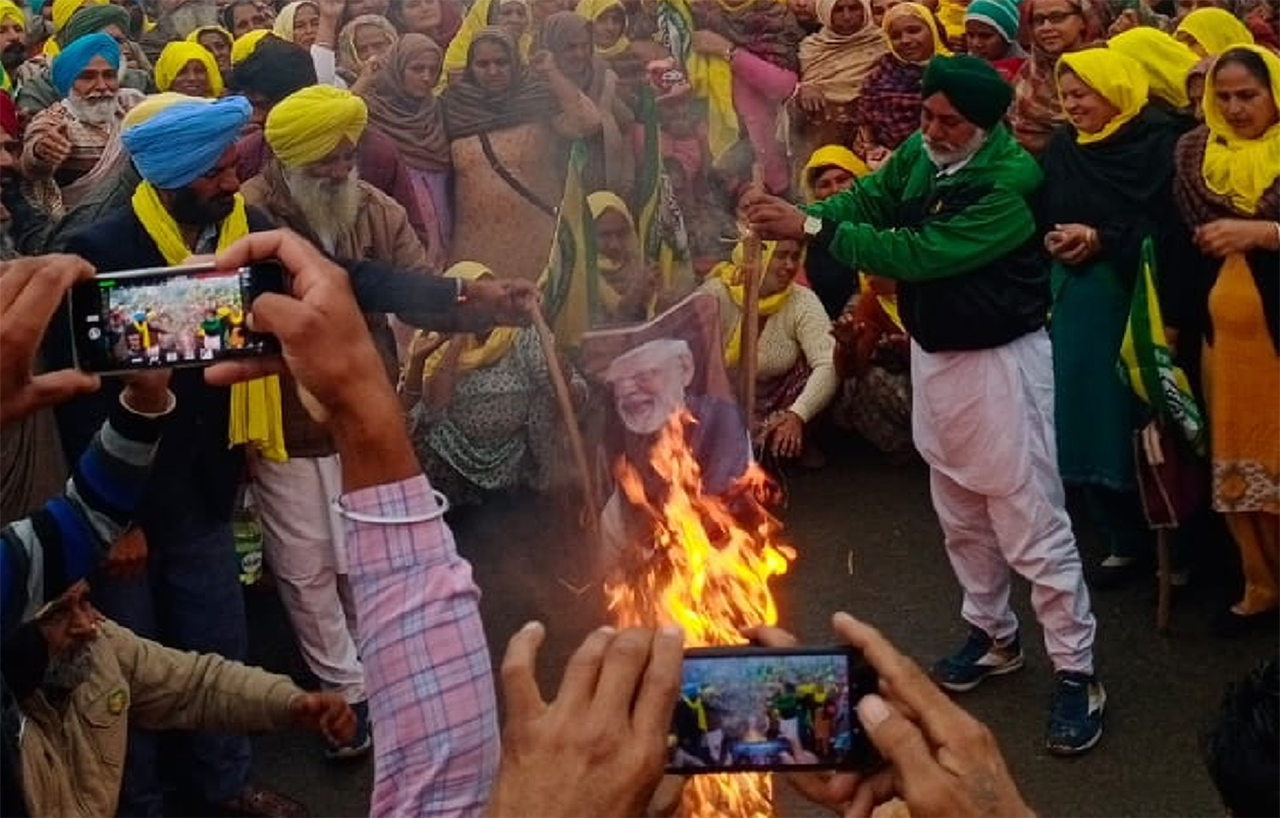 Empty chairs at venue and thousands blocking roads outside, force PM Modi to cancel rally at Ferozepur in Punjab

Prime Minister Narendra Modi was scheduled to visit to Punjab and address a public rally at Ferozepur on  5 January,Wednesday. He was supposed to lay the foundation stone of multiple development projects worth over Rs 42,750 crore in the state. However, the event had to be canceled, because of empty chairs at the rally ground and thousands of farmers blocking all roads leading to Ferozepur, protesting against his visit. 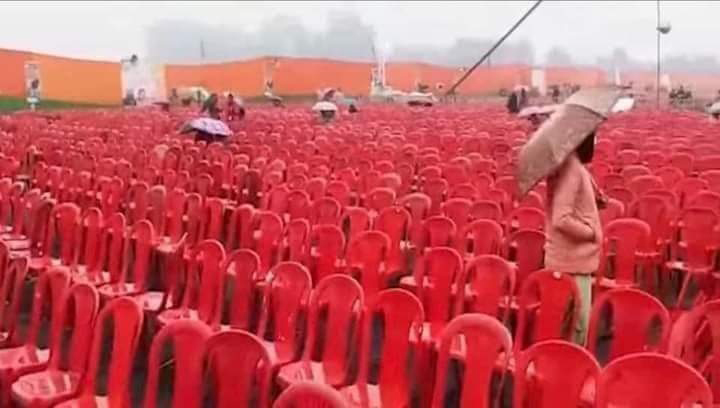 Empty chairs at the rally ground in Ferozepur

The Prime Minister’s visit to Punjab was after nearly two years and the state BJP went all out to ensure a huge crowd for the rally. The rally was significant in the aftermath of success of the year-long farmers’ movement against the Modi government’s enactment of the three farm laws. The visit of Modi and the announcement of mega-projects were planned to placate the Punjabis, particularly the farmers and the urban Sikh voters, who have summarily rejected the BJP. If the dramatic announcement by Modi to repeal the hated farm laws on Guruparb, the birth anniversary of Guru Nanak Dev on November 9, 2021, consciously chosen, was to say that he finally want peace with the farmers, this visit with the announcement of a slew of projects, was meant to lure the angry and hostile Punjabis with dreams of Delhi sponsored ‘development’. It was aimed to repair the ground for his party to launch its election campaign in the state.

Hours before his Punjab visit, the Prime Minister tweeted that he was looking forward to “being among my sisters and brothers of Punjab today”. “At a programme in Ferozepur, foundation stones for development works worth Rs 42,750 crore will be laid, which will improve the quality of life for the people,” Modi said in the tweet.

But the farmer unions, fresh with memories of humiliation, ridicules, slandering, vilification, violence and hardships, they faced from his government and his party, while camping for a year on the borders of Delhi, have been opposing the visit. While Modi has stooped in the face of their resistance, the people of Punjab had to pay a very heavy price for that — over 700 persons were martyred in the course of the movement — before Modi announced the repeal of the laws. Many crucial demands of the farmers are still unresolved. 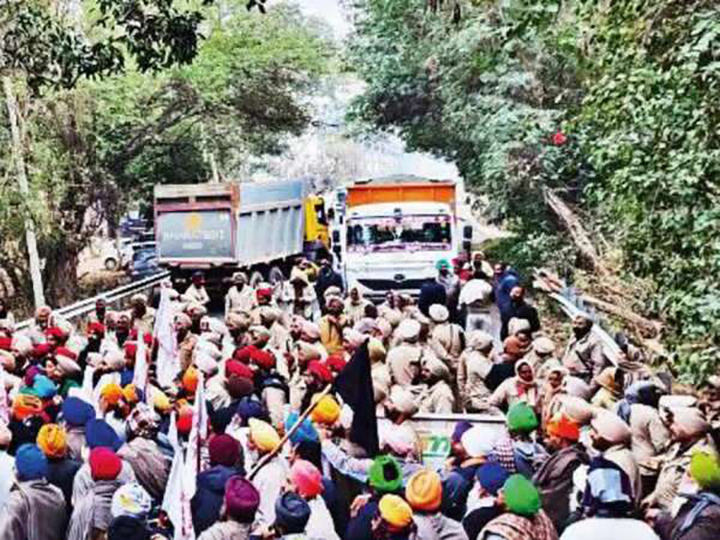 Eight farmer unions, who were part of the movement, on Friday, decided to oppose Prime Minister Narendra Modi’s Punjab visit. Senior leaders of the Krantikari Kisan Union, Azad Kisan Committee Doaba, Jai Kisan Andolan, BKU (Sidhupur), Kisan Sangharsh Committee Kotbudha, Lok Bhalai Welfare Society, BKU Krantikari, Dasuha Ganna Committee and others, held a meeting in Barnala and announced protests to be held in villages and district headquarters across the state opposing his visit. “Farmers will burn effigies of the PM in villages on January 2 and protests will be held at tehsil and district-level from 12pm to 2pm on January 5,” a press statement by the farmer unions said. 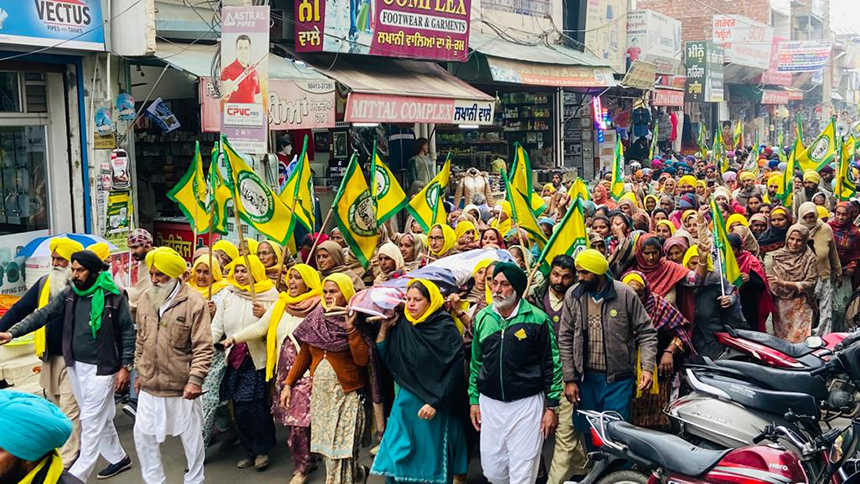 The BKU Ekta Ugrahan group has also decided to oppose Modi’s visit and took a leading role in organizing the protests against Modi’s visit to the state. Volunteers of BKU hold demonstrations in 16 districts and 17 cities of Punjab. Sukhdev Singh Kokri Kalan, General Secretary, BKU Ekta Ugrahan, through a press statement issued here today, stated that during his visit to Punjab, Narendra Modi is going to hold out false promises, and make fake declarations. Whereas the fact of the matter is that on the burning issues like MSP, Public Distribution System, fuel oil prices, selling of public establishments, release of the human rights activists and such other issues of public interest connected with life and liberty of the masses, this Modi Government is siding with the Indian corporate and foreign imperialist multi-national corporations, and as such, it is determined to serve only their interests. In today’s protest, apart from effigy-burning demonstrations, road blockades (with people raising slogans like Corporate Servant Modi Go Back ) were held, and pamphlets were distributed in lakhs among the protesters and the general public. 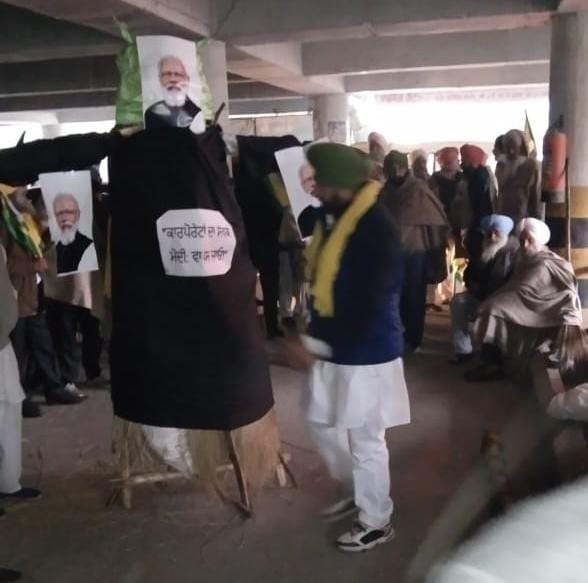 Modi landed at Bathinda’s Bhaisiana Airforce station; due to bad weather he was to reach the city of Ferozepur by road. But the agitated farmers had blocked all roads leading to Ferozepur. The PM’s convoy was even stranded for 20 minutes on the road, with the farmers blocking its way. At Ferozepur, the rally ground was more or less empty. In the face of such stiff and spirited resistance, Modi was forced to cancel his rally and return back to Delhi. 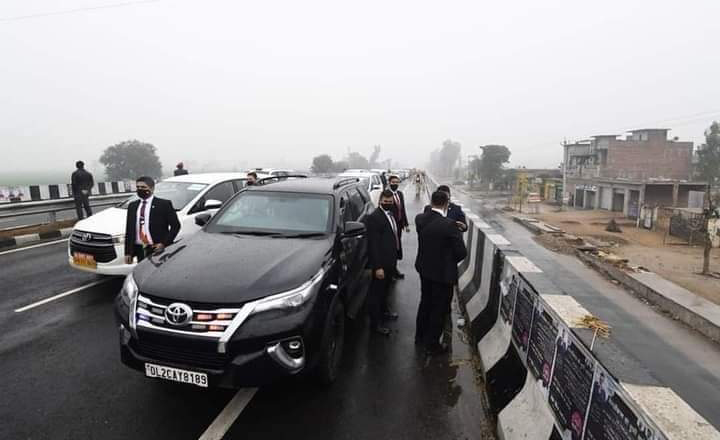 This memorable event has been termed by the farmers’ organizations as another victory and achievement of the people’s struggle. People of Punjab have given a befitting reply by ignoring the Prime Minister. Instead they have held his government responsible for taking the lives of more than 700 farmers and farm labourers, and treating Punjabis as his enemies. The masses of Punjab have refused to barter their honour, dignity, pride, memories of the 700 martyrs and resistance to his anti-people policies and politics, for his alms thrown in at them in the form of ‘development’ projects.