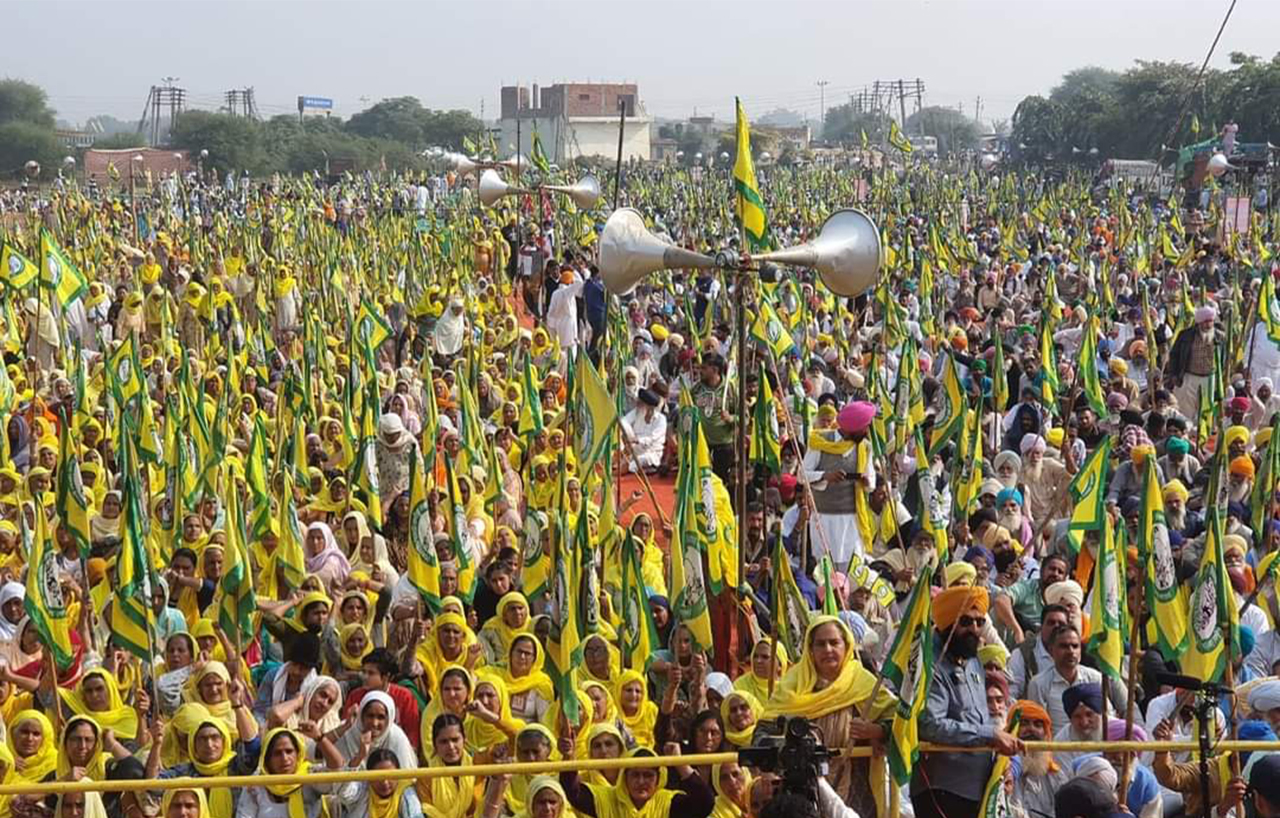 Cracks have appeared in the Samyukta Kisan Morcha (SKM), an umbrella body of more than 400 farmers’ union across the country, that successfully lead the farmers’ movement against the Narendra Modi led BJP government, after 22 Punjab based farmers’ unions (all members of the SKM) floated a new political party, the Sanyukta Samaj Morcha (SSM), and announced to contest the upcoming assembly elections in Punjab. Balbir Singh Rajewal, one of the leading farmers’ union leaders, is the face of this new political front.

This announcement has created a lot of confusion and is counter to the common understanding with which the SKM came into existence. The SKM has deliberately kept political parties away from the Kisan Morcha and have opposed this call to fight elections. In a statement it has clarified that SKM will not contest the Punjab Assembly elections, and has declared that no person or organization should use the name of SKM or 32 organizations’ joint forum in Punjab for elections. The forthcoming national meeting of SKM scheduled for January 15 will take a final decision on whether farmers organizations and leaders who take part in elections can remain within the SKM.

Meanwhile, leaders of several big farmers organizations from Punjab have taken a clear stand against contesting in the assembly elections. These organizations have announced to continue the mass struggle to achieve the pending demands of the farmers.

Kirti Kisan Union and Bharti Kisan Union (Ekta Ugrahan), two of the largest farmers’ unions in Punjab, have categorically announced that they will not participate in the assembly elections.

In a press release on 30 December, Kirti Kisan Union announced that it will not field candidates in the upcoming Vidhan Sabha elections nor will it become a part of the Sanyukt Samaj Morcha. It has appealed to the SSM leaders to rethink their decision of fighting elections.

KKU leaders said that along with alternative farming models, implementation of Land Ceiling Act to distribute land with small and marginal farmers, unemployment and drug addiction are the main issues in Punjab today. They emphasized that Punjab needs industries especially agro based industries and demanded foreign capital must be seized and nationalized. KKU leaders said that due to the policy of privatization, people are being denied basic amenities like health, education, electricity, water etc. The policy of privatization must be abolished and private institutions must be taken under government control. Women must be given equal rights in every field including property rights to ensure equality. They said that the existing economic model is resulting in polluting the environment and instead of blaming farmers, we need to take strict action against the culprits. Leaders emphasized on the need to expand and implement Public Distribution System and also control inflation and illegal hoarding.

Kirti Kisan Union leaders said that a mass movement will be organized highlighting these issues. People must be ready to struggle on these issues. As no political party has not come forward with a road map to address these issues, people must refrain from voting or press the NOTA button. They said that leaders will try to maintain the formation of Samyukt Kisan Morcha (SKM) and any attempt to maling farm leaders will not be tolerated.

Earlier, Bharti Kisan Union ( BKU  EKTA UGRAHAN ) had also issued  a clarion call to continue the struggle on the burning issues of the farmers. It stated that struggling farmer unions instead of getting entangled in the vote bank politics of the rulers should concentrate on the farmers’ issues.  State President Joginder Singh Ugrahan and the General Secretary Sukhdev Singh Kokri Kala of the organization said that the farmers’ struggle against the farm laws has also proved that the rights and interests of farmers cannot be saved and ensured by sitting in the Parliament or Assemblies rather the same can be achieved only by struggle in the open at mass and community level. They pointed out that still only three farm laws have been repealed whereas the major issues like the MSP and total loan waiver are pending and are yet to be resolved . For the solution of these problems farmers should always rely upon the mass struggles. There are many big challenges before the kisan movement and kisan leaders should concentrate their all energies on the broad basing and strengthening their struggles to face and resolve these challenges.

The BKU  EKTA UGRAHAN leaders stated that the stand of their organization is very clear that they neither shall participate in elections nor shall support any party. They have not issued any call for boycott of elections either. They stated, “We consider the present electoral politics as a derailing and misleading activity for the people and therefore calls shall be issued to maintain their unity. Besides this along with the issues of farmers, the issues of toiling masses and the basic issues shall be made a focus. And for the resolution of these issues calls shall be issued to the masses to rely upon the struggles.”

They also clarified that they shall always make efforts to keep and maintain the farmers’ Unity. They said that the position and stand of the nationwide Sanyukta Kisan Morcha (SKM) that emerged in the struggle against farm laws, is that SKM shall not participate in elections in any manner whatsoever. Therefore the decision of the farmers organizations to participate in elections is the decision of  those organizations individually and it has nothing to do with the SKM.

Kisan leaders informed that for the implementation of the demands conceded by Punjab Government and  for getting accepted other burning issues like loan waiver, the organization is holding  day and night pakka morchas (permanent sittings) in front of the DC or SDM offices in 15 districts of the state .