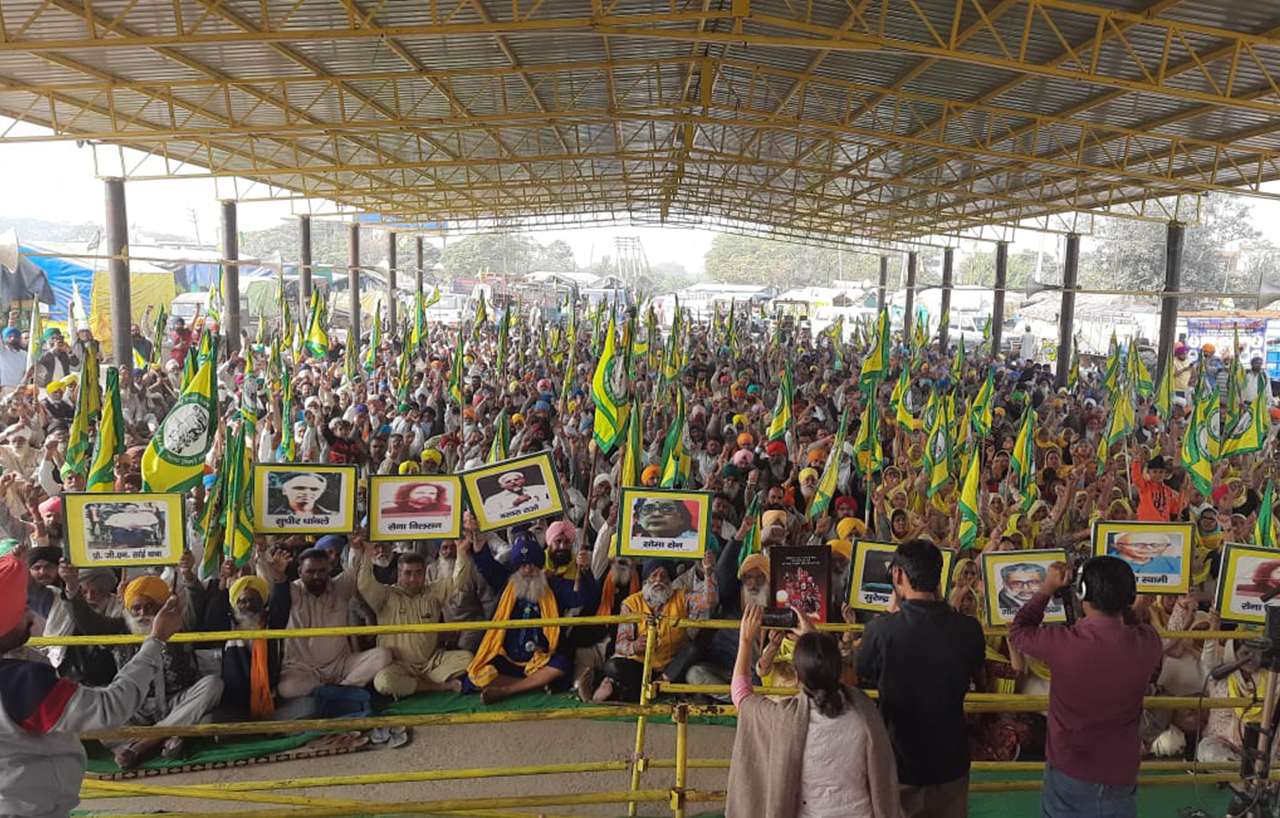 10 December, 2021, Delhi :  Amidst the victory celebrations of the Farmers Struggle BKU (Ekta Ugrahan) observed the Human Rights Day at the Delhi Morcha (Tikri border). Thousands of farmers expressed solidarity with the countryside struggle for the protection of Democratic Rights and demanded the release of Intellectuals and activists of Democratic Rights movement, lodged in the prisons across the country. The demand for the repeal of the draconian ‘black’ laws that trample democratic rights of people, was also raised forcefully. The farm leaders thanked the intellectuals and activists of Democratic Rights movement, for the role played by them in the victory of the farmers’ struggle. 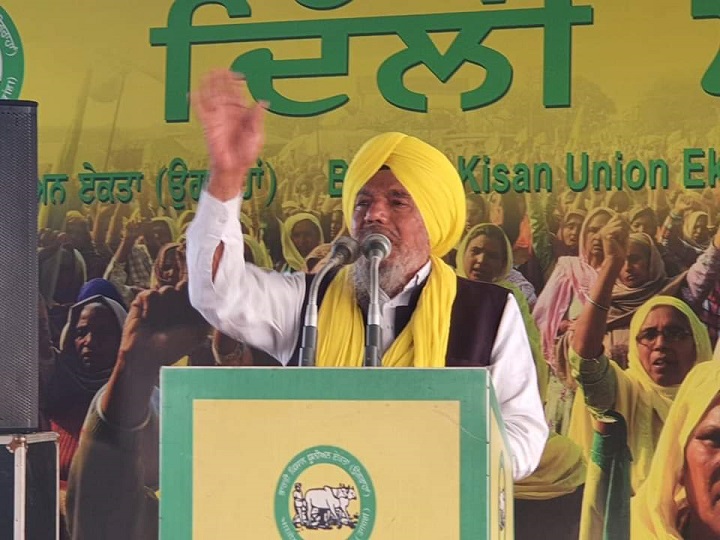 While addressing the mammoth gathering at Pakaura Chowk at Tikri Border, Joginder Singh Ugrahan State President BKU (Ekta Ugrahan), said that the Modi Government is indulging in curbing the rightful voices raised by the people throughout the Country by way of organizing the communal movements and imposing the draconian laws. By imposing laws like UAPA and sedition charges against the Intellectuals and the activists of Democratic Rights, they have been huddled into the prisons. These are the people who have used their Pen , Art and the Intellect, for the benefit of the people at large and have always raised their voice against draconian laws and exploitative policies and have openly stood for the rights of the people. He said that the voice of the people is silenced by imposing laws like AFSPA ( Armed Forces Special Powers Act). The massacre in Nagaland recently is the result of the vast draconian powers given to the armed forces by way of such laws. He demanded that the arrested Intellectuals and the activists of Democratic Rights be released forthwith and the draconian laws like UAPA , AFSPA and Sedition Act be repealed immediately. 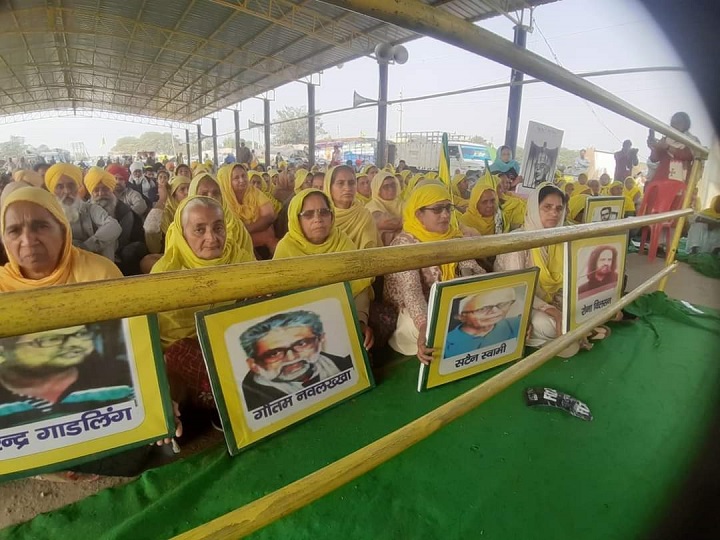 On this occasion, Dr. Navsharan, activist of democratic rights, expressed solidarity with the farmers’ struggle and explained the significance of the Human Rights Day. She thanked the farmers struggle forces for raising the voice in favor of the release of  the activists of Democratic Rights. Showering revolutionary greetings on the success of the Farmers struggle, she also gave a clarion call for the strengthening the unity of the democratic rights movement and that of the struggling farmers and workers movement.

Sahiba Hussain, writer and co-activist of the imprisoned  democratic rights activist Gautam Navlakha, shared with the people the message of Guatam Navlakha sent from the jail. She said that Shri Navlakha has sent revolutionary greetings to the struggling farmers and has expressed that he can feel his relationship with them day in and day out. Sh. Jigesh, General Secretary of the Journalist Union, Delhi, also congratulated the farmers for their glorious victory and he focused on the role of the cooperation and unity of pro-people journalism and the peoples’ struggles. At the occasion many other activists of democratic rights movement were also present and participated enthusiastically in the celebration.