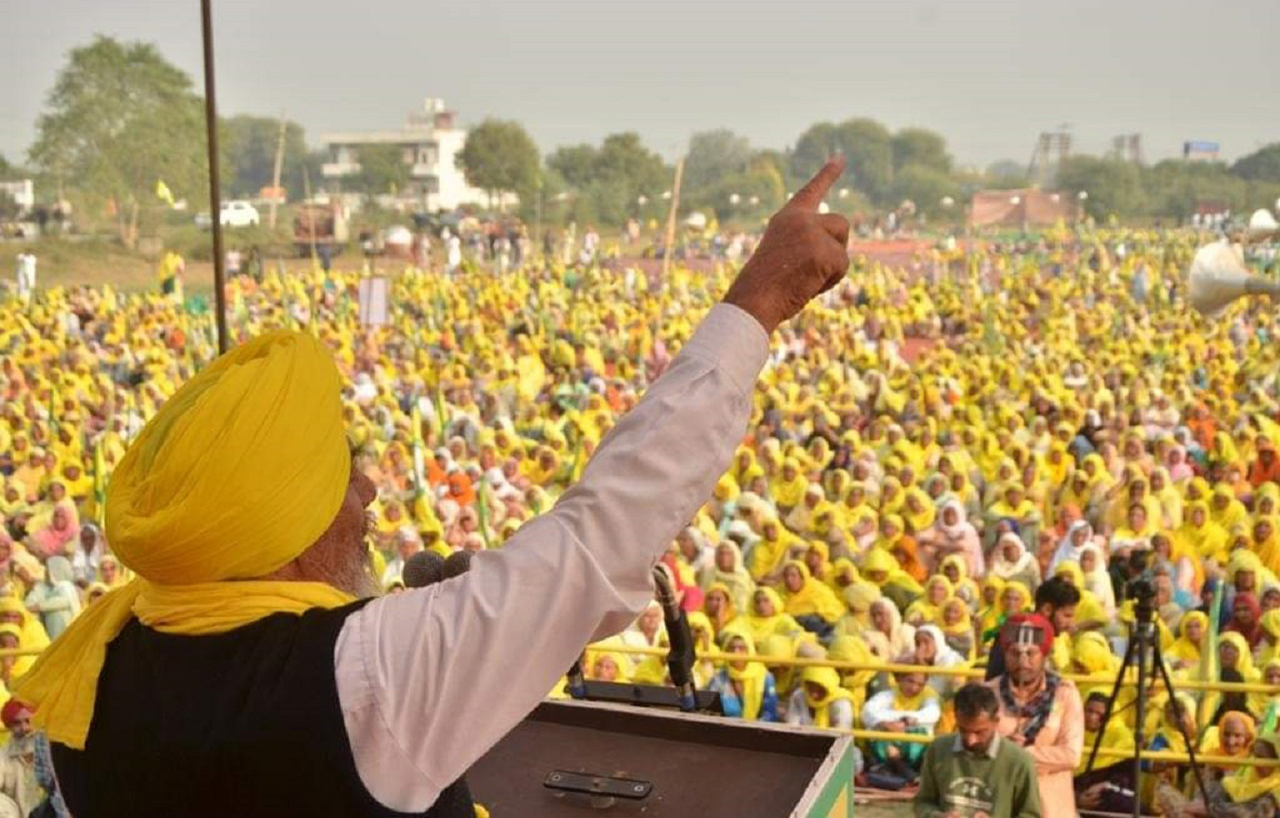 A year of Delhi Morcha: Huge Rally by BKU (EktaUgrahan) at Tikri Border

Farmers’ struggle to continue for remaining demands in victorious spirit. Farmers will continue to occupy the protest sites. The unity achieved through this struggle needs to be strengthened further so that a cross country movement can be built to achieve pro-peasant solution of the agrarian crisis, said Joginder Singh Ugrahan, while addressing a huge rally at Tikri Border.

BKU (EktaUgrahan) marked the annual anniversary of Delhi Morcha at Pakaura Chowk, New Delhi with a huge historic public rally. After the announcement of repeal of farm laws by the Prime Minister, participants from Punjab, Haryana and sections of society supporting the agitation celebrated the victory and resolved to continue the struggle for the remaining demands. Men and women activists participated in the rally in very large numbers.

The rally started with a tribute to more than 700 martyrs who sacrificed their lives during the struggle. Leaders of BKU (EktaUgrahan) saluted the martyrs memorial temporarily built at the rally ground. While addressing the rally Joginder Singh Ugrahan, president of BKU (EktaUgrahan) declared that getting the farm laws repealed is a historic victory which has been made possible by the unity of farmers & farm labourers from across the country and global solidarity. He reminded that demands like procurement of agriculture produce of all crops at remunerative MSP and universal PDS are still unfulfilled. The government is maintaining silence on these demands. He said that decision about the future course of the agitation will be taken after formal repeal of laws by the Parliament and acceptance of other demands. He stated that farmers will continue to occupy the protest sites. He appealed that unity achieved through this struggle needs to be strengthened further so that a cross country movement be built to achieve pro-peasant solution of the agrarian crisis.

Sukhdev Singh Kokri, General Secretary of the organisation stated that demand like procurement on MSP and PDS are unaddressed as the Indian state is committed to implement policies of WTO. The farm laws were part of these policies, so the real solution lies in India getting out WTO agreements. He added that BKU (EktaUgrahan) will protest against WTO’s meeting from November 29 to December 3 in Geneva, demanding  that India should come out of it. Effigies of WTO will be burnt at protest sites in Delhi and Punjab.

Jhanda Singh Jethuke, senior Vice President and Shingara Singh Mann stated that this struggle has manifested the value of unity to get heard. They warned that if farmers became less vigilant about opportunist political parties then upcoming elections may prove to be an assault on the unity. In this situation the organisation appeals to the masses that they should keep the unity intact and raise the basic issues in the coming days which will be the parameters to test political parties and politicians make fake promises. Masses should not expect anything from the elections but depend on their own unity and struggles. 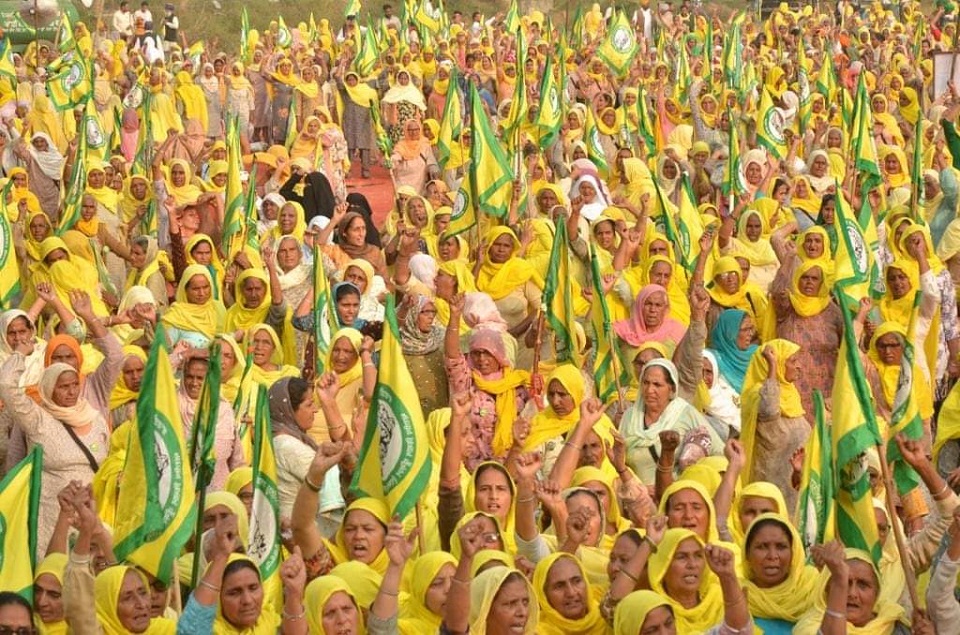 A year of Delhi Morcha: Huge Rally by BKU (EktaUgrahan) at Tikri Border

Harinder Kaur Bindu, leader of woman wing of the organisation hailed the exemplary role played by the women. She stated that women played leading and equal role in the protest against farm laws. She asserted that this role will be expanded in the future struggles. She called women to take more responsibility in the struggles.

Lachman Singh Sevewala, General Secretary of Punjab Khet Mazdoor Union reminded that farm workers have played an important role in the agitation and the unity among farmers and farm workers has become stronger.

Amolak Singh state president of PLS Manch said that writers and artists of Punjab have played their supportive role in this agitation as always.Their unity with struggling people has been strengthened.