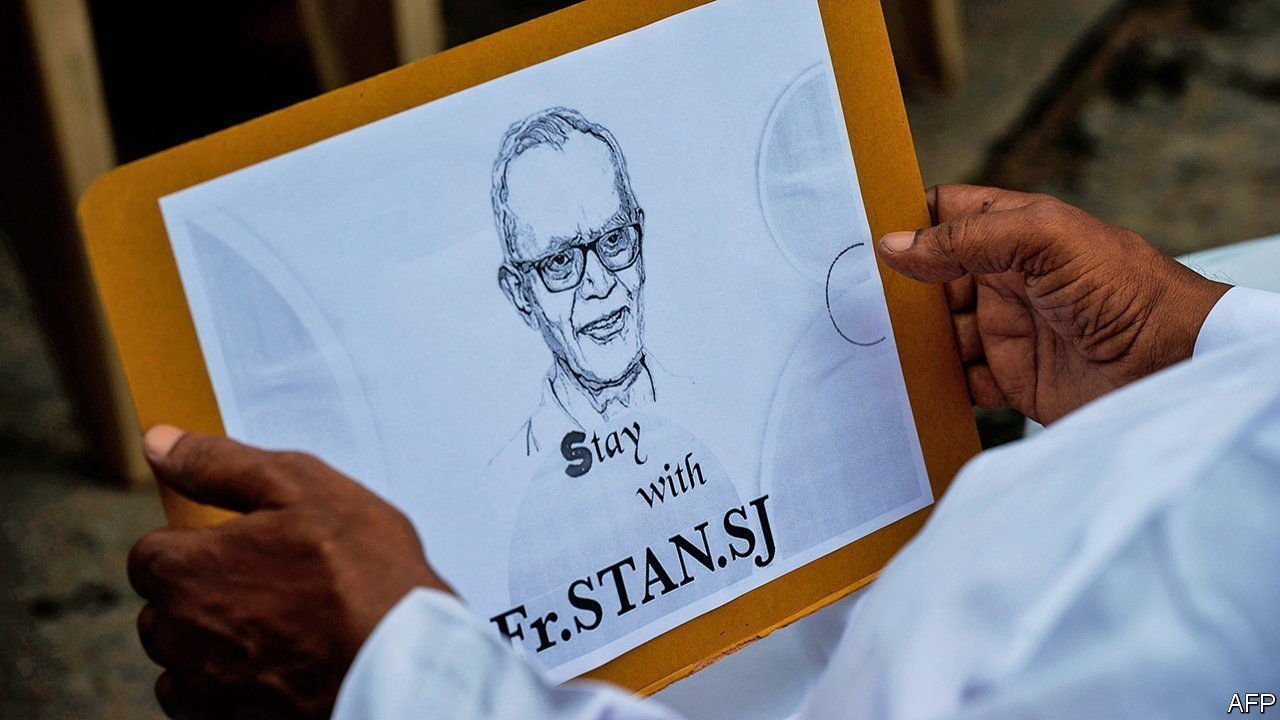 The recent decision by St Aloysius Institutions, to name a park in one of their institution premises, in the outskirts of Mangalore city, after Jesuit priest and tribal rights activist Father Stan Swamy, has come in for opposition from right-wing groups like Akhil Bharatiya Vidyarthi Parishad (ABVP), Vishwa Hindu Parishad (VHP) and Bajrang Dal.

The right-wing Hindutva forces continue to target and vilify the name of Jesuit priest and tribal rights activist Stan Swamy even after his death. The Hindutva groups are claiming that to name a park after a person like Fr. Stan Swamy is akin to it indirectly challenging national unity, and they have even threatened that if St Aloysius Institutions management goes ahead with the plan, the groups  will carry out a strong protest, following which the institution will be responsible if there is any untoward incident.

Meanwhile, St Aloysius Institutions Rector Fr. Melwin Pinto SJ had said: “We will go ahead with our naming of park plan and we will not budge for such threats from these activists ”. But the naming of the park programme which was scheduled for Thursday 7 October Morning, has now been postponed based on the suggestion of city police that President of India Ram Nath Kovind will be visiting the city on Thursday, and there should not be any protest or untoward incident on that day.

An open letter endorsed by several organisations and human right activists condemns the open threats to violence by the Hindutva fascist groups such as ABVP, VHM and Bajrang Dal against a private autonomous Catholic college for its decision to name one of its parks after the late Fr. Stan Swamy whose death has become symbolic of the systemic oppression of a human rights activist standing with the most marginalized communities. The signatories call for swift and urgent action by the Mangalore district authorities against this form of criminal intimidation of members and institutions of minority communities.

The copy of the open letter with signatories is given below

Open letter endorsed by individuals and organisations Demand for Action by Mangalore district administration  against ABVP, VHP and Bajrang Dal

News reports have reported that Hindutva fascist groups including ABVP, VHP and Bajrang  Dal have opposed the decision of the St Aloysius College, Mangalore a private autonomous  college to name one of its parks after Human Rights and Adivasi Rights Activist Late Father Stan Swamy. They have threatened to stage a protest if the college goes ahead with the plan. Threats have been made by them stating that “The college will be responsible if any untoward incident takes place”.

We call upon the District Administration and the Police to take immediate action against these organizations for engaging in criminal intimidation and issuing such threats. They have absolutely no right to interfere in the goings on of the private institution. These organization have a stated purpose and history for violence, communal divisiveness and subscribe to an  idea of our country, with scant regard to the Constitution and the Rule of Law.

This blatantly illegal behavior is a consequence of the free run that is being given to these fascist organizations in coastal Karnataka. These organizations are imposing social apartheid, interfering in the private affairs of citizens and acting against the Constitutional principle of fraternity by engaging in daily acts of violence and intimidation with impunity. Members of  these organizations have engaged in lynching of minorities across the country, conducting riots and engaging in violence to push minorities into second-class citizenship .

Fr. Stan Swamy was a person who was falsely implicated in the cases pending against him and subject to the most inhuman treatment leading to his untimely death. Imprisoned at the  age of 84 years while suffering from Parkinson’s disease, he was denied the most basic of  rights, being deprived of even a sipper. He dedicated his entire life for the upliftment of the  oppressed sections of society and was targeted precisely for this reason. We stand with Fr. Stan Swamy.

We demand that immediate action be taken against these fascist organization for their actions of criminal intimidation and the district administration and police provide adequate protection to the college to ensure that there is no interference in its private affairs.