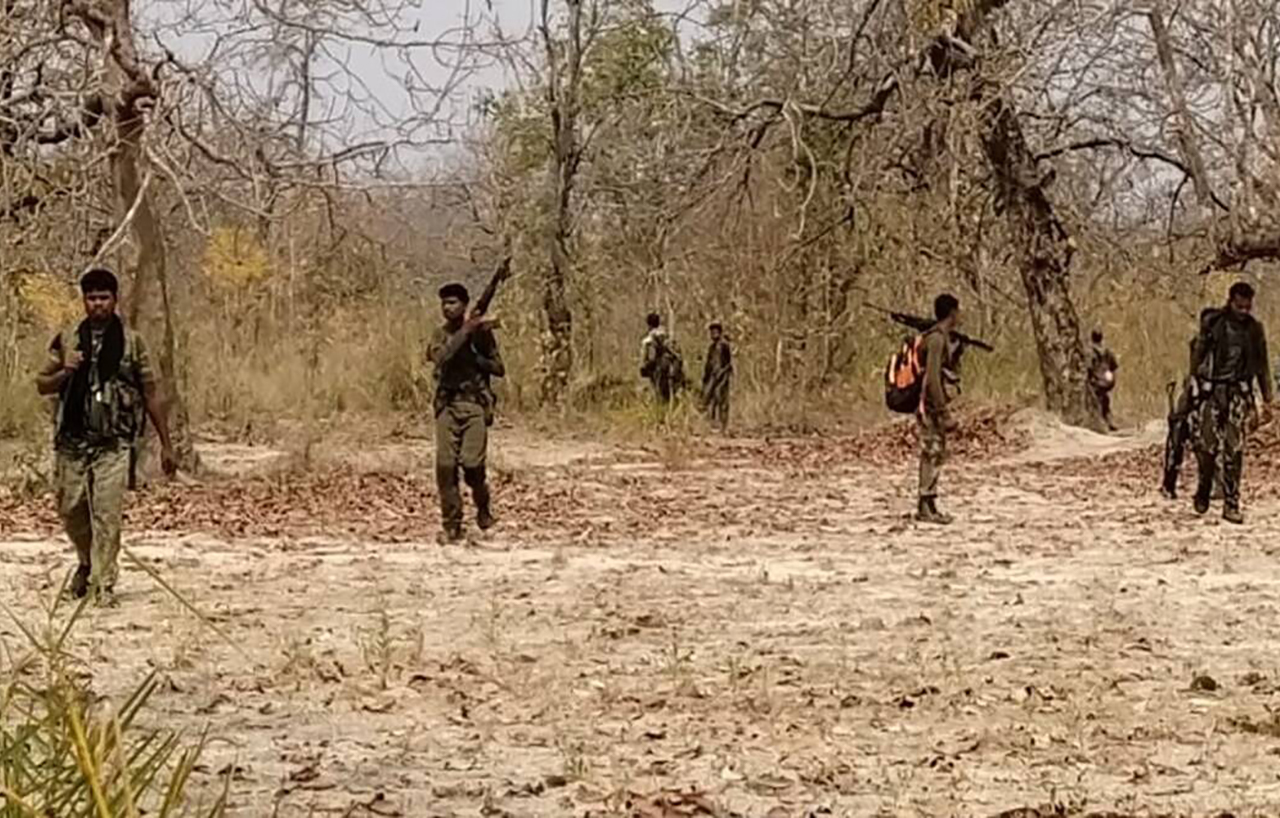 Eight years after security personnel had gunned down eight adivasis, including 4 minors, in an encounter in Edesmetta, a remote forest village  in Bijapur district of Chhattisgarh, a judicial inquiry report into the incident, submitted to the state government on Wednesday, concluded that none of those killed were Maoists and there was no exchange of fire, as was alleged by the security forces and reported by the media just after the incident. The report by Justice VK Agarwal, a retired judge of the Madhya Pradesh High Court, stated the security forces “may have opened fire in panic”, The Indian Express reported on Friday.

The Edesmetta encounter took place on 17 May 2013 in Bijapur district of Bastar when the adivasi villagers had gathered to celebrate their annual festival Beej Pandum, a ritual of sowing seeds right before the onset of monsoon . The villagers alleged that a team of CoBRA (Commando Battalion for Resolute Action) reached the village and fired indiscriminately that left eight villagers and a CoBRA constable dead.

Just after the incident, amidst allegations of encounter killing and protests by the villagers, the Chhattisgarh government constituted a judicial inquiry under Justice VK Agarwal to inquire into the incident. Justice Agarwal was also probing the Sarkeguda massacre, which took place a year earlier on 28 June 2012. The commission was granted an extension in 2019 after a Congress government was formed in the state. A separate inquiry into the Edesmetta incident by the CBI is still going on, following a Supreme Court order on May 3, 2019.

What actually happened on the night of May 17, 2013, in the remote forest village of Edesmetta, where the said ‘encounter’ took place? The villagers’ version of the incident can be sourced through their police complaint, affidavits, accounts recorded by activists and a report by the Human Rights Forum titled ‘The Terrible Cost of an Inhuman Counter Insurgency’. This is what the fact- finding team of HRF reported about the incident on that fateful night —

On the night of May 17, 2013, adivasis of Edesmetta were performing the Beeja Pandum, the seed festival normally held at that time of the year before the rains arrive and sowing begins. Over 100 adivasis had gathered around a small structure containing their deities known locally as ‘gaama’. The adivasis had congregated at the place which is an open field and about a 10 minute walk from the village. The area is ringed on all sides by fairly thick forest. That the adivasis were unarmed civilians would have been clear to the naked eye from a distance since they had started a large fire.

A huge contingent of security forces from Gangulur consisting principally of CoBRA commandos numbering well about 150 personnel surrounded the area from three sides. The CRPF men initially caught hold of three young men Punem Sukku, Karam Budra and Karam Lakhma who were going towards a chelimi (a water hole) to drink water and also fetch some for the others gathered at the festivities and roughed them up. The terrified three, however, managed to wriggle out and ran into the forest in the direction away from the gathering. The villagers noticed the presence of the CRPF men when the three young men started running. They stopped dancing and almost immediately the CRPF started firing at the gathering. It was about 10 pm. 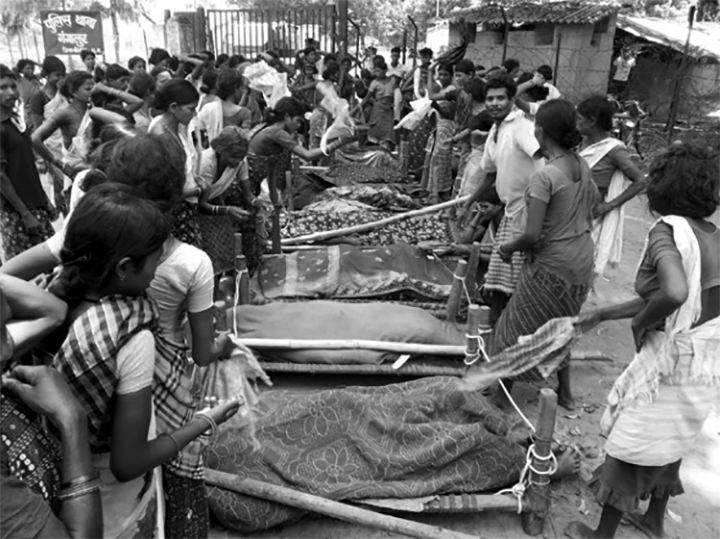 This time, too, the customary state version in all such cases of security forces retaliating only in self-defence, as they came under hostile fire from the Maoists, was parroted as usual. But the very next day, some bodies of civilians were discovered near the encounter spot and taken for post-mortem. Media reports emerged that claimed that a number of civilians, including minor boys, were killed in the firing. The security forces changed their version.

The new concocted story was that Maoists have used adivasi villagers as ‘human shields’ to make effective escapes, resulting in civilian fatalities, because of the fact that the Maoists were firing recklessly while retreating.

The India Express report on the judicial enquiry lays bare the police version of the massacre.  The plain truth was that the CRPF personnel opened fire without any provocation, upon a gathering of unarmed adivasis celebrating a traditional festival. According to The Indian Express, Justice Agarwal stated in his report that the adivasis killed were unarmed and died in gunfire of 44 rounds, 18 of which had been fired by a single constable of the CoBRA unit of the CRPF. The report, in Hindi, stated the incident of firing gave the impression to be a result of “galat dhaarna, ghabrahat ki pratikriya” (incorrect assumption, panic response).

Also, according to the enquiry report, there was no cross-fire, and the CoBRA constable Dev Prakash died due to friendly-fire and not because of the Maoists. The report further stated that while two “bharmar” rifles were seized at the spot, they were not responsible for the bullet wound in Prakash’s head. The report only corroborated what the villagers, human right activists and even the mainstream media had claimed about the massacre.

In a tacit admission of guilt, the State government had announced compensation of Rs 8 lakh to each family of the deceased adivasis of Edesmetta. But the family members had refused the offer, and reiterated their demand for justice. They told the HRF team: “We do not want this blood money. We want those responsible for killing our people punished”. It was only after facing public pressure, did the state government institute the judicial inquiry. 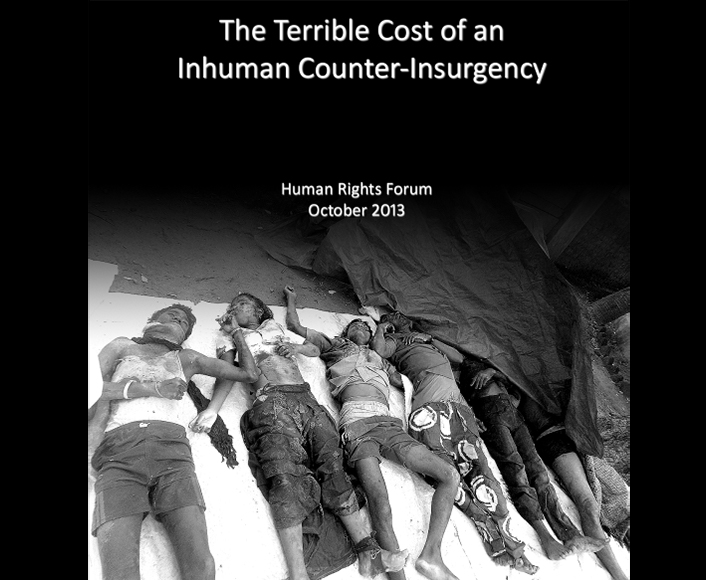 It also needs to be noted that the Chhattisgarh government has accepted the Edesmetta report, unlike the same commission’s report on the Sarkeguda encounter killings. As in Edesmetta, people of Sarkeguda, too, had gathered for the Beej Pandum celebrations.  On the night of June 28, 2012, 17 adivasis, amongst them, 6 minors, including a 12 year old girl, were gunned down as a result of unilateral firing by CRPF forces. A judicial inquiry headed by Justice Agarwal was announced by the Chhattisgarh government, after public outrage at the gruesome killings. The Sarkeguda report by Justice Agarwal, which had also indicted the security personnel, is still pending with the state law department. No action has been taken against the security personnel responsible for the massacre.

While a judicial inquiry is no substitute for a criminal prosecution, now that the Edesmetta report has been accepted and approved by the state cabinet, it remains to be seen what steps the government takes to bring to justice the perpetrators of the massacre of unarmed adivasis. The adivasis can’t be treated as collateral damage in the Indian state’s war to eliminate the ‘biggest threat to the internal security of the country’, as was described by the then Prime Minister Manmohan Singh.