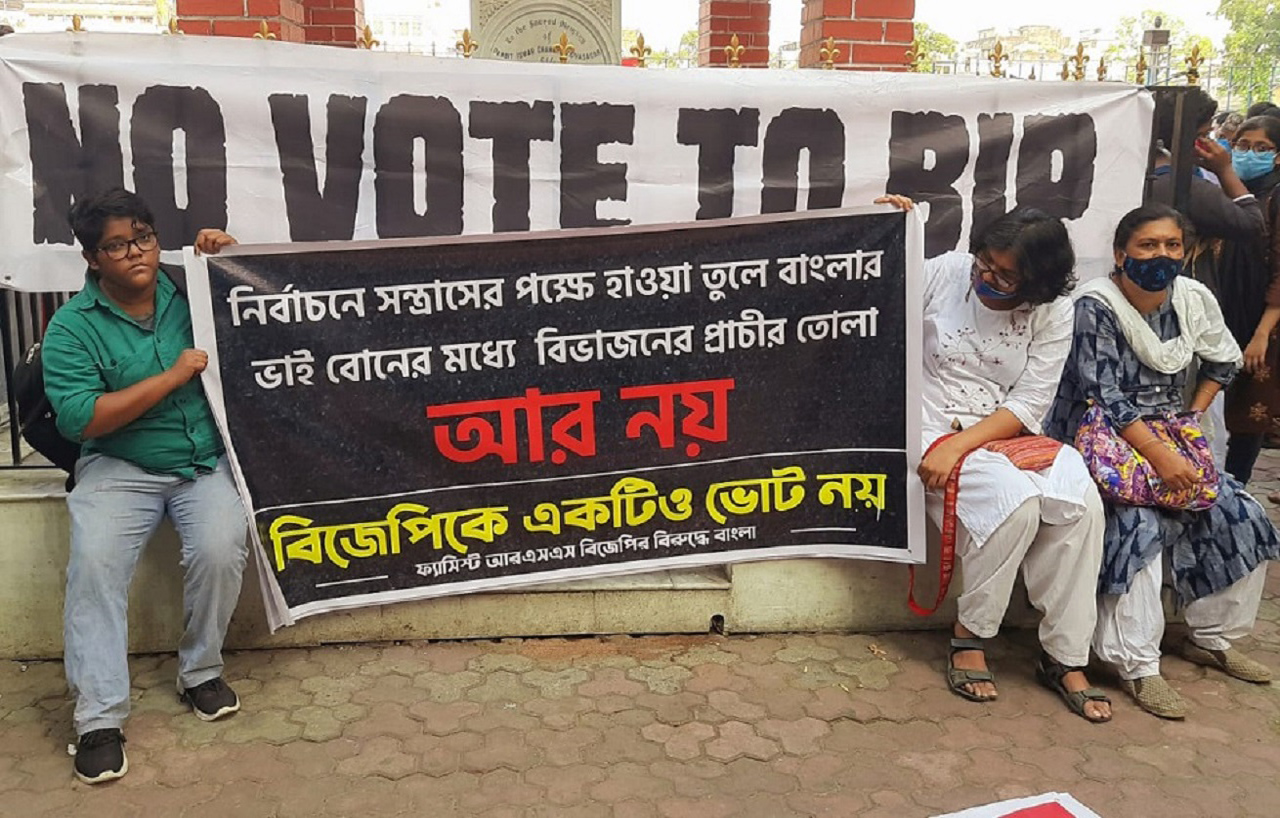 Facebook deletes the popular “No Vote To BJP” group’s page

Last night, Facebook deleted the “No Vote To BJP ” group’s page from its platform. No clarification, for the sudden action, was given by Facebook, to the admins of this popular group with more than 33,000 members, apart from the usual notification that it violated their ‘community standard’.

The group members dubbed the move as ‘authoritarian and clandestine’ and pointed to a pattern in such arbitrary actions on the part of the social media giant. They alleged that anything which is anti-BJP, and becomes popular, comes under the radar of their censorship. They pointed out, earlier too, Facebook has also removed, on four occasions, another popular anti-Fascist group — “No NRC Movement.”  The group’s page was restored only after a prolonged and consistent online protest campaign.

On 7 August, Twitter — the microblogging platform — owned by Facebook, locked the twitter account of  Congress leader Rahul Gandhi, and later, the account of  his political party was also locked. Twitter said the action was taken for violation of its rules, that disallow the identity of a rape victim to be publicly revealed. Rahul Gandhi has shared only an image of his visit to the victim’s house. The platform took no action, when on numerous other occasions, leaders of BJP have even shared the photographs of rape-victims over its platform. Following protests against its partisan role, Twitter ultimately unlocked those accounts.

The “No Vote To BJP” slogan was coined, raised and popularised by a citizens’ forum — “Bengal Against Fascist RSS-BJP” — before the assembly elections in West Bengal, earlier this year. Activists allege, with the crucial assembly election in Uttar Pradesh scheduled for early next year in 2022, and a similar call by many farmers’ and citizen groups in that state, Facebook appears to be acting under pressure to restrict such online citizen’s campaigns against the ruling party on its platform.

Meanwhile, the group admins have appealed to their friends and supporters to amplify this injustice and strengthen protests by sharing this incident with #NoVoteToBJP hashtag, to compel Facebook to restore the group. Kasturi Basu, one of the admins of the group said, “Facebook’s ‘community standard’ regulations have now become “BJP standard”,” and added “Facebook is doing business in India for a considerable period. Yet, they are not walking the talk of digital freedom  … Clearly they want to do business with  personal data without any accountability”. Kushal Debnath, one of the conveners of the citizen’s forum, said, “we will protest not only on Facebook, but organise protests outside Facebook offices in Delhi and Bangalore, too.”