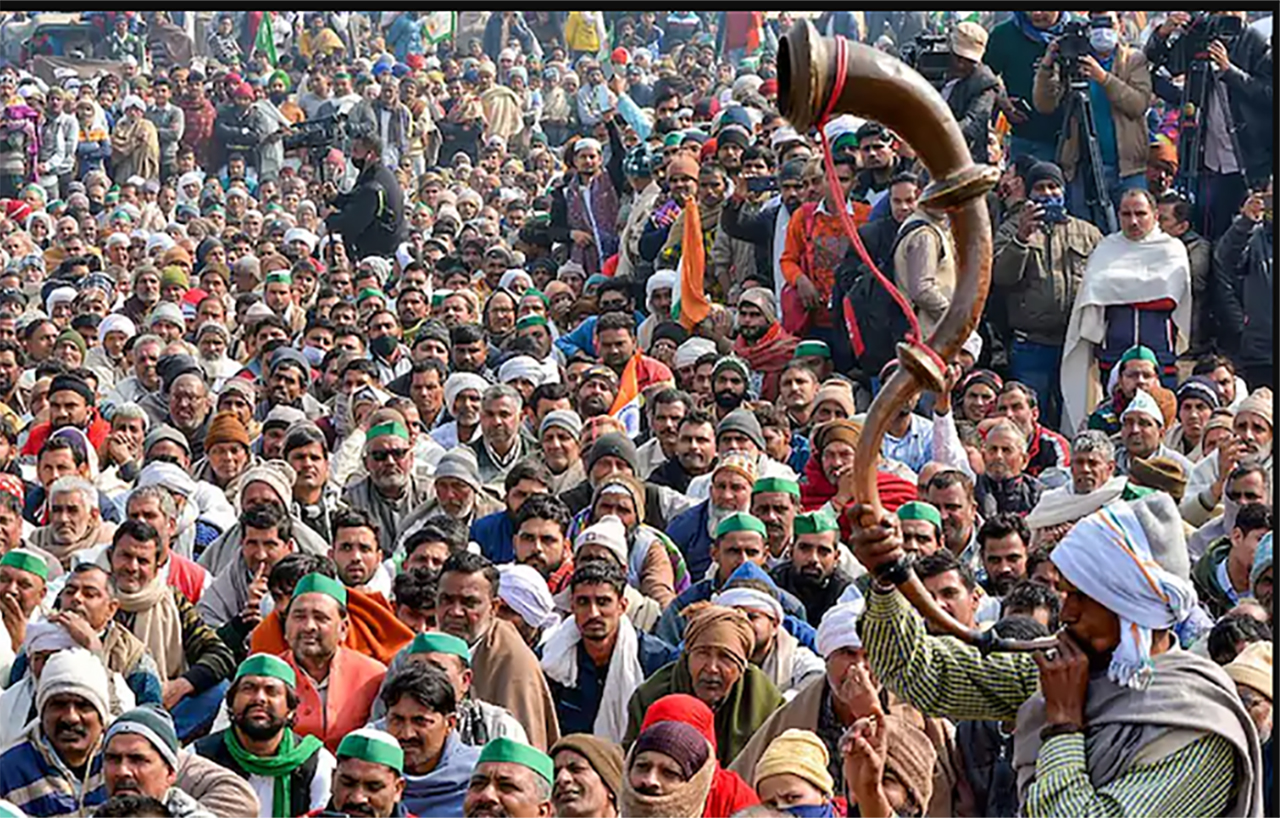 A meeting of Bhartiya Kisan Union (Ekta Ugrahan) chaired by Jhanda Singh Jethuke at today decided that this year, August 15, the Independence Day, will be observed as Kisan Mazdoor Mukti Sangharsh Divas amidst the ongoing struggle of the farmers to repeal the three Farm Laws and to ensure legal guarantee of Minimum Support Price (MPS) for food grains.

General Secretary of the organization, Sukhdev Singh Kokri Kalan, while releasing the details of the meeting to the press, said that on this occasion, a demand would be raised to expel the local and foreign Corporations from the country and to raise the banner of struggle for the liberation of the peasantry from all forms of plunder. On 15 August, large gatherings would be held at Adani Cello Godown Dagru (Moga), Adani Solar Power Plant Bathinda, Toll Plaza Kalajhar and at the checkpoints in front of the residences of such corporate businesses and BJP leaders in the state. In the districts where permanent fronts are not running, the convoy will be taken to the SDM or DC offices from 11 a.m. to 1 p.m.

Apart from farmers and farm labourers, people from other working classes have also been urged to attend these gatherings. The organization believes that under the guise of Independence Day celebrations, the rulers of the country are indulging in plundering the workers and peasants of the country in association with companies of the imperialist countries with both hands. The grip of the imperialist countries on the country is getting stronger as the people of our country have made immense sacrifices in the struggle against the empire. The freedom that was claimed before the people did not cover the loss of land of the farmers and farm labourers nor did it save them from the debts of the moneylenders/banks. Even in the new state, the plunder of moneylenders intensified and the land was eroded from the peasants and the moneylenders collected from the feudal lords. On 15 August 1947, the rulers of the country claimed to have got rid of the British Empire. These companies, along with local moneylenders and feudal lords, have indiscriminately looted farmers and farm labourers and this reckless looting has forced the peasant labourers to commit suicide. With the help of local feudal lords/moneylenders, the Ambanis-Adanis, including these local and foreign imperialist companies, dominate every economic sector of the country and the Narendra Modi government is now their servant to make up for the remaining shortfalls. It is time to demand repeal of new economic and industrial policies to get rid of the plunder of foreign empires, local corporations and feudal lords/moneylenders.