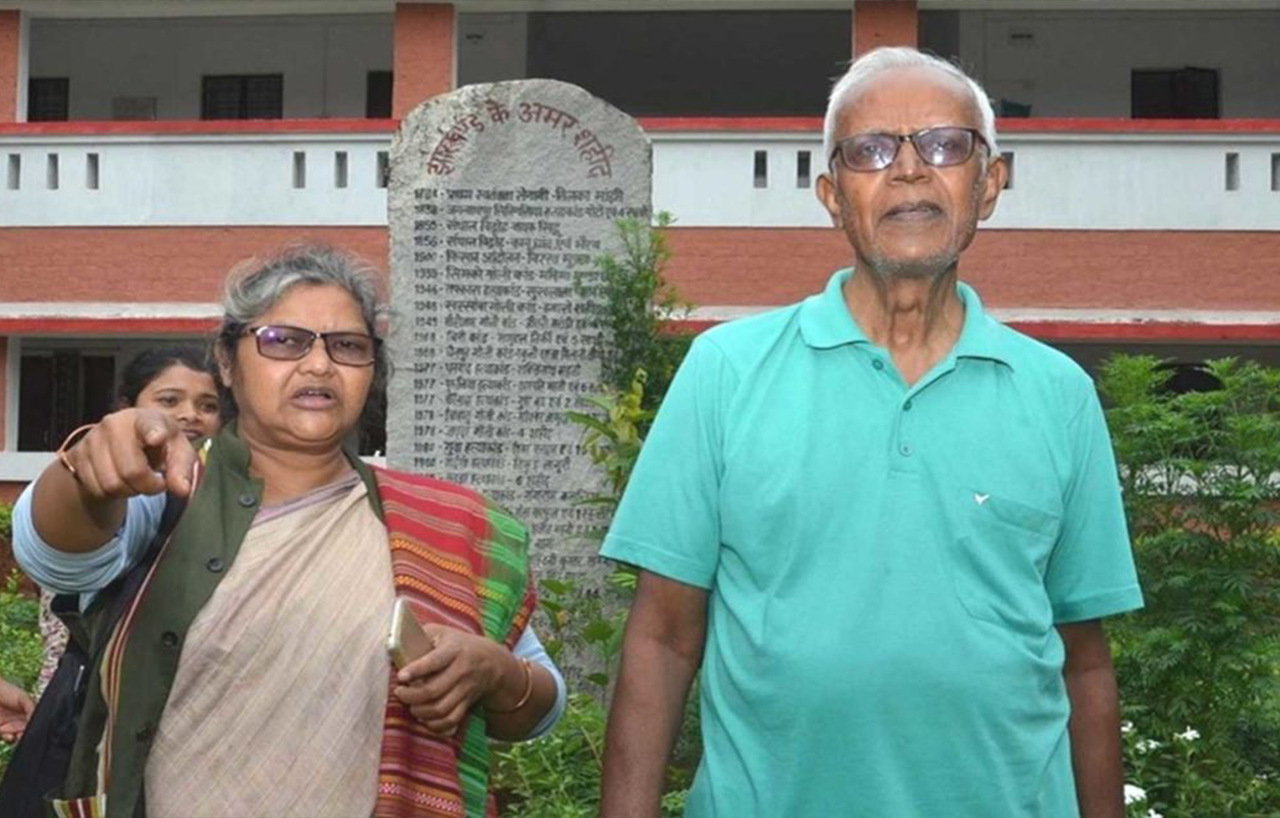 This article authored by Fr. Stan Swami and originally published in Praxis Review is being re-published in his memory.

… so spoke Mohan Bhagwat the RSS Chief in Ranchi on 14 March 2014 at the completion of 25 years of Ekal Vidyalayas in Jharkhand.

The local English press refrained from mentioning that the RSS Chief was addressing a predominantly Adivasi gathering calling them ‘vanvasis’. The vernacular press had no hesitation in calling the gathering as “vanvasis-gramvasis”.

Bhagwat went on to say that “India wasn’t safe without the Hindutva because the country couldn’t be safe if the Hindus weren’t…”The Ekal Vidyalayas are doing extremely well, very soon we would have one crore educated villagers in India who be alumni of these schools.”

The rationale for this is “Hindutva is present in its purest form in the villages and forests and we have to make them realize their potential”… “A country can prosper when its self-esteem is high and it us when Hindus rise with the spirit of nationalism that a change can be seen…” Bhagwat expressed confidence in the dream of becoming the strongest nation in the world, which he said can we come true in the next 12-13 years when RSS completes 100 years.

Why ‘Vanvasi’ and not ‘Adivasi’?

The Hindutva parties and other outfits have been deliberately using ‘vanvasi’ because they do not want to admit the fact that Adivasis are the original inhabitants of India with the implication that Aryans are intruders. Instead it is more convenient to marginalize them calling the vanvasi with the implication that they are uncivilized and really do not belong to modern society. It was for this reason that when Jharkhand was about to be set up as a separate State these same Hindutva forces clamoured that the name should be “Vananchal’. Because of people’s vociferous demand they had to withdraw the proposal. But they are still making the point clear that they do not consider Adivasis as equal citizens but would rather push them into the jungles as Vanvasis.

They are largely funded by the Ekal Vidyalaya Foundation created by the Hindutva-adherents in the United States of America. This foundation is associated with the Rashtriya Swayamsevak Sangh, They were assisted by the NDA government from 1990-2000 onwards. This was stopped in 2005 by the UPA government when one of its committees reported irregularities and pursuit of anti-minority agenda in some schools.  It was also pointed out that the schools pursue a Hindu-nationalist agenda and generate hatred towards minorities. Jharkhand State which was under NDA rule up until 2009 continued to fund these schools from the State exchequer. Whether the present JMM-led govt continues the funding is something to be found out.

Take the example of teaching the English alphabet to children in interior villages who are mostly tribal. A researcher found that the text book used for the purpose “…only the names of Hindu Gods [sic] were used to teach English alphabet…A. for Arjun, B. for Brahma, C. for Cow, D. for Dhruva, G. for Ganesh, H. for Hanuman, J. for Jambavan, M. for Mahadev, O. for Om, R. for Ram, T. for Temple, U. for Uma…..Ironically the letters ‘E’, ‘F’, ‘Q’, ‘W’, ‘X’, ‘Z’ simply does [sic] not exist in this booklet…. Reason? No names of Hindu Gods beginning with these letters are readily available. One does not need to stretch the imagination to realize the alienating impact in the tender minds of Adivasi children.

To conclude, may we say that this sinister effort to hinduise the whole Adivasi society must be exposed, condemned and stopped. If the hindutva forces are sincere about awakening the rural masses let them hand over Ekal Vidyalayas to the respective Gram Sabhas, which will choose teachers from among the educated young men and women of the village who can teach their own younger brother and sisters as per the social and cultural traditions.