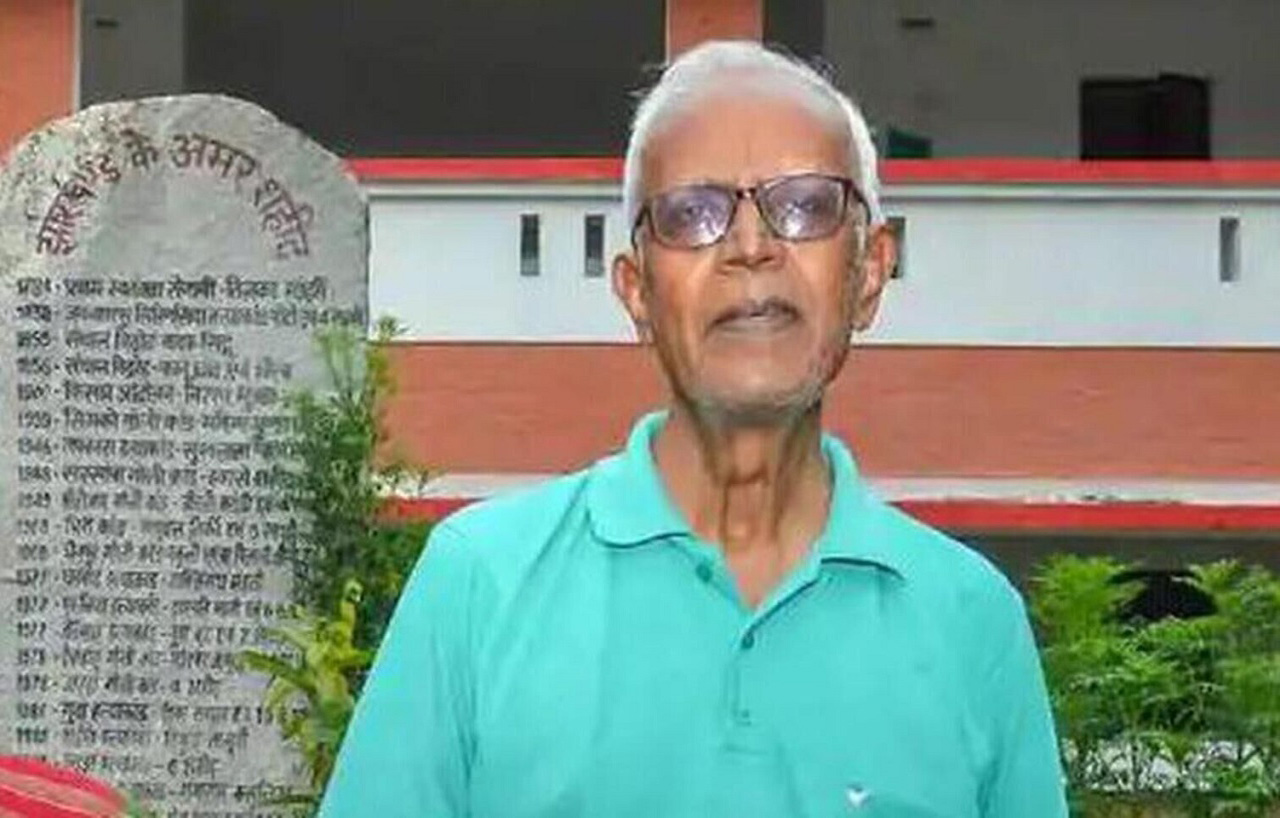 84-year old Father Stan Swamy – India’s oldest prisoner who has been slapped with terror charges – has been incarcerated in Maharashtra’s Taloja jail since October 8, 2020. His health deteriorated sharply while in prison, and on May 28, after the intervention of the judiciary, he was shifted to a hospital. Jharkhand Janadhikar Mahasabha (JJM), a coalition of progressive organisations and activists in Jharkhand, has released a statement on Sunday, stating that Father Stan Swamy’s health has deteriorated and he has been put on a ventilator at the Holy Family hospital, where he is currently admitted for his treatment.

JJM has demanded all necessary medical and specialised treatment for Stan Swamy. It has further demanded that the High Court immediately grants bail to him and ensures that he is sent back to Jharkhand as soon as possible.

Stan Swamy's health has deteriorated and he is on ventilator support. The NIA and central government are solely responsible for the sufferings of this elderly person and the current state of affair. The NIA court also played its role. 1/n @TeestaSetalvad @sardesairajdeep pic.twitter.com/rKM1tFZEvQ

Stan’s health has deteriorated and he has been put on a ventilator at the Holy Family hospital. His situation is said to be critical. The NIA and central government are solely responsible for the sufferings of this elderly person and the current state of affairs. The NIA court also played its role by denying him bail on both medical grounds and merit. Assurances of the Maharashtra government regarding support for Stan Swamy are yet to be seen.

Since early May, Stan was keeping unwell at Taloja. He had fever, cough, extreme weakness and a running stomach. Even though he demonstrated severe covid symptoms, he was not tested for covid at Taloja. After a public outcry, he was administered the covid vaccine. He also tested positive for covid. Ironically, he was given the vaccine when he was already severely ill, instead of at the beginning of the second wave. The High Court allowed his transfer from the Taloja jail to the Holy Family hospital on 28 May.

Stan Swamy was arrested in the Bhima Koregaon case on 8 October 2020. Adivasis, Gram Sabhas, civil society, several political leaders and parties, and Jharkhand’s Chief Minister himself have condemned Stan’s arrest and expressed support and solidarity with him. The Arsenal report prepared based on electronic evidence collected by the NIA has exposed how fake documents were planted into the computers of the accused in the Bhima Koregaon case. Stan himself told the NIA that some so-called extracts allegedly taken from his computer were fabricated and that he disowned them.

Without an iota of evidence against him in the case, he languished in jail and is now battling for his life (still under arrest). Also, denying bail to an elderly and ailing person, with limited mobility and no history of violence against others, is beyond comprehension.

Had the investigating agencies and the Court taken a humanitarian approach, Stan would not have to go through this suffering. As he fights for his life, the central government continues to look away. Jharkhand Janadhikar Mahasabha demands from the central and Maharashtra governments that all necessary medical and specialised treatment be urgently ensured for Stan Swamy. We further demand that the High Court immediately grants him bail. He should be released and sent back to Jharkhand asap.

Father Stan Swamy – a Jesuit priest – was made an accused in the infamous Bhima Koregaon case and has been in Taloja prison since 8 October 2020. The 84 years old activist, suffering from Parkinson’s disease, was charged under the repressive UAPA for his work with Adivasi groups in Jharkhand. Unjustly accused by the Indian State of “terrorism”, he has been denied bail twice. His situation is particularly difficult given his advanced age and precarious health, and the spread of COVID-19 in overcrowded Indian jails.

Father Stan Swamy is well known as an Adivasi rights activist working on various issues – land, forest and labour rights – questioning the non-implementation of the Fifth Schedule of the Constitution, which stipulates setting up of a Tribal Advisory Council with members solely of the Adivasi community for their protection, well-being and development. Stan Swamy was involved in the Adivasi movement against ‘land banks’, which he believed would make the lands belonging to the community vulnerable to acquisition by the corporates. Besides, he helped form a platform called the ‘Persecuted Prisoners’ Solidarity Committee’ that sought to free under-trial Adivasi prisoners (currently, about 3,000 Adivasis are imprisoned illegally) through legal action, so that justice can be achieved. The Adivasis and others, who have been denied their legitimate rights, see in him a person who has left no stone unturned to champion their cause.