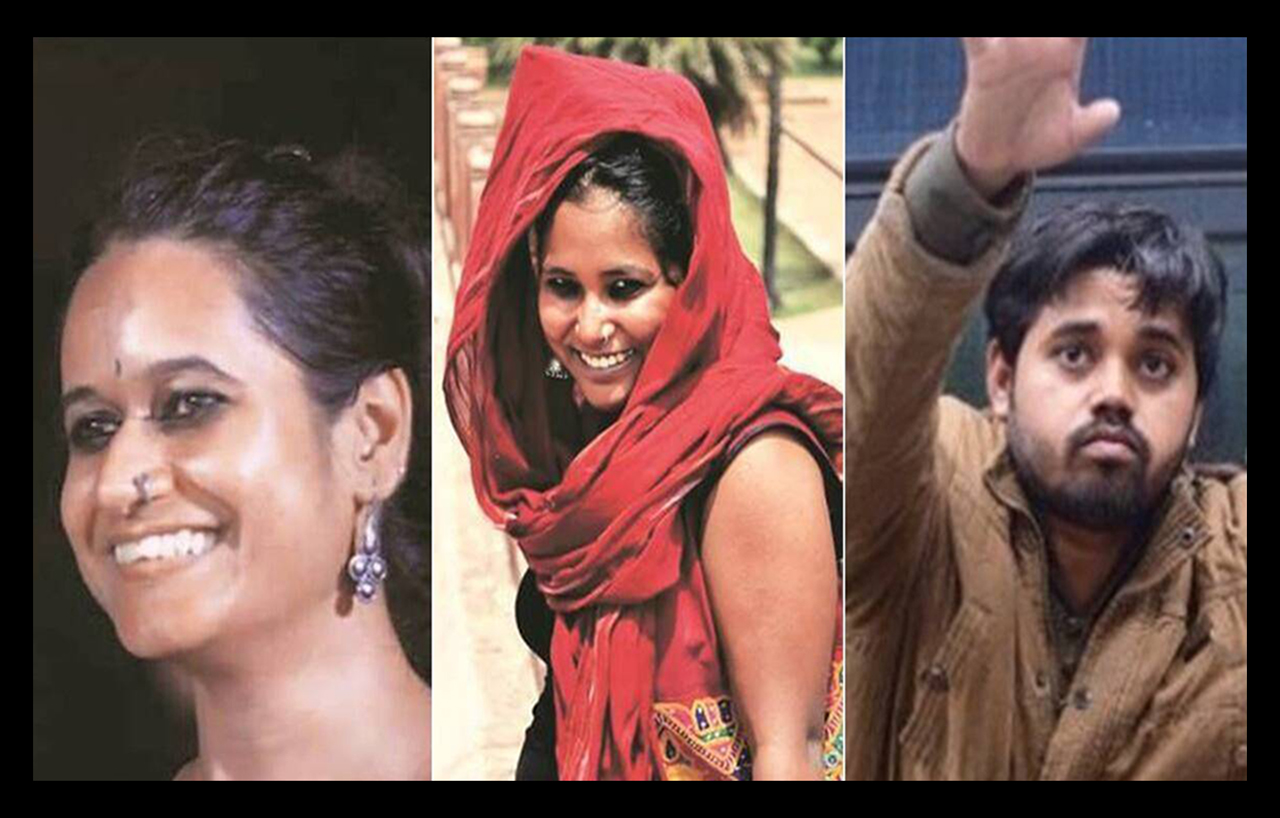 Dissent is not a terrorist act — Delhi High Court. Bail granted to Asif, Devangana and Natasha

The Delhi HC grants bail to student activists Devangana, Natasha and Asif in the UAPA case pertaining to the Delhi riots in February 2020. The Court observed that in the mind of the State, the “line between the constitutionally guaranteed right to protest and terrorist activity seems to be getting somewhat blurred.”

The Delhi High Court on Tuesday granted bail to Asif Iqbal — a B.A. (Hons) student at Jamia — Natasha Narwal and Devangana Kalita —- both research scholars at JNU and associated with Pinjra Tod, a feminist Collective. A bench of Justices Siddharth Mridul and Anup Jairam Bhambani granted bail to the accused, noting that the allegations against them do not disclose the commission of any offence under Sections 15 (Terrorist act), 17 (Punishment for raising funds for terrorist act) and 18 (Punishment for conspiracy) of the UAPA.

Asif, Devangana and Natasha were amongst  the scores of activists, who were arrested and charged under the draconian UAPA by the Delhi police under Union Home Minister Amit Shah, in cases pertaining to Delhi riots in early 2020. All three who were granted bail today, were arrested in May 2020 for their role in the “larger conspiracy” that led to the riots in North-East Delhi in February 2020.

According to Delhi police charge sheet, the three accused, along with the other accused persons, following the legislation of the Citizenship Amendment Act (CAA), conspired to cause disruption of such an extent and magnitude at the national capital, that would lead to disorderliness and disturbance of law and order at an unprecedented scale. All the accused were charged under UAPA for conspiring and communal riots in the capital city of Delhi, and thereby causing international embarrassment for the government of India at the time of the visit of the USA President Donald Trump to India.

The High Court said that delivering  speeches, organizing of ‘chakka jaam’, “instigating” women to protest, and other similar allegations by the police, are at worst, evidence that the accused only participated in organiz ing protests, and there are no  material evidence to bear out the allegation, that they incited violence. The High Court observed that “protests against Governmental and Parliamentary actions are legitimate; and though such protests are expected to be peaceful and non-violent, it is not uncommon for protesters to push the limits permissible in law.”

The  Court order and its observations today, while granting bail to Asif, Natasha and Devangana, validates what human rights, social and political activists have all along being saying that the entire Delhi conspiracy case is based on false and fabricated charges to arrest, detain and harass activists by the Modi government. The entire conspiracy theory was hatched to deflate attention from the role of rightwing Hindutva groups and RSS-BJP leaders who allied with the police and organized the communal riots in Delhi. The objective was to quell and suppress the spontaneous and peaceful protests led by Muslim women against the CAA at Shaheenbagh and other places across the country.

The High Court while granting bail observed that

We are constrained to express, that it seems, that in its anxiety to suppress dissent, in the mind of the State, the line between constitutionally guaranteed right to protest and terrorist activity seems to be getting somewhat blurred. If this mindset gets traction, it would be a sad day for democracy.

The government is repeatedly abusing the draconian anti-terrorist laws viz. UAPA, NIA and Sedition Act to muzzle dissenting voices and it’s time that the judiciary, at least, stands up and ensures that all political prisoners detained under these Acts, and languishing in prisons for years without trial, are released forthright.

(Read the orders in the attachments below)