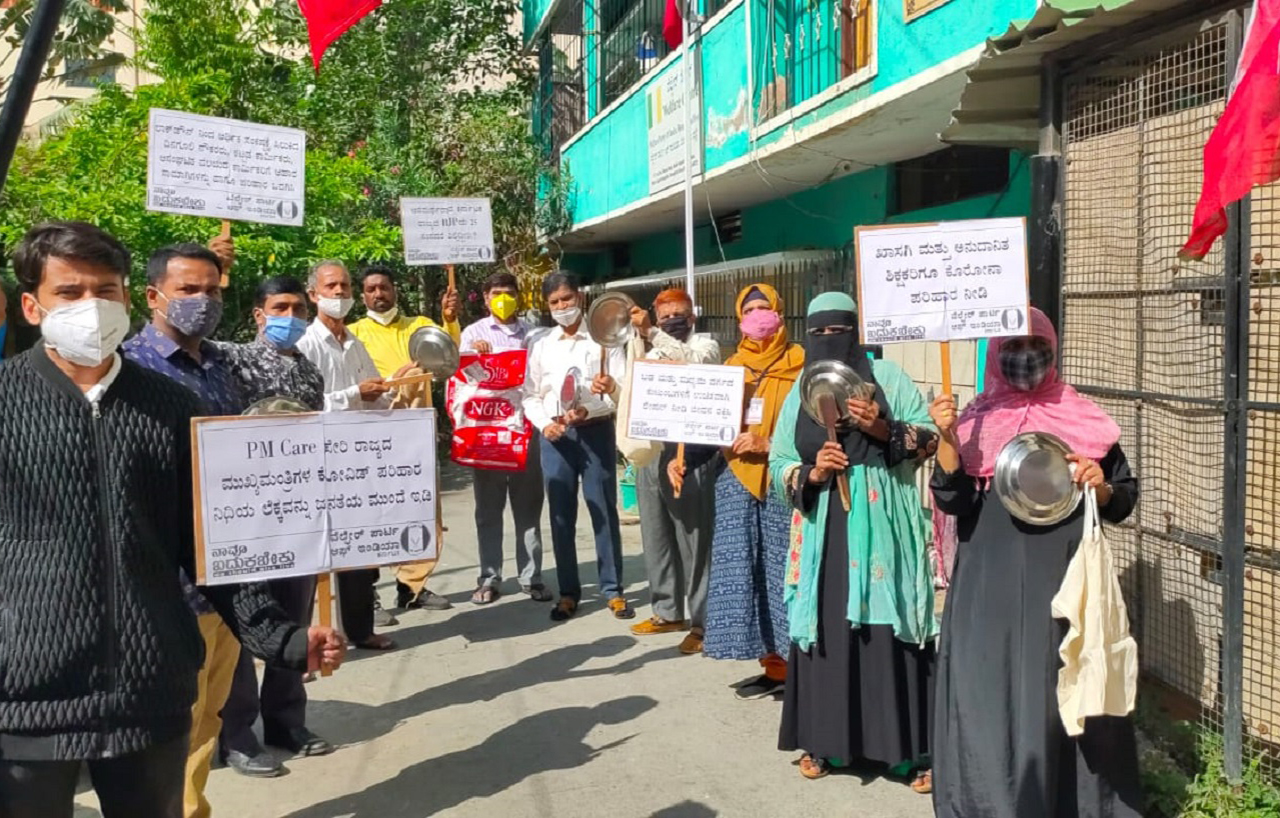 “We Should Also Live” : People’s protest across Karnataka demanding relief from the CM

Despite fear of Covid-19 infection and ongoing lockdown restrictions, people across 31 districts and 102 taluks in Karnataka took to the streets to put forth their demands to the state government. 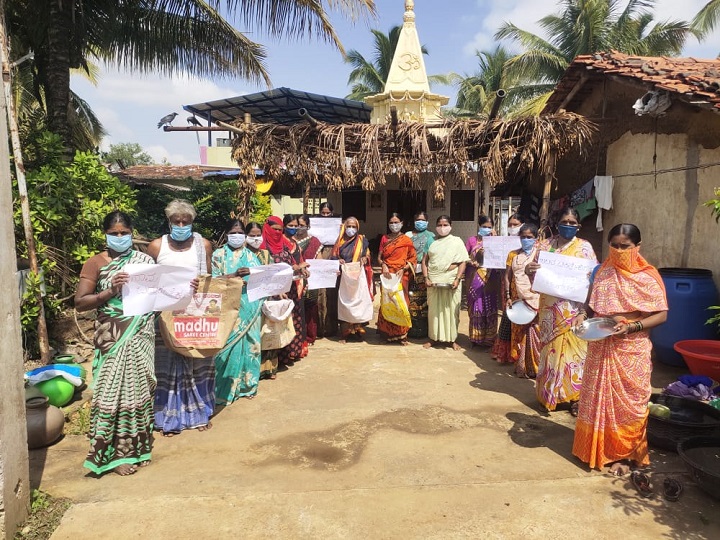 Janaagraha Aandolana, a people’s campaign movement, has started in Karnataka to demand relief measures and a financial package from the state government to support the livelihoods of people during the pandemic and the lockdown associated with it. The movement had called for a state-wide protest on 24 May 2021 with the slogan “We Should Also Live”. The protest campaign received an unprecedented response from people all over the state. Despite fear of Covid-19 and lockdown restrictions, people in large numbers took to the streets to put forth their demands to the state government.

Protests were reported across 31 districts and 102 taluks of the state. At many places people protested on the streets with empty plates and empty bags. Particularly women of poorer households participated in the protests in large numbers. Many of them have expressed their helplessness and requested the Chief Minister that “Living has become difficult, Do Something, At least provide us some money”.

Some women expressing their outrage against the Chief Minister said,

“Come here and witness our hardness. You are because of us, we are not because of you. Ae Yeddiyurappa, Where have you gone?”

People sent photographs of the protest and a poster addressing the Chief Minister to the Whatsapp number of the Personal Secretary of the Chief Minister. Attempts were made to grab attention of the government towards the issues of people.

“Covid has made our lives unpredictable. Lockdown has made our lives difficult. Neither there is work, nor money with us. We only have loans to pay. Our situations are such that there are neither beds in the hospital nor places to cremate the dead. Private hospitals are exploiting people. Yet, the Government is sleeping. All in all, the common people are finding it difficult to even live.” 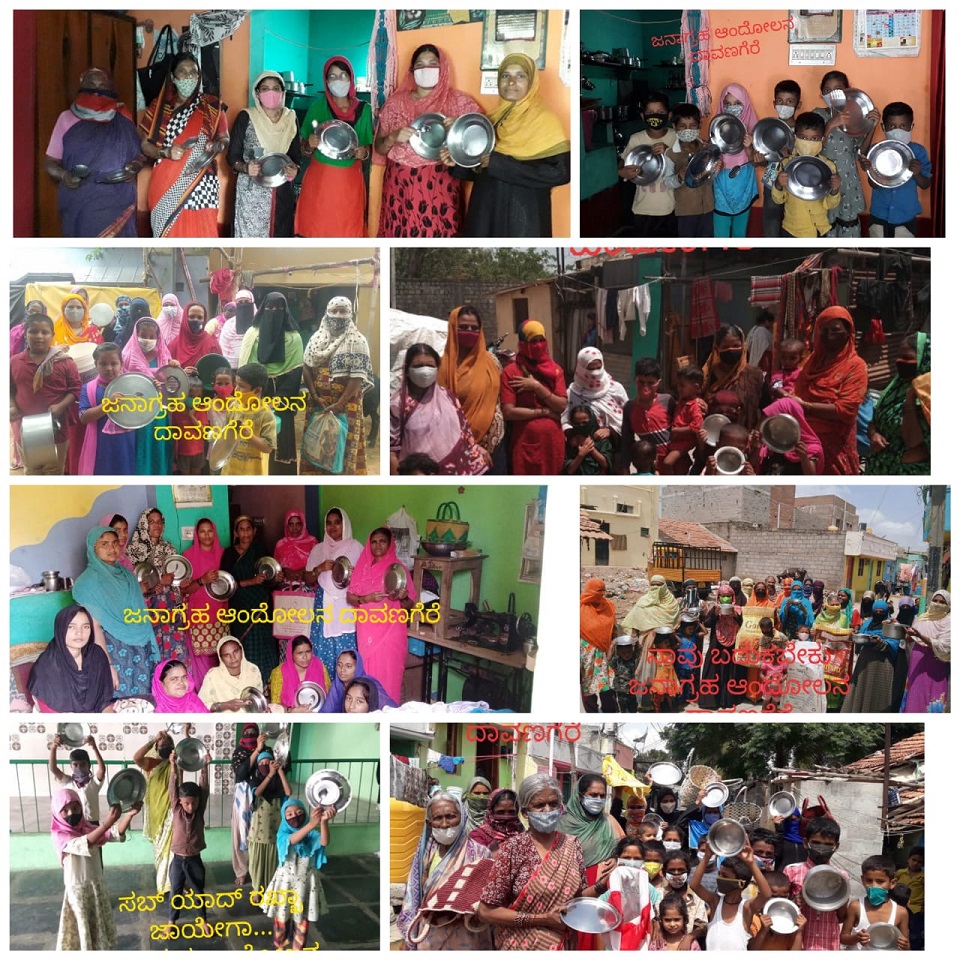 Five main demands of the campaign:

Janaagraha Aandolana is a result of the united outcry of the people impacted both by the COVID infection and the  measures like social distancing and lockdowns enforced to contain the spread of the virus. The “We Also Want to Live” protests on the call given by Janaagraha Aandolana argued the Karnataka Government to immediately implement these five emergency measures

Many pro-people organizations and political parties have extended their support to the campaign launched by Janaagraha Aandolana. The major mainstream political parties including Congress and JD(S) had also announced their support for the people’s demands. The campaign hopes, at least now, with such huge participation of the common masses, the government will listen to the people’s demands. But if the government does not accept the people’s demand, as soon as the lockdown restrictions are lifted, protests will begin right opposite the houses of all ministers and legislators, including the Chief Minister, warned Janaagraha Aandolana. One of the campaign posters articulating this warning said, “This time in our streets, next time in your street.” 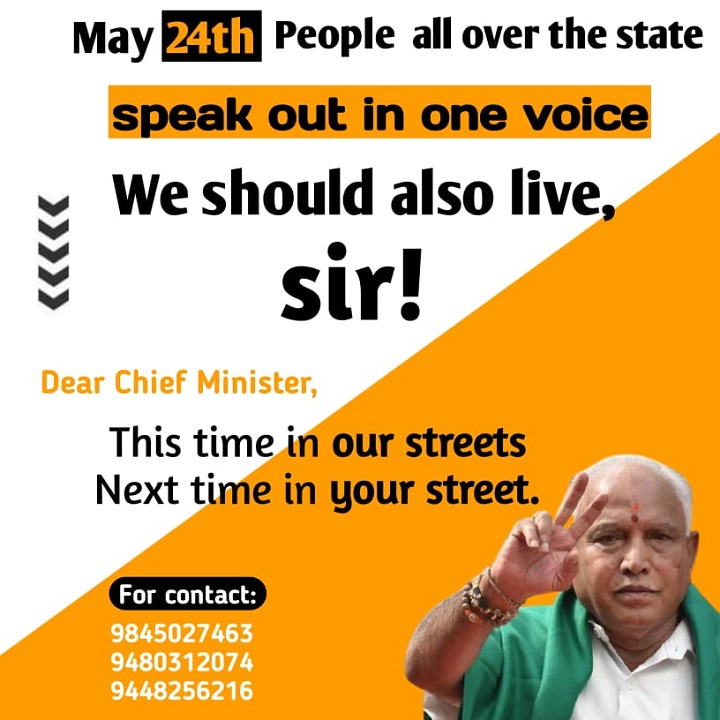 Share this
Tags : Karnataka Janaagraha Aandolana "We Should Also Live"