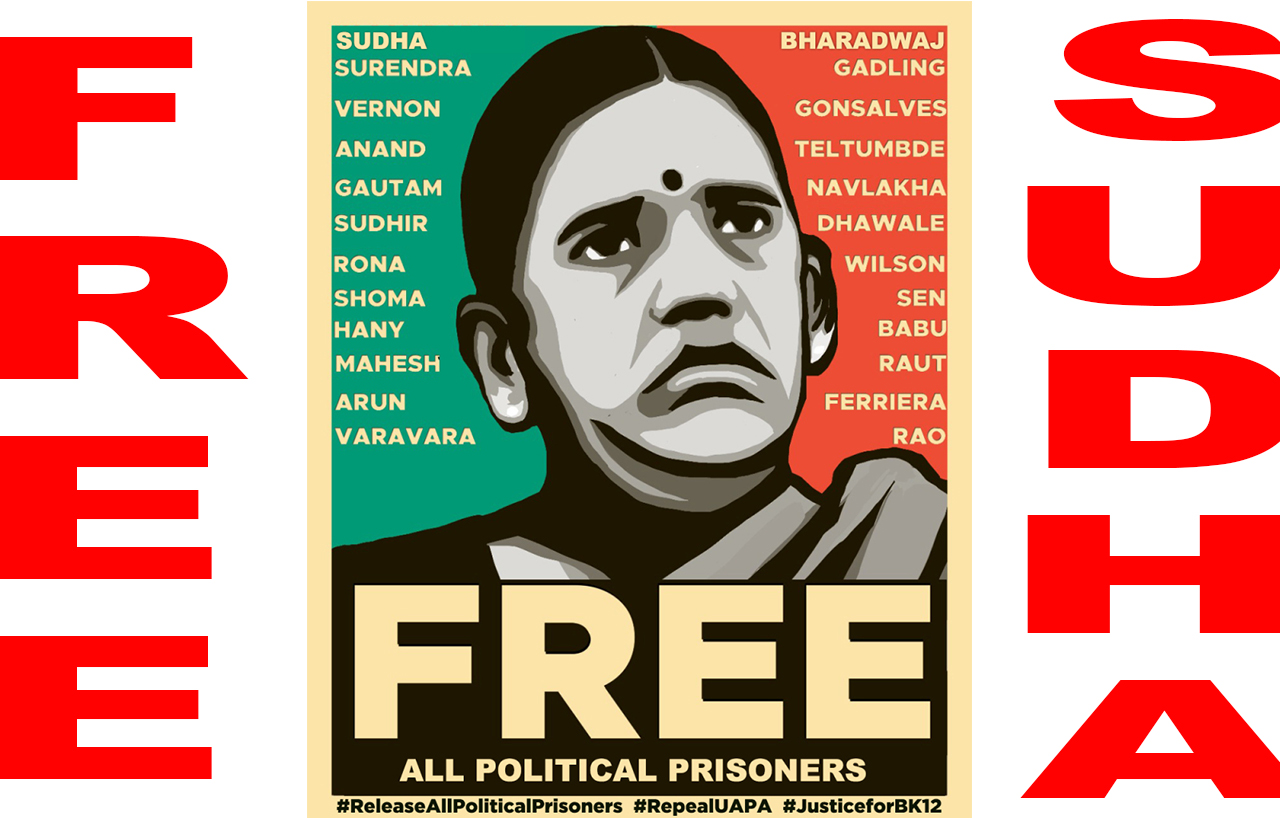 Trade Union leader and Advocate Sudha Bharadwaj’s health condition has deteriorated in Byculla Jail in Maharashtra. She has been complaining of body aches and diarrhoea in the past week. Her union members and family sent messages today saying she is having difficulty breathing. Even though these are typical symptoms of COVID and the jail has over 40 COVID positive patients, she is not being treated as per covid protocol. The Jail authorities claim that her RT-PCR for COVID is negative.

Sudha Bharadwaj was arrested two years back in the now infamous Bhima Koregaon Riots case. She has been an ardent activist for workers and Adivasi rights and has campaigned relentless as part of Chattisgarh Mukti Morcha for the rights of contract workers in Chattisgarh. She has also been a powerful campaigner against state violence against adivasis incarcerated in jails on charges of being maoist. It was not surprising that the government wanted to put her in Jail.

However, the case foisted on her was that she belonged to the banned Maoist party. The police claim that the documents recovered from another person points to her involvement in the Maoist party and her participation in their activities. However a US based Cyber Investigation team had clearly identified that the said documents recovered from Rona Wilson’s (another accused) computer were planted by a third party using sophisticated hacking softwares. The police have refused to investigate who this third party could be.

Even after the main case has floundered, the courts have refused bail to Sudha Bharadwaj and 14 others arrested in this case. Even her bail application in 2020 on medical grounds during COVID, was rejected. She suffers from Diabetes and High Blood Pressure. Now when the jail itself has become a hot bed of COVID with over 40 cases, the jail authorities argue that her test being negative is reason not to give her COVID specific treatment even though her current symptoms suggest COVID infection.

Workers and unions must demand the immediate release and proper treatment of all the incarcerated activists in the Bhima Koregaon – Elgar Parishad case immediately. They are in jail for fighting for our rights and liberties and it is our duty to protect them when the State is willfully negligent to their health conditions.

Send your message to the Government Loud and Clear!