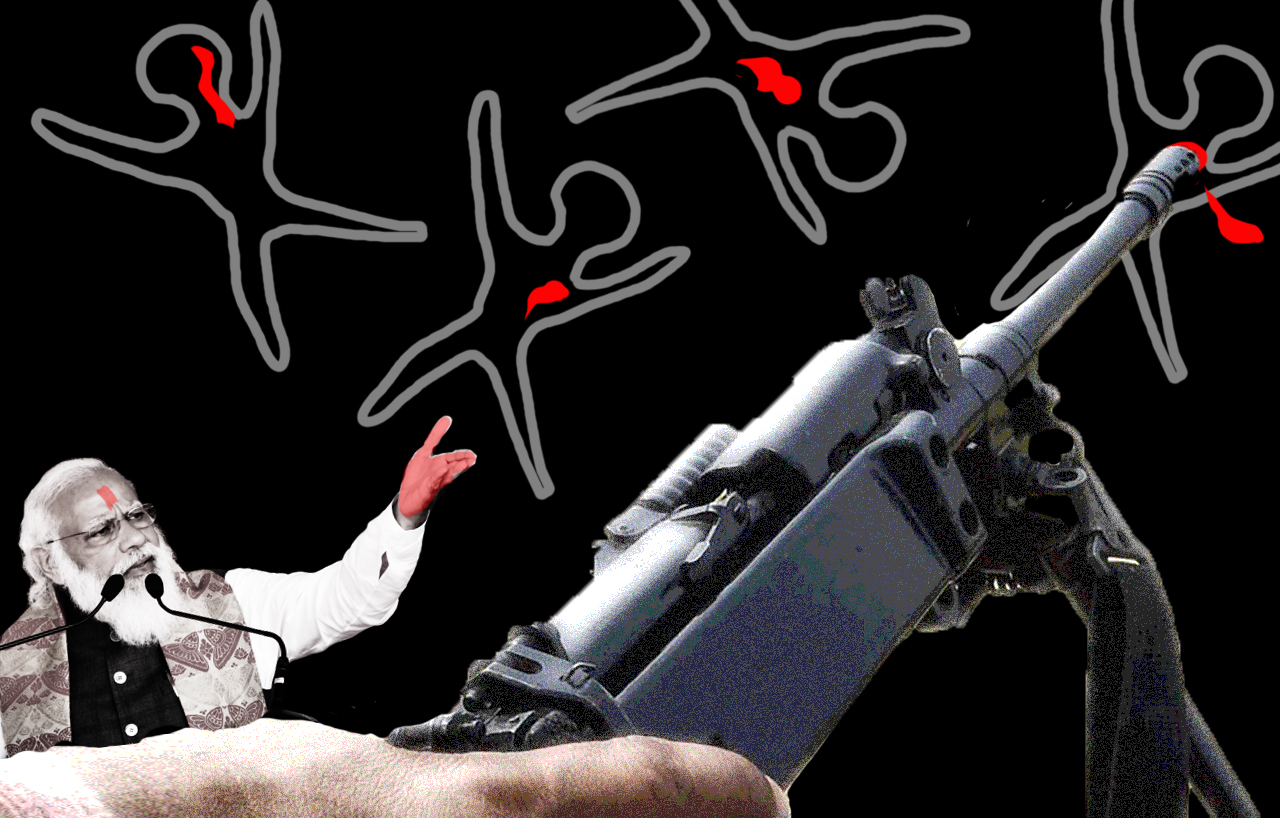 Manabadhikar Suraksha Mancha (MASUM), a human right organisation, released a fact finding report on killing of four Muslim migrant labourers by CISF at Sitalkuchi in the Coochbehar district of West Bengal in the name of protecting democracy. MASUM held the Central Government responsible for this brutal atrocity and trigger happy attitude of its forces.  It has demanded the whole incident to be investigated impartially by the NHRC and the guilty CISF Jawans be booked and prosecuted in the open court of law.

12 April 2021: Manabadhikar Suraksha Mancha (MASUM), based on its fact finding report in the Sitalkuchi incident, had lodged a complaint with the National Human Rights Commission against the the CISF (Central Industrial Security Force) Jawans for arbitrary use of lethal weapons and unprovoked firing leading to the death of four innocent people, who had came to cast their vote in West Bengal Assembly Election 2021.Described the incident as a shame on the world’s largest democracy, MASUM held the Central Government responsible for this brutal atrocity and trigger happy attitude of its forces.

The incident which led to the firing:

The details of the incident was narrated in the report. According to the report, on 10.04.2021 during the fourth phase of the election schedule, the villagers were voting peacefully since the morning at poll booth number 126, Sitalkuchi (Amtali Madhyamik Siksha Kendra) in Cooch Behar district of North Bengal. While polling was underway, some BJP cadres were taking 50-60 voters to the polling booth escorted by CISF personnels.

Trouble broke out at about 9.35 am, when a 14 year old physically challenged boy namely Master Mrinal Haque son of Majid Mia in the village was hit by CISF personnel at the marketplace near the polling booth. The CISF Jawans allegedly beat the boy mercilessly and the boy fell down on the street. The CISF Jawans tried to shift the boy to a car. The boy’s brother began recording the incident on his mobile phone. The CISF personnel snatched the mobile phone and beat up his brother too. On seeing this incident of torture by the CISF personnel upon the physically challenged boy and his brother, the villagers became angry and they protested. At this point of time the sector mobile officer informed QRT (Quick Reaction Team) and the QRT headed by CISF personnel came to the spot in a Bolero car. 4/5 CISF personnel got out of the car and instructed the gathered people to disperse but two CISF Jawans started firing arbitrarily. Before anyone could understand anything, four villagers were shot in their chest and several people were injured. Some villagers tried to capture this incident on their mobile phone but the Jawans snatched their mobile phone and beat them heavily.  The report points out that the CISF Jawans who fired on the voters were brought in from outside; the security forces present on duty at the polling booth did not open the fire. The CISF Jawans who shot dead the four people, got into their vehicle and left from the place.

Names of those killed and the wounded

Nur Islam was the sole earning member of his family consisting of 5 members. He was a migrant labour. On 08.04.2020 he came to his native place to cast his vote. After being struck by a bullet in his chest he was taken to Mathabhanga Sub Divisional Hospital where he was declared dead. Inquest was done by one executive magistrate and post mortem was done by Dr. N. Das. Manirul Jamal, also a migrant worker, was the main earning member in his family consisting of 7 members. He came to his village from Gangtok on 09.04.2021 to cast his vote. Chamiul, Hamidul Mia too were migrant workers. 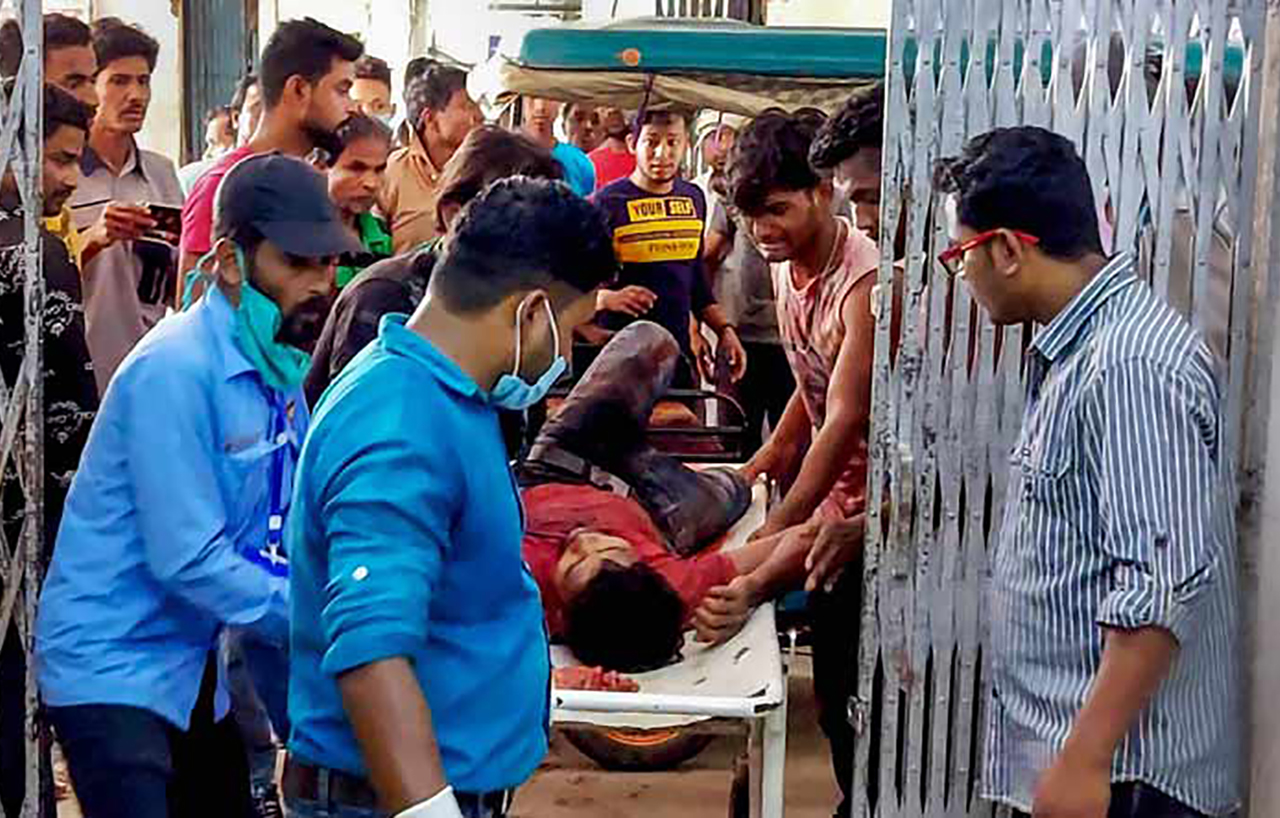 The CISF has released a statement after the incident. According to hat statement on 10.04.2021 at around 09.35 hrs, near Booth No. 126, QRT of CISF 567/C headed by Coy Commander Inspector/E Sunil Kumar was attacked by a mob of miscreants, about 50 to 60 in numbers, while they were taking round of the area along with local police to clear people who was resisting voters from reaching polling booths. CISF Booth Commander tried to pacify the miscreants but the mob entered the polling booth and few miscreants tried to snatch away the weapons of CISF personnel deployed there and when the mob started advancing aggressively towards CISF personnel, sensing imminent danger to their life, they fired 7 rounds towards the advancing mob of miscreants. The district superintendent of police of Cooch Behar, who had just joined duty there under order of Election Commission, seconded justification of firing by the CISF.

MASUM alleged that this is a case of arbitrary use of power by the trigger happy CISF personnel who shot dead 4 youths and after that fabricated the story of firing in self-defence. In its complaint to NHRC it has put up the following questions which are very much relevant in this case –

MASUM has demanded a judicial inquiry to be initiated as soon as possible. It said the Guidelines of NHRC on Encounter Death should be followed. The accused CISF personnels, including SP Cooch Behar, must be immediately suspended till the investigation in the case is over. Meanwhile, proper compensation should be provided to the family members of the deceased victims.