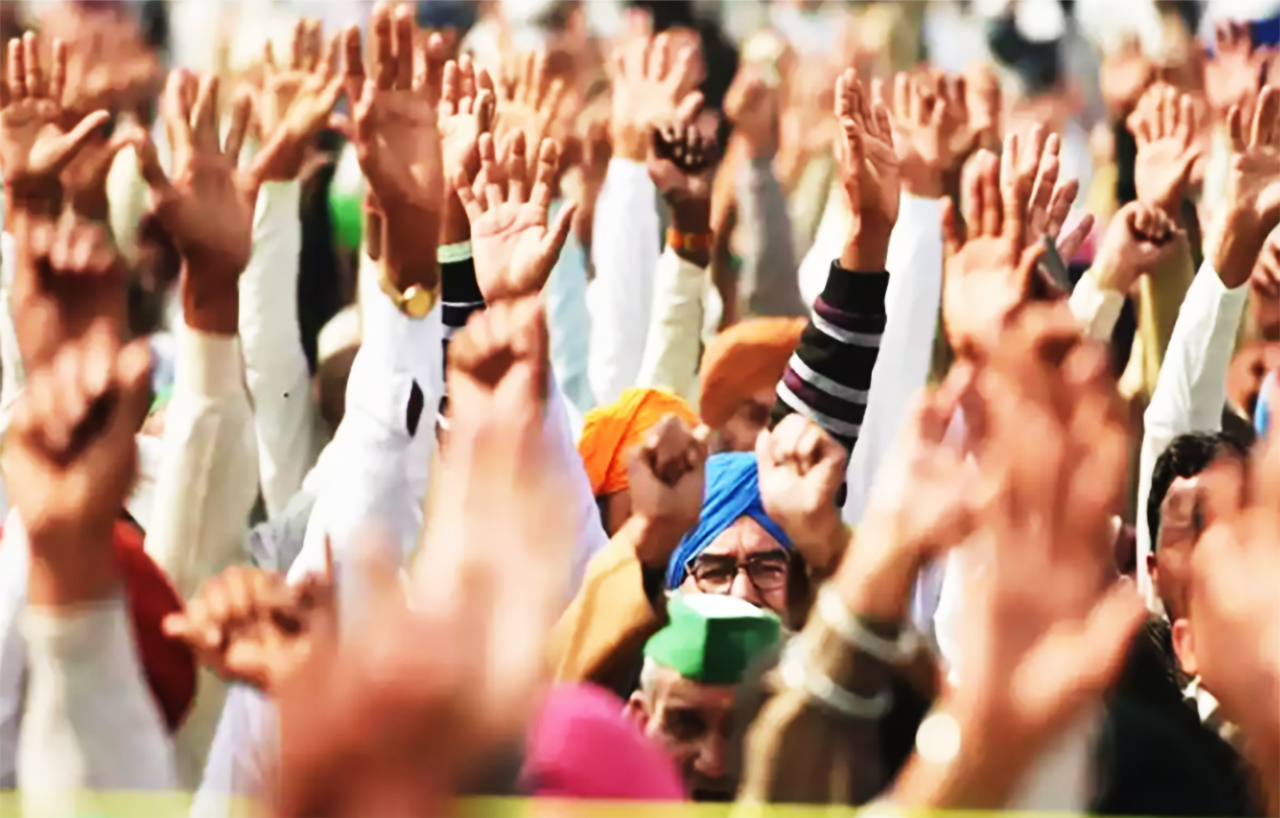 What is Black in the Farm Laws : Samyukta Kisan Morcha Releases Press Statement

Samyukta Kisan Morcha held a press conference in the Gazipur border and explained why they deem the three farm laws enacted by the Narendra Modi government as ‘black laws’.

The following decisions were taken yesterday in the General meeting of the Samyukta Kisan Morcha.

SKM member and farmer leader Biju and other leaders, who were holding the banner of No Vote for BJP / NDA in Trivandrum, were attacked and beaten up by BJP RSS workers.  We strongly condemn and oppose this act and behaviour.  Kisan Morcha has publically given a call to the people to vote against BJP.

As part of the Mitti Satyagraha Yatra, farmers were handed over the soil in Dandi, which was collected from 100 villages and in Bardoli, which was collected from 50 villages. The Yatra was welcomed in Umrachi. Farmers said that the Modi government wants to snatch the soil (land) of the farmers and hand it over to the capitalists. This yatra is being taken out against it. During the farmers movement, more than 320 farmers have been martyred to save the soil of the country.  This yatra is being taken out from the inspiration of Gandhiji to memorialize him by making a martyr’s memorial.

The yatra was stopped by the Gujarat Police in Umrachi.  The farmers of the country are fighting to save democracy.

The second Yatra of the Mitti Satyagraha was started from Rajghat in the Barwani district of Madhya Pradesh under the leadership of Medha Patkar, of NAPM and Narmada Bachao Andolan.  Representatives of Narmada Valley farmers, labourers, fisherfolks involved in the Mitti Satyagraha. This yatra is being taken out via Gandhi Samadhi, Rajghat (Kukra) from Barwani to Ratlam, Mandsaur via Dungarpur in Rajasthan, where both the yatras will meet and then it will take a turn towards Delhi borders (Shahjahanpur, Tikri, Ghazipur, Singhu).

A mega mahapanchayat of farmers and fisherfolks was organized in Manakudi near Kanyakumari in Tamil Nadu. Thousands of farmers, labourers and fisherfolks attended this rally. In this panchayat, people said that they will teach a lesson to the BJP and its allies during the elections.  The highlight of this struggle was the agitation in the sea where more than 300 boats assembled with big black flags.