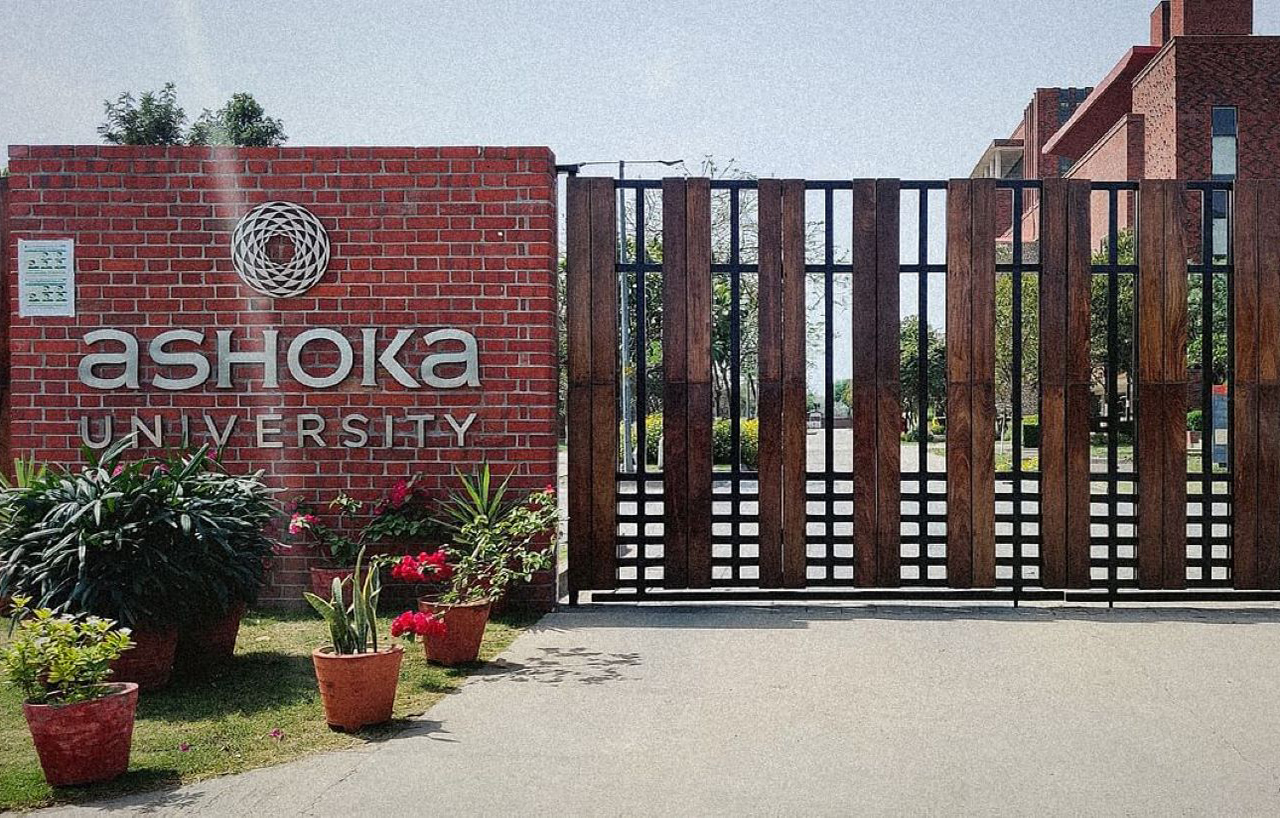 Critical Comments on the Mehta Affair

Last week, the trustees of Ashoka University, a private liberal arts college in Sonipat, extracted a resignation from the political scientist and public intellectual Pratap Bhanu Mehta which, soon after, prompted the resignation of Arvind Subramanian, the economist and former Chief Economic Advisor to the Government of India. Subramanian, who resigned in solidarity with Mehta, wrote that Ashoka University “can no longer provide a space for academic expression and freedom”. Mehta’s letter of resignation1 clarifies that his affiliation to Ashoka University was considered a “political liability” by the trustees. This was followed by student protests,2 which in turn prompted the authorities — along with Mehta and Subramanian — to release a statement about the whole affair.3

The discourse surrounding the Mehta Affair is fraught with confusion, so we at Notes on the Academy thought it would be worthwhile to jot down a few loosely related thoughts. Before we begin, we’d like to clarify: the purpose of this article is not to provide a defense of Mehta or his politics, which has been inconsistent4 to say the least and with which we have significant disagreement. Nor is the purpose of this article to rehabilitate the image of Ashoka University, which is no stranger to the accusation5 that the liberal ideals it champions do not reflect in the actual functioning of the university.

The Mehta Affair: Politics or its Pale Shadow?

Let us be clear: we are in the middle of a nationwide crackdown on dissent and civil liberties, academic freedom being one of them. This is bad. The Mehta Affair is a pale shadow of these processes; it would barely register in a reasonable media ecosystem.

As we alluded to above, Mehta isn’t exactly a shining example of dissent against our fascist overlords, unlike other academics like Anand Teltumbde, Umar Khalid, or Safoora Zargar. Where Mehta resigned from his position at a top university amid much fanfare, these three were imprisoned. The Indian media is abuzz with talk of academic freedom now, while a Google search for the latters’ name with the phrase “academic freedom” turns up scant material from the same sources. Why, we are forced to ask, is the Mehta Affair about academic freedom and not the Teltumbde, Khalid, or Zargar Affairs?

Consider this. Suppose you were someone who “unsparingly and courageously asks questions of power and the powerful,” as The Indian Express put it.6 Suppose you were fired from your job for being a political liability. Suppose the students at the university you were employed at started protesting in solidarity with you. What do you do? Let’s consider a second hypothetical now. Suppose you resigned from your job because your friend being forced to step down was in clear contradiction with your institute’s liberal values. The students start protesting in solidarity with your friend. What do you do? The answer, hopefully, is obvious to us all: you co-write a statement with the authorities who oppressed you so very much asking the students to calm down.

We would like to note that the strange facts noted in the previous two paragraphs are both elements of the replacement of politics with spectacle. The spectacle of an eminent personage stubbing their toe (or feeling snubbed on encountering a contrary opinion) is deemed more important, in a predictable manner, than any material harms visited on the common person. It is beyond the scope of this collection of thoughts to interrogate the origin of this process, but it would be remiss of us not to point it out.

On Courage and Capital

Apoorvanand, in writing about the Mehta Affair and the extent to which the state will go to silence its detractors, says the following about the promoters of Ashoka University:

“… capital and courage seldom go together – this has been proven again and again, at least in India. But minds are nothing without courage. Holding one’s head up high is key to thinking independently. Unfortunately, when these supposedly powerful and philanthropic people get a phone call from the rulers, they comply with the orders without much resistance.”7

Our belief is not so much that this statement is wrong as that it is entirely beside the point. The issue at hand is really not so much one of courage or commitment to liberal values, as Apoorvanand argues, as it is simply the class interests of capitalists, and more specifically the entente between capital and the state.

Capitalists have been made rich by the status quo, they have an interest in preserving it. One of the functions of the state is to maintain stability, which also involves preserving the status quo. These are not two unrelated facts.

“[the] interdependence of the state and its capitalist class is the historical source of the “common sense” understanding of the two as relatively autonomous spheres of social life. Since both the state and capital depended on the welfare of the other, they agreed to leave each other to their respective spheres. If capitalists demanded “freedom”—i.e., laissez-faire economic arrangements—and had the money the state needed to finance its war and imperial conquest, then it made sense for the state to back off. And in return, if the state provided capital with protection of its property rights and essential infrastructure for commerce (like roads), then it made sense to let the state do its thing.

In this relationship, the state (the realm of formal institutional “Politics,” with a capital “P”) came to be understood as providing the social container for the realm of activities we now call “the economy.”8

State and capital depend on each other. This is of course not to say that they never butt heads, only that they have many shared interests. The long and short of it is this: if an “intellectual” funded by a capitalist threatens to step out of line and step on the state’s toes, it is in the capitalist’s interest to shut it down. This relationship between capital (philanthropic or otherwise) and state structurally disincentivises any vigorous, full-throated defense of academic freedom. Talking about courage and liberal values in this context is, in our view, ignoring this more basic fact.

It is not our point to claim that there are no liberal values here, but to reject the idea that class interests are overshadowed by liberal values: the winner in any stand-off is pre-determined.

This naturally leads to the question: why do capitalists found universities and fund research at all, like they do in Ashoka University?9 Researchers tend to like their independence, and the direct propaganda needs of capitalists seem to have a path of less resistance in think-tanks.10

We can look for one answer at the veneer of liberal values that has so confused our media ecosystem: this funding provides legitimacy to the capitalist. Additionally, the troublemaking tendencies of academics are wildly over-estimated by this confusion, since academics face many selection pressures to be conformists in all but a few select ways.11

Finally, this discussion would be incomplete without noting that philanthropic private investment in higher education prioritises the donor’s values over the liberal ideals in which they are shrouded, as the Mehta Affair has clearly demonstrated. This is characteristic of philanthropy in all its forms. Philanthropy is, finally, fundamentally undemocratic; as Sally Haslanger writes12 in New Statesman:

“In effect, taxpayers subsidise the freedom of the rich to realise their own vision of what is good while simultaneously depriving democratically chosen programmes of valuable public funds.”

Those expressing their shock that a private university would capitulate in the face of state power would do well to meditate on the circumstances faced by the “independent” editors of media houses, newspapers, and magazines, where similar pressures have contributed to the decline of critical journalism.

The discourse surrounding Mehta’s departure from Ashoka University also betrays a resignation we seem to have collectively internalised: that publicly funded education was and will always be a failure and that private investment is necessary to revitalise it. See, for example, the aforementioned editorial6 in The Indian Express, which reads:

“The public university had long declined due to fiscal exhaustion and breakdown of the state system combined with the exit of the Indian elites from public institutions… In its stated commitment to the liberal arts, Ashoka seemed to make a prominent and welcome promise — to harness the resources of private philanthropy to address failures and deficiencies of both the state and the market.”

Indeed, this characterisation is not too different from the ridiculous joint statement issued by Ashoka University, Mehta, and Subramanian, which calls Ashoka University “one of the most important projects in Indian higher education.”3 Just so that we’re all on the same page: Ashoka University’s undergraduate programme charges a fee of Rs. 9.4 lacs per annum (tuition plus residence).13 This is not a university that caters to the “public”; it caters solely to the upper classes. Is this really the best future we can imagine for India, where only the upper classes can hope to enjoy a good education?

More generally, over the last two decade we have witnessed the growth of private investment in the education sector, with over three out of every four higher education institutions today being private.14 The same analysis of data collected as part of the All India Survey of Higher Education about five years ago concluded that while “there is high demand for public higher educational institutions, successive governments have failed to meet the demand, pushing students towards expensive and, very often, low quality private education.” At Notes on the Academy, we have discussed the rising cost of higher education at premier public institutions of higher learning.15 Clearly, the trend with all kinds of educational institutions is the same.

This increasing privatisation of education has been coupled with education in general becoming increasingly unaffordable for the majority of the country, with C P Chandrasekhar and Jayati Ghosh writing that “education beyond the secondary level is essentially unaffordable for most working people, and even school education involves costs for families that can be very high.”16 It is particularly heart-wrenching that they feel compelled to note that “the recent expansion in enrollment has come at a substantial cost to families, especially among the less well-off, who may have had to sell their few assets or take on debt simply to educate their children.”

It would appear, then, that the entry and proliferation of private players in the education sector has done little to make quality education more widely accessible and affordable. Further, it actively works to sap quality educators from accessible public institutes by providing better compensation.17 Evidently, from our earlier discussion, it appears structurally incapable of protecting academic freedom too.

We can only conclude that our collective resignation was misguided. While private philanthropy may help revitalise research and education in certain ways, it unavoidably creates problems of access by being inaccessible as well as by sapping quality from accessible alternatives. Thus, we believe firmly that the scope and reach of public education should be expanded, and this territory ought not to be ceded to the private sector. It is our generation’s responsibility to supply creative solutions to the problems plaguing public universities and colleges, and not to admit defeat and endorse the state’s retreat from the education sector.