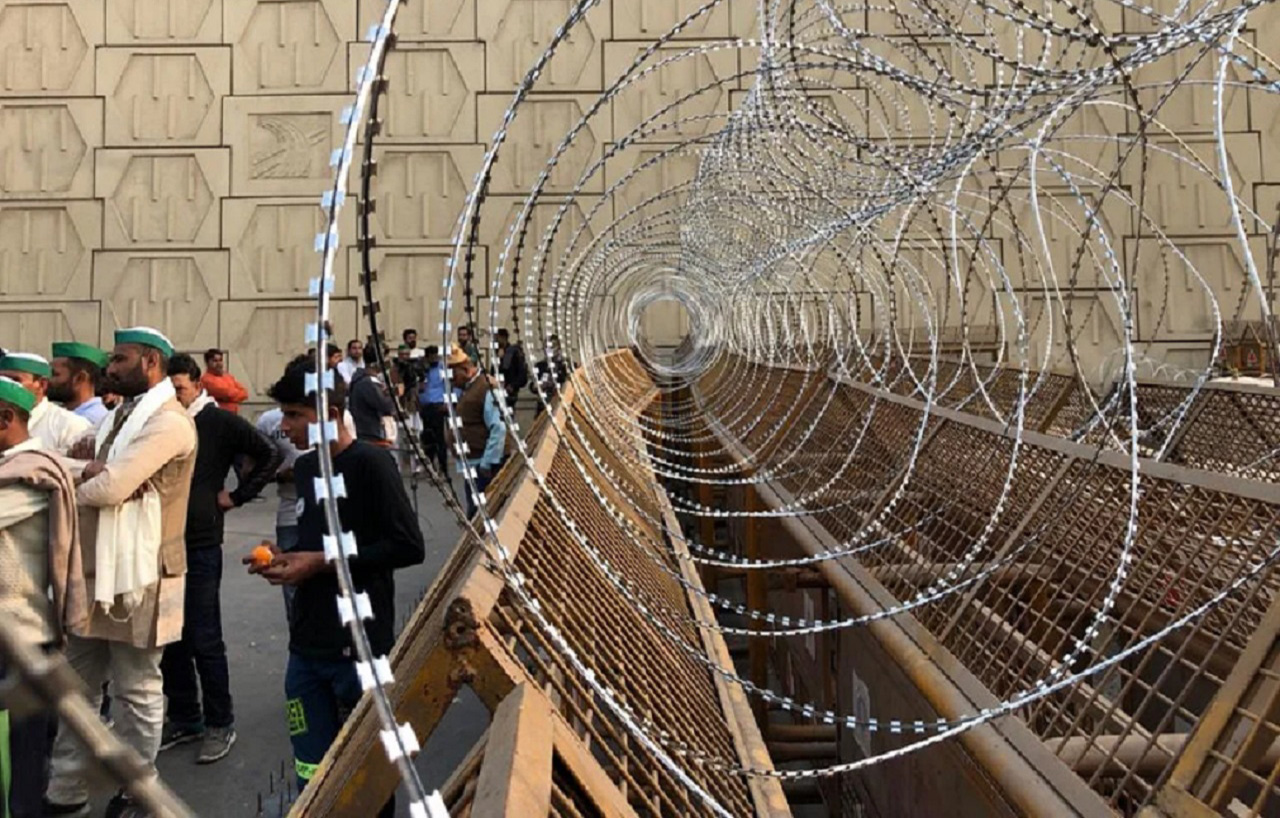 Farmers protest gets massive global support. On 27 February,  over 100 labour and rights organisations in Canada, UK, USA, France,  Germany, Norway etc. issued a solidarity statement through a  full-page advertisement in Toronto Star, in support of the ongoing farmers struggle to repeal the pro-corporate Farm Laws enacted by the government in India.  The solidarity statement reads : As organizations that work to extend and defend democratic rights, we salute the heroism of the farmers and pay homage to the departed souls who sacrificed their all to the larger  cause. We demand that the Government of India stop vilifying the movement and criminalising the human and  democratic rights defenders and others who are part of the widespread support for it from diverse sections of  Indian people.

Statement of Solidarity with Farmers of India

The farmers’ agitation for the repeal of the pro-corporate farm laws has become the largest and longest  sustained non-violent movement in Indian history, surpassing Mahatma Gandhi’s historic Dandi March against  the abhorrent Salt Law of the British colonial regime.

The Modi regime rammed the farm laws stealthily through Parliament in September 2020, using its brute  majority in the Lok Sabha, resorting to the questionable maneuver of a voice vote in the Rajya Sabha where it  did not have a majority, and counting on the pandemic to muffle opposition outside Parliament. These laws  were drafted without any consultation with farmers or their representatives, the farmers’ unions. The farmers  have consistently opposed these laws, which go against the promises and commitments made to farmers by  different governments over several decades. This is especially ironic given that Prime Minister Modi’s BJP  campaigned on a pro-farmer platform, including making a minimum support price (MSP) mandatory and  implementing the Swaminathan Report that is critical to saving India’s agriculture and farmers. The laws  blatantly advance the interests of Modi’s crony corporate capitalists, such as Ambani and Adani, against those  of the vast majority of the agricultural sector, effectively throwing farmers to the corporate sharks.

The government and its propaganda machines, acting in the interests of a narrower and more exclusively  corporate elite than any government has in independent India’s history, have concentrated not on finding  solutions but on delegitimizing the protests and all who support them as representing special interests (large and  rich farmers) in prosperous states. Nothing can be further from the truth. This movement goes back to at least to  2017 and the unions associated with it represent a wide cross section of the farming community from across the  country – from agricultural labour to marginal, small and medium peasantry. The All India Kisan Sangharsh  Coordination Committee (AIKSCC) represents 250 organizations from 20 states, a unique broad coalition, from  Dalit agricultural laborers to small and middle peasants. In fact it is the AIKSSC which through a private  members bill (supported by 21 political parties other than the BJP) introduced in 2018 a reform agenda towards  making farming debt-free and sustainable.

For several months the hundreds of thousands of farmers protesting peacefully on the borders of the national  capital have faced and withstood brutal repressive policing including water cannons, tear gas and barricades in  the near freezing conditions of a Delhi winter. 220 farmers have died as a result of the harsh conditions, a few  unfortunately by their own hands as despair overcame them. The full participation of women in the protests,  whether as tractor drivers or marchers, is another notable feature of the farmers’ agitation. Denying and defying  the patriarchal stereotypes of rural north India through their participation in the protests, the women have  demonstrated their full status as farmers on par with men. Another feature is the participation of older farmers,  some in their 80s, providing evidence of the determination of the entire farm community to defy the diktats of a  repressive regime. \

After the attempt of the regime to subvert the non-violent peaceful protest demonstrations on January 26, the  farmers’ agitation has now entered a new phase. First, the already growing support for it from farmers across  India is now even stronger, with vast gatherings or mahapanchayats of farmers held in the states of Uttar  Pradesh, Haryana and Punjab. Second, with the state’s vilification and criminalization of the farmers and those  who have come out in support of them, including youth, journalists and human rights defenders, the movement has now acquired the character of a broad-based attempt to defend the very democratic rights enshrined in the  Indian Constitution, most importantly, the freedom of speech and assembly and the right of peaceful dissent  from and opposition to the actions and policies of the government. Third, the recent declarations of support for  the farm laws by the IMF and the US government indicate the range of forces backing them, adding an anti imperialist dimension to the struggle against them.

As organizations that work to extend and defend democratic rights, we recognize that an attack on such rights  anywhere is an attack on them everywhere. The farmers are literally sacrificing their well-being and putting  their lives on the line to uphold these constitutional guarantees on behalf of all the people of India and are  setting a glorious example to the entire world. Their heroism and their sacrifice deserve our strong support and  our undying gratitude.

We salute the heroism of the farmers and pay homage to the departed souls who sacrificed their all to the larger  cause. We demand that the Government of India stop vilifying the movement and criminalising the human and  democratic rights defenders and others who are part of the widespread support for it from diverse sections of  Indian people.

We support the farmers’ demands that the Government of India take the following actions:

REPEAL THE POLLUTION PENALTY ON FARMERS

Academics and Activists Against Hate, Canada

Between the Lines Books, Toronto

Canadians Against Oppression and Persecution

Good Jobs for All Coalition, Toronto

The Kurdish Women’s Initiative in the UK

Toronto Association for Democracy in China

Voices Against Fascism in India