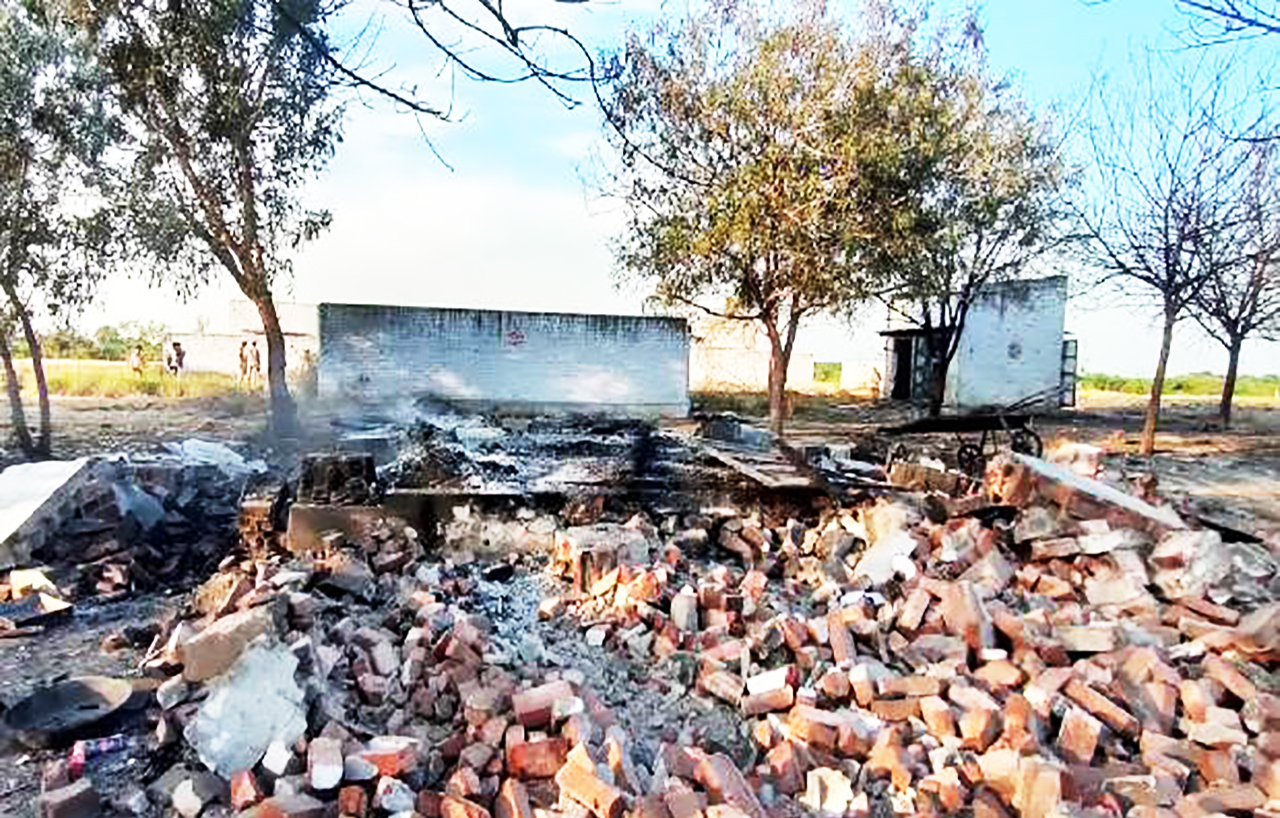 A firecracker factory blast in in Achankulam, Virudhunagar, Tamil Nadu took the life of 19 workers from financially backward and Dalit communities. While the administration has claimed to have initiated investigation, fact remains that such incidents of workplace deaths of marginal workers are frequent, largely unattended and quickly forgotten in the Virudhunagar-Sivakasi-Sattur region and elsewhere. A Groundxero report.

At around 1.30 pm on Friday, there was a sudden blast in a firecracker factory in Shree Mariamman FireWorks in Achankulam village near Sattur in Virudhunagar district, Tamil Nadu. The blast caused the entire building to collapse. The death toll has now risen to 19, including a child worker – 16 bodies have been identified and 3 have been charred beyond recognition. So far 36 workers have been hospitalized at Sivakasi, Sattur, Kovilpatti and Madurai GRH, as stated by the Virudhunagar Collector.

The Virudhunagar-Sivakasi-Sattur region has been hosting a large number of firecracker factories, producing 90% of firecrackers made in Tamil Nadu over many years. It is a common practice amongst these factories to not maintain the mandatory safety standards; moreover, the sultry climate adds to the risk. Many workers, including the affected ones in this blast, come from financially backward communities and Dalit castes. In general, women and children are present in  significant numbers in this profession.

A report on the incident, in Workers Unity quoted workers who said, accidents are frequent in these factories, even causing permanent disability in many cases. Due to the exposure to various toxic substances such as chlorite, barium nitrate, aluminum chemicals, potassium nitrate used in making crackers, the workers suffer from various diseases. Local contractors hire people without any precautionary training; workers are then provided inadequate hot and humid spaces to handle these dangerous explosives.

Despite all this, no safety and health regulations inside those factories are strictly monitored by the government agencies. 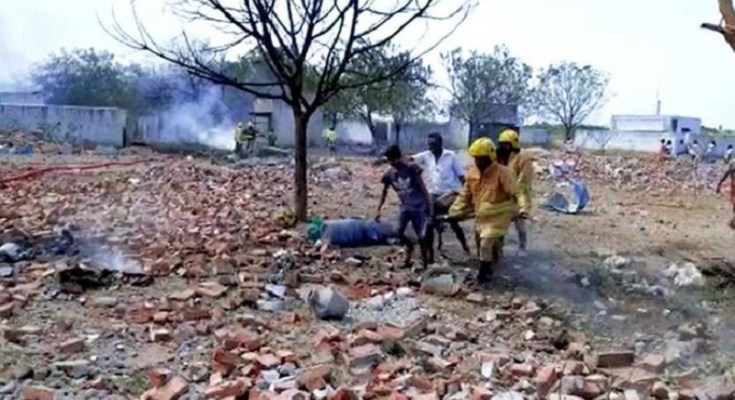 After the blast, the Left Trade Union Council (LTUC) demanded compensation for the victims, proper and free of cost treatment for the injured, as well as an immediate investigation. Several social workers demanded compensation for the people who have lost their lives. to be retrieved from the owners. Meanwhile PM Narendra Modi expressed his condolences after this incident.

Elayirampannai police booked a case against six persons including the absconding owner of the unit, Santhanamari under Sections 308, 304 (ii), 109, 19 (b) of IPC read with 9B1 (a) of Indian Explosives Act, while the lessee of the unit has been arrested. Reports have been sought from Revenue officials and Petroleum and Explosives Safety Organisation (Peso) to initiate necessary action. The unit was functional under Peso license from Nagpur.

According to the RDO, so far Rs 5 lakh and Rs 50,000 have been given on behalf of the factory as compensation and assistance for funeral rites respectively, to each of the deceased’s families. Deputy Chief Controller of Explosives K Sundaresan, Sivakasi has assured an inquiry by a three-member team.

Other explosions in the region

While this blast is one of the major one in the region in the last few years, there is no dearth of such incidents in this industry. A 31-year old worker was injured in another accident that took place in a cracker unit, damaging several rooms, in Kakkivadanpatti in Virudhunagar district the day after the Achankulam blast. Earlier on September 5, 2012, there was a massive explosion in Muthalipatti village in Sivakasi that claimed 38 lives. In November 2013, a blast in Olugucherry in Thanjavur killed 9, whereas in October 2016, yet another blast in a Sivakasi factory took the lives of 8 unfortunate workers.

Headlines are made when such accidents occur and several lives are lost, only to be forgotten very soon, by the government, the trade unions, the media and even the civil society at large.